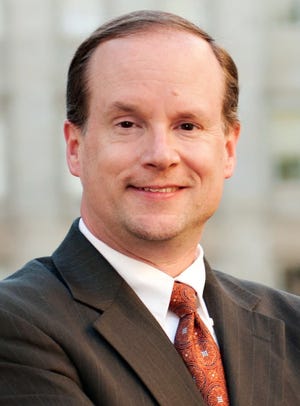 Why numbers matter in the political debate

RALEIGH – I promise I’m not a math geek. So why do my columns on North Carolina politics and public policy so often feature rankings, economic data, or other statistics?

Because if you want to write seriously about these topics, you have to pay attention to numbers. While we tend to form our deepest political beliefs in response to upbringing, relationships, and emotionally compelling stories, we often decide how we feel about a specific issue, and especially how urgent we feel. think it is, in response to the statistical assertions of political actors. .

These are clearly matters of intense public interest in our state. These are also empirical assertions. They cannot be assessed on the basis of anecdotes or political slogans.

We are all subject to cognitive biases, of course, including the tendency to select as valid statistical evidence that confirms our prior beliefs while ignoring or disparaging any statistical evidence to the contrary. The fact that we all feel this temptation, however, is not a good reason to return to bluster and mutual contempt. This is a good reason to read a lot, to study carefully and to engage constructively.

If you sincerely hope to persuade others that their factual claims are wrong, you must be open to the risk that your factual claims will turn out to be wrong. No need to worry though. You don’t have to give up your core beliefs to consider this possibility – because, let’s face it, your core beliefs probably weren’t formed by a statistical assertion in the first place!

Take the case of economic mobility. Almost everyone thinks it should be easier for people born into poverty to get out of it. Disagreements arise when we become more specific about the scope of the problem, its root causes, and the best ways to fix it.

Eight years ago, the findings of a new academic study ignited a firestorm in North Carolina’s largest city. The researchers found that among the 50 most populous metropolitan areas in the country, Charlotte ranked precisely 50th in terms of economic mobility. Shocked, local leaders responded with meetings, task forces and new initiatives. More broadly, as North Carolina took a right turn under a GOP-controlled General Assembly, critics often pointed to Charlotte’s latest ranking as proof that too many people in our state were still being left behind.

Well, the study was then updated and refined. Thanks to fantastic reporting of its findings by local radio station WFAE, we have a much clearer idea of ​​what the data really shows about economic mobility – and why its measurement is so complicated. Mobility remains of course a real problem. But Charlotte (and, by implication, North Carolina as a whole) should never have been labeled last in the nation. By some measures, it is closer to the average.

For example, when measuring income disparities or mobility or growth over time, should we focus on individual income or household income? The initial mobility study focused on the latter. It’s understandable – we all live in a household, after all, whether it’s a one-person household or a married couple with many children.

However, if you divide income by household rather than by person, and then track the numbers over time, your metric won’t just reflect changes in income received. It will also reflect changes in family structure. If a married couple earns $50,000 and then divorces, you go from a $50,000 household to two households with an average income of $25,000. A 50% drop in average income? A little, but such a statement is very easy to misinterpret.

When it comes to measuring complex realities, there will never be a single set of statistics that everyone will accept as gospel. We will continue to argue about them. I look forward to this.

John Hood is a board member of the John Locke Foundation and author of the novel Mountain Folk, a fantasy story set during the American Revolution (MountainFolkBook.com).