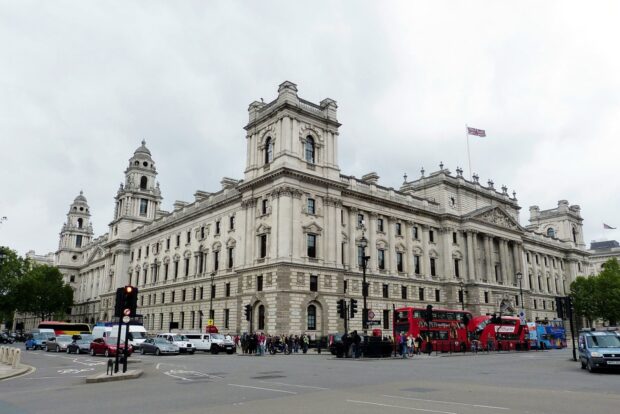 PA Consulting Global Government Forum and Responsive Government Inquiry examined the views of officials in nine countries on their governments’ responsiveness to the changing demands and pressures of modern government.

The survey, which received 873 responses, including 133 from senior officials, across nine countries, found that nearly three-quarters of respondents (72%) agreed with the statement, “My organization is great at learning and responding. quickly to respond to changing citizen and user needs ”, with only 19% of opinions disagreeing.

But among those polled, the UK stood out for its lack of confidence. The weighted average scores revealed that the UK had the lowest overall score with its leaders particularly negative on issues of bureaucracy, budget, technology, people and collaboration. Only 12% of senior UK officials agreed with a statement that there was “little unnecessary bureaucracy in their organization”, with 85% disagreeing. Senior UK officials were also skeptical that their organization provides an environment in which people with a wide range of skills and opinions are available at short notice to help solve problems, with just 38% agreeing, compared to about three in five more widely.

The UK – both at the upper and lower levels – was also the least convinced that it gave people dedicated time to research new ideas and solutions. British officials were the least certain of those in the Five Eyes countries that calculated and proportionate risk-taking is encouraged and that ideas are never disregarded without consideration.

This theme continued throughout the UK responses. UK leaders were particularly depressed about their organizations’ ability to hire new talent to support the change, with just 19% agreeing with the statement versus 62% who disagreed – a gap that made a difference. makes an outlier.

On a related note, UK leaders had gloomy views on fiscal capacity: only 23% agreed they had a dedicated budget sufficient to pursue change, compared to 58% who did not agree. OK. However, most nations were generally dissatisfied with their budgets; Sweden was again the outlier in the management group, with 60% strongly agreeing that their budget was sufficient.

Inter-ministerial cooperation was worst in the UK, where less than a third (31%) of leaders agreed that we have an open workflow and knowledge exchange with other government organizations. In contrast, the United States leads the Five Eyes group on this point: 64% of officials agree to some extent.

UK score low despite government breaking new ground in coronavirus response, with Treasury putting leave program in place in just weeks and intergovernmental programs being developed to house the homeless and providing food for those protecting themselves from the pandemic.

Indeed, the UK cohort recorded the strongest agreement among the Five Eyes countries that adapting to the change from the pandemic helped develop important capacities that were not previously present, with 83% of the core group and 96% of leaders agree.

But that did not lead to higher scores overall, although the UK civil service did score high in other measures of civil service performance. Are British officials too self-critical in the face of a very combative media and political culture? Do negative responses reflect the impact of a murderous period of political division in which they were often publicly vilified by their ministers?

In the Responsive Government Survey, Philip Oliver, public sector strategy expert, PA Consulting, attributed these low levels to a combination of factors, including long-term austerity and underinvestment in IT and data, rigid pay structures that deter talent; and a perception that the service has become more politicized.

“The line between executive and civil service, which has been firmly entrenched in the UK for many years, has become more blurred recently,” said Oliver. “The public service is there to provide balanced and impartial advice to ministers. It is also there to convey seemingly very difficult messages that sometimes prevent a government from fully implementing what it wants to implement. And, while I am not saying that there is no work yet to fully develop the proposals and proposals, officials are now placing much more emphasis on the political implications of decisions and advice.

Neil Amos, head of police and justice for PA Consulting, highlighted the government’s feeling that “if they want to do something, they will get people to make it happen”, which could have the effect of undermining confidence and optimism among officials about the job.

But, on the bright side, Amos is not surprised that UK respondents were positive about their response to Covid and suggested the pandemic had ‘galvanized’ for the civil service. “In a way, people were freed from their bureaucratic chains, because things had to be done – the immunization program, the ventilators, the discharge program. Psychologically, there is something about the fact that only government can do these things.

“After being beaten over the head for so many years and saying ‘the public sector bad, the private sector good’, the pandemic has restored officials that it is the public sector that has to respond to this – in partnership with industry, of course, but it has to be government led.

The 2021 survey is a pilot project that will expand in scope and coverage in the coming years.

De Blasio fought for 2 years to keep the ethics warning secret. Here’s why.