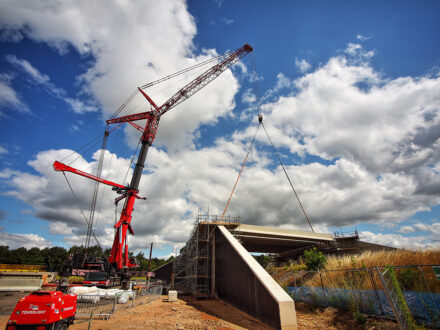 The government’s own infrastructure advisers have said it should give councils the power to “race to the top” and stop forcing them to compete for pots of regeneration funding.

The latest report from the National Infrastructure Commission on Infrastructures, Cities and Regeneration, which was released today, said that “the leveling of cities will require a change in the government’s approach, from announcing several closed pots of money – on which councils have to compete – in place of power, to local areas to implement their own infrastructure strategies with budgets devolved over five years â€.

The commission said it found around 15 separate funding streams for local transport, and these should be grouped into two.

One would be for decentralized and flexible budgets based on population and the size of local transport networks, and the other would be a targeted program for areas underserved by transport or where new industries could develop.

Municipalities outside London should be allowed to spend Â£ 6bn per year on transport investment over the next five years – a 40% increase in investment from 2019-2020 – to keep pace with increased investment in centrally managed transport infrastructure. This financial boost would be enough for each communal area in England to take care of priority infrastructure projects in its area.

Along with increased control over funding and decision-making over local infrastructure investments, all counties and unitary authorities should receive five-year infrastructure budgets to match the provisions of the combined municipal authorities, the report said.

The commission said this increased funding would allow county and unit authorities â€œto plan and implement locally developed long-term infrastructure strategies that reflect the particular economic and social needs and opportunities of cities in their area. region “.

The commissioners said they engaged with “dozens of civic and business leaders” in preparing the report and also polled public opinion.

They concluded that a move towards greater decentralization “would place decision-making in the hands of local leaders, while ensuring that businesses and local residents are accountable for how funding is spent”.

â€œTown halls would then have the resources to develop a clear vision and strategy for economic development, including infrastructure, based on local strengths and priorities. “

But the commission said infrastructure investments alone cannot change economic fortunes, and other policies – including education and skills – must be coordinated in growth plans.

Commissioner Bridget Rosewell said: â€œThe upgrade cannot be done from Whitehall. Every English city faces a different set of challenges and opportunities and local leaders are best placed to develop strategies to deal with them.

â€œCompeting with other boards for multiple pots of money creates short-term focus, ongoing uncertainty and wastes staff time. Local councils must be empowered and held accountable for implementing transformation plans for the future. “

Association of Local Governments for the Economy spokesperson David Renard (Con) said: â€œRecent government support for investments in local infrastructure has been significant, but these funds are sometimes fragmented and complex.

“Reducing and simplifying the number of funding sources available for counseling and providing long-term certainty will help the boards plan and deliver better transportation and connectivity across the country.”

Cllr Renard said that “with the right tools, the council could help rebuild their communities, help level the country and meet the challenges posed by the pandemic.”