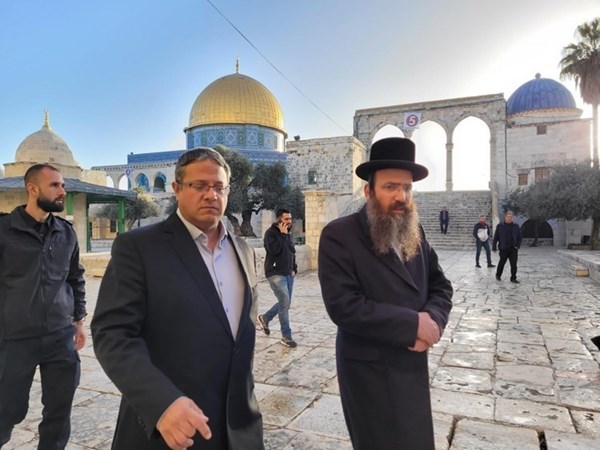 Israeli Wallah! The news agency reported on Wednesday that the Biden administration does not expect to work with Otzma Yehudit party leader MK Itamar Ben-Gvir if he is elected a minister in Benjamin Netanyahu’s new government.

The report says the US administration’s refusal to work with Ben-Gvir could represent a “decisive development in Israel-US relations” and will inevitably have immense “negative consequences” for relations between Washington and the United States. “Tel Aviv”.

Ben-Gvir had announced that he was interested in assuming the post of Minister of Internal Security, a position whose holder is responsible for overseeing the Israeli police and policies around the holy sites of Al Quds, including the compound. of Al-Aqsa Mosque.

The post of Minister of Internal Security is a key position in the government as its holder is heavily involved in a series of joint cooperations with the United States on various political and civil issues, including the status of occupied Al-Quds, the issuance of visas to the United States, and other security-related matters.

The Israel Elections Committee announced that the final turnout in the Knesset elections was 71.3 percent, the highest since 2015.

The results of the preliminary samples of the Israeli Knesset elections indicated that the “right-wing” parties, led by the leader of the Likud PartyBenjamin Netanyahu won 62 seats.

Ben-Gvir often provoked the Palestinians by storming the Al-Aqsa Mosque and wandering its courtyards under the guard of the Israeli occupying forces.

October 30Israeli news media ynet reported that Ben-Gvir had pledged to push for legislation to end the corruption trial against former Israeli occupation Prime Minister Netanyahu if he was elected to the new government.

Read more: Shtayyeh: The Rise of the ‘Right’ in Israeli Elections Because of Racism