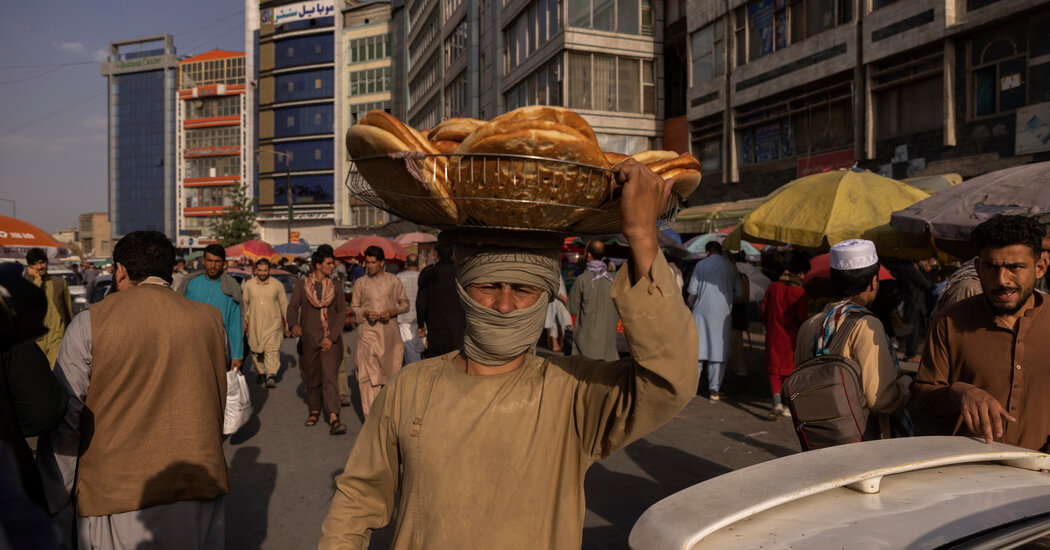 Under the Taliban, life in Kabul is changing again

The Americans are all but gone, the Afghan government has collapsed, and the Taliban now rule the streets of Kabul. Overnight, millions of Kabul residents had to navigate an uncertain transition after 20 years of US-backed rule.

On Tuesday, nine days after the Taliban returned to power, government services were still largely unavailable. Residents find it difficult to lead their daily lives in an economy which, supported for the past generation by American aid, is now suddenly in free fall.

Banks are closed and liquidity is scarce even as food prices rise. Gas is more and more difficult to find.

As US forces clung to the international airport for a hasty evacuation, the Taliban continued to tighten their grip on neighborhoods and streets in the capital. As relative calm reigned in the capital, in stark contrast to the general melee at the airport, many residents hid in their homes or only ventured cautiously to see what life might be like under their new rulers.

Reports varied between neighborhoods and people, providing an evolving and at times contradictory snapshot of life in a city ruled, once again, by the Taliban – a movement now promising moderation and inclusiveness but with a history of adherence to a hard and intransigent Islamist order of society.

Even residents who said they feared the Taliban were struck by the relative order and calm in the streets – a stark contrast to years of increasing crime and violence that had become a daily facet of life in the capital.

But for some, the calm is worrying.

A resident named Mohib said the streets in his part of town were deserted, with people crouching in their homes “in fear and terror”.

“People think the Taliban can come anytime and take everything away from them,” said Mohib, who, like the dozen residents interviewed for this article, is only identified by first name for security reasons.

In central areas with many Taliban, women were few and those who ventured wore the burqa, the full-body garment that covers the face, said Sayed, an official.

But elsewhere in the city, with a slight Taliban presence, women went out “in normal clothes as was the case before the Taliban,” Shabaka said, adding that she herself had gone out and met the Taliban without. incident despite wearing his “usual clothes.” “

While she said there was an underlying fear in her neighborhood, she said the situation was calm as well.

Others had positive things to say about the arrival of the Taliban, unlike their US-backed Afghan predecessors, widely despised for their corruption.

In the Company district on the western outskirts of Kabul, although gas is increasingly difficult to find, road traffic and business have almost returned to normal.

Truck and bus drivers said Afghanistan’s highways had become safer now that the Taliban had consolidated their control over the country. The drivers hailed the removal of dozens of checkpoints where security forces and militias had previously extorted bribes – replaced by a single toll payment to the Taliban.

“We are happy with the Islamic Emirate,” said Ruhullah, 34, a resident of Wardak province who drives a passenger bus along the main road from Herat to Kabul. “With the arrival of the Taliban, our problems were solved. There is no more police harassment and corruption.

In the vacuum created by the fall of the Afghan government, Taliban leaders have reached out to Russia and former Afghan president Hamid Karzai as they deliberate on the form of a new government.

But in Kabul, so far there was little evidence of new authority in government offices.

In a government electronic identity office, Khalid said, there was not a single official, not even “a talibé to answer”.

Officials were not showing up for work, fearing retaliation from the Taliban, Khalid said.

Staff changes were taking place in other government offices, other residents said.

“Those who had government jobs lost them, and the Taliban are appointing new employees,” said Raziq, a travel agent.

The Taliban’s rapid takeover undermined a fragile economy that relied heavily on foreign aid. While the United States and the International Monetary Fund have shut down the flow of money to Afghanistan, the Taliban have remained isolated and face a financial crisis.

In addition to closing banks, hawalas, informal money transfer businesses, residents said. People were racking up scarce US dollars as the local currency, the afghani, continued to hit new lows.

People were running out of money because they did not have access to their bank accounts, said Rahmatullah, a journalist.

“And people can’t borrow because nobody has cash,” Rahmatullah said.

Inflation has made everyday life more difficult for people. The price of five liters of cooking oil has risen to 1,200 afghanis, from 500 previously, Rahmatullah added.

Many residents confirmed that overall the food was more expensive.

But some locally produced fruits and vegetables were cheaper than before because borders are closed and traders could not export them, said Hassan, an employee of a non-governmental organization. The price of seven kilograms of apples has dropped from 500 afghanis to 100 afghanis, he added.

Understanding the Taliban takeover in Afghanistan

Who are the Taliban? The Taliban emerged in 1994 amid unrest following the withdrawal of Soviet forces from Afghanistan in 1989. They used brutal public punishments, including flogging, amputations and mass executions, to enforce their rules. Here’s more on their origin story and their record as leaders.

Who are the Taliban leaders? They are the main leaders of the Taliban, men who have spent years fleeing, in hiding, in jail and dodging American drones. Little is known about them or how they plan to rule, including whether they will be as tolerant as they claim.

What happens to Afghan women? The last time the Taliban was in power, they banned women and girls from most jobs or going to school. Afghan women have made a lot of progress since the overthrow of the Taliban, but now they fear losing ground. Taliban officials are trying to reassure women that things will be different, but there are signs that, at least in some areas, they have started to re-impose the old order.

As the money dried up, unemployment visibly increased across the city.

“Hundreds of employees and construction workers walk the streets every day and there is no employer to pick them up,” said Sayed, the official. “Kabul is facing a deep poverty crisis.

With the price of fuel rising, even the triumphant Taliban have been affected, residents said.

Some were no longer driving the Ford Ranger pickups they had taken from the Afghan police. Or, if they were, up to 16 Taliban could be seen aboard a single pickup, said Raziq, the travel agent.

During the 20 years of occupation of Afghanistan by the United States, the people of Kabul have been most exposed to an alternative view of society – a counterpoint to that of the Taliban, with their roots in rural areas and in the deeply conservative customs of the Pashtun ethnic group that dominated the movement.

Thus, Afghans in the capital, especially those who had no recollection of life under the Taliban, seemed most worried about the new order.

“People are worried about their lives now,” said Saifullah, who operates an informal money transfer business. “They don’t really care about reopening their businesses. Schools, educational centers are closed, young students are trying to find a way to escape the country at the moment. They don’t care about going back to school.

Young Afghans leave Kabul every day to attempt to cross to neighboring countries, residents said. Buses to border areas are full of young people waiting at hotels in the area for smugglers to take them across the borders, said Mohammed, a former government official.

“The buses leaving from Kabul to the border provinces are packed, but they are empty on their return,” he said, adding that a bus ticket to the border costs more than twice the price. ‘a round trip.

Raziq, the travel agent, said that after announcing on Facebook the day before that he could process visas for Uzbekistan, he received 557 texts and more than 300 calls.

For those who had worked alongside Americans and other Westerners, the sudden withdrawal and the chaos that followed was a deep betrayal of a life they believed was possible.

Anisa, who worked for several international and Afghan non-governmental organizations in Kunduz, a town in northern Afghanistan, burned all of her documents as the Taliban invaded her town and searched the homes of people suspected of working with foreigners.

Now she was stranded in a camp in Kabul “in a bad situation,” she said.

When she sees the Taliban, she says: “Fear and trembling pervade my whole being.”

Senin, a 22-year-old university student, said Taliban fighters prevented her from attending her school earlier this week. His two brothers, who had worked with American forces, had been evacuated. But she was left with her parents and a sister – and Taliban officials, knowing the family’s ties to the Americans, threatened and beat her, she said.

The situation was “unbearable,” Senin said, adding: “All my dreams have been scattered.”