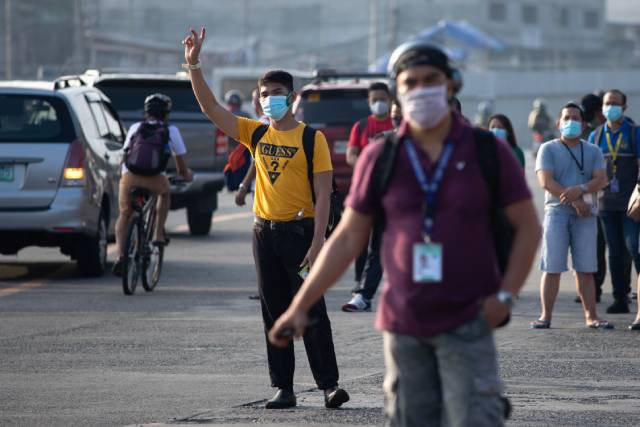 Twenty-four transportation groups have called on the incoming administration of the president-elect Ferdinand Marcos Jr. embracing technology and smart transportation systems in hopes of alleviating the Filipino commuter experience marred by overcrowding, long queues at terminals, and longer travel times.

At MAGKAISA transport and commuter summit, various representatives of utility vehicles, bus drivers, operators and commuter groups signed a Solidarity manifesto and action plan which highlighted the pressing problems of the transport sector, including rising fuel prices and the lack of public terminals.

As Marcos takes office on June 30, he inherits a continued rise in transportation inflation and oil prices that are driving up transportation costs for Filipinos dramatically.

Transport prices in the country rose from 13.2% in April 2022 to 14.6% in May 2022, according to the Philippine Statistics Authority (PSA). Motorists also braced for another fuel price hike early this week. As of June 14, prices per liter have increased by 28.70 PPP for gasoline, 41.15 PPP for diesel and 37.95 PPP for kerosene since 2022, according to the Energy Ministry monitor.

At the summit, the groups discussed ways to build a sustainable and inclusive transportation system that is “able to accept and adapt to differences […] including marginalized sectors using consultative and participatory approaches.

In a November 2020 Social Weather Stations survey87% of Filipino respondents said local roads would be better if bicycles, public transport and pedestrians had priority over private vehicles.

The groups’ Solidarity Manifesto stressed that the use of smart technologies would “promote good governance, efficient public services and safer roads for the public”.

The Manifesto has garnered the support of at least 5,000 commuters and transport workers, including the Federation of Jeepney Operators and Drivers Associations of the Philippines and the National Public Transport Coalition.

According to Japan International Cooperation Agency, the country loses about 3 billion pesos in economic gains a day due to Manila Metro congestion alone. If nothing is done, the daily loss could amount to 5.4 billion pula by 2035.