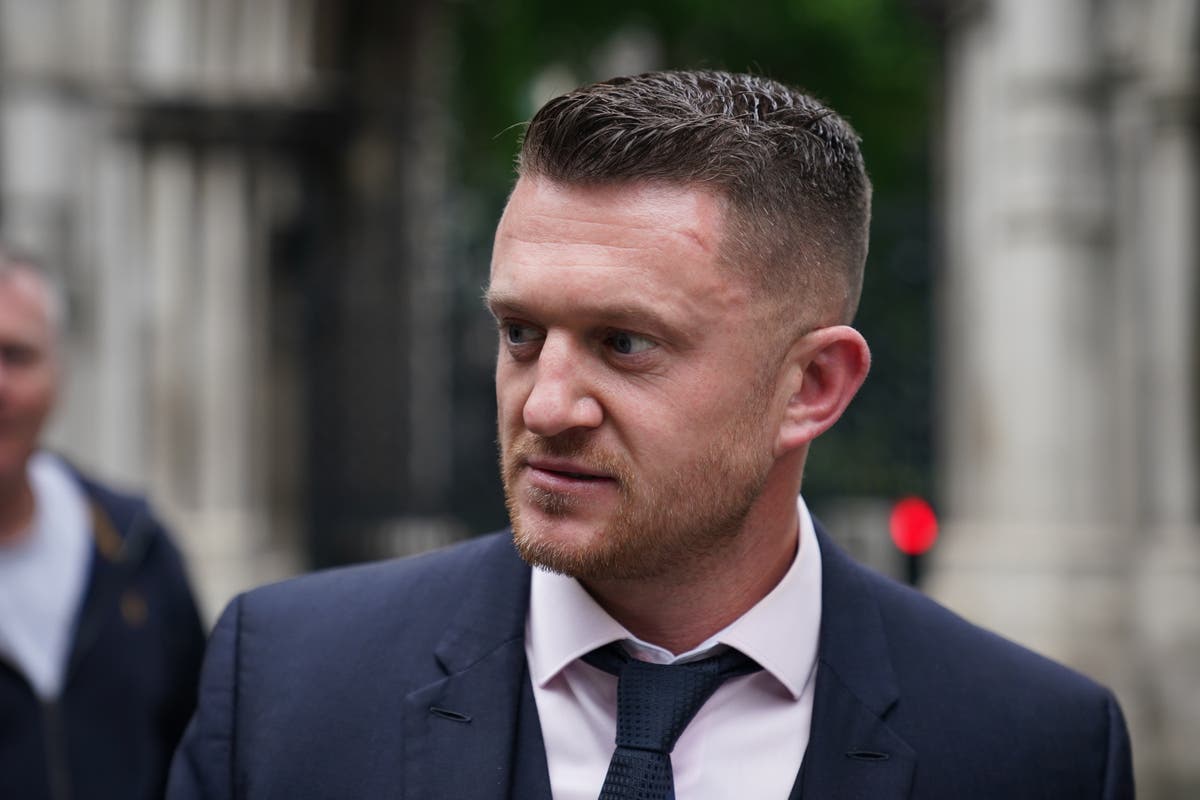 Robinson, real name Stephen Yaxley-Lennon, has testified about his finances after losing a libel case against Syrian teenager Jamal Hijazi after defaming him online.

He told the court he owed £160,000 to HM Revenue and Customs when he declared bankruptcy last year, but later said that was an estimate.

Appearing before the Royal Courts of Justice in London, he said at one point he was spending around £100,000 on gambling in casinos and online. He described how he wasted money on ‘drink, booze, party’ while receiving thousands of pounds in donations from supporters.

He was asked about claims in his bankruptcy form that he owed £323,000 in debt to Bedfordshire businessman Christopher Johnson.

English Defense League founder tells court ‘successful businessman’ had ‘money, lots of money’ but couple fell out and relationship ‘went badly’ and it “wasn’t realistic” to pay him back.

Responding to questions about his March 2021 bankruptcy build-up, he said he was a “total mess” and had “suffered from total mental breakdown for two or three years”.

He said that for some of the time he was ‘couch surfing’ between around seven different addresses, adding that he was not currently living in the UK and only returned when working.

Asked about a claim in his 2009 book enemy of the state that he owned seven properties, but six of them were in his wife’s name, he said, “I had a ghostwriter who helped me with the book.

“I like to show that I’m a successful man when I’m not.”

The current case is the result of a £43,293 royalty that Robinson owed following a court order made in December 2020.

Jamal Hijazi was assaulted at Almondbury Community School in Huddersfield in October 2018. After the incident, which went viral, Robinson made false statements about Mr Hijazi which led to the case of defamation.

Since losing his claim, Robinson has been ordered to pay Mr Hijazi £100,000 in damages and other substantial legal costs, believed to be around £500,000.