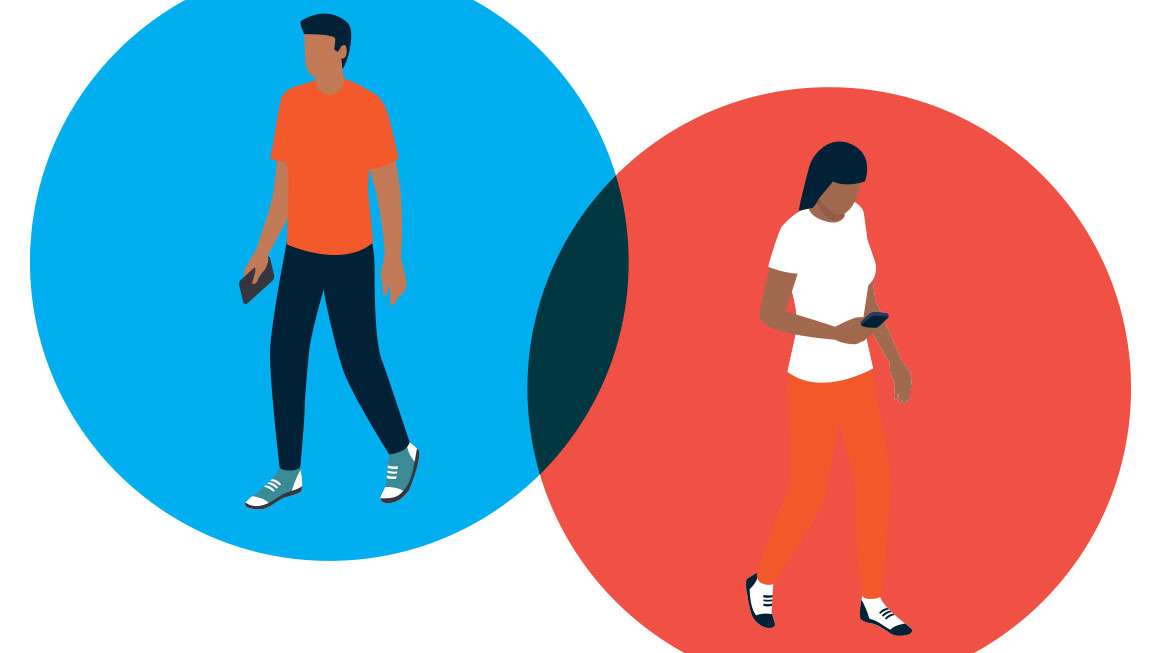 ‘The Other Division’ challenges the narrative of left-right polarization

With The other division, political scientists Yanna Krupnikov and John Barry Ryan have made significant contributions to the polarization debate. Expect! What debate? Everyone knows that Americans are more polarized now than at any time since the Civil War. There is no debate. The science is settled.

Well, actually not – or at least not in political science, whatever the average political journalist might mistakenly believe.

When the polarization narrative became popular in the early 2000s, my staff and I wrote a little book showing that in terms of ideologies, positions on issues, and partisanship, the American electorate was not more polarized than he was when he chose between Jimmy Carter and Gerald Ford in 1976. In fact, far fewer Americans were willing to claim affiliation with one of the major parties than was the case at the time supposedly pre-polarized. (Political scientists are still debating how to think about these independents.)

Consequently, we have supporter polarization within an electorate that has not changed much. The middle still exists, but it is not welcome in either part. Debates continue on such issues as whether sorting is top-down or bottom-up (the latter is a minority opinion, but shared by some serious scholars); how well the electorate at large has sorted out from the political elites (not as much, many think, but again some serious academics disagree); and the size of the middle (there is considerable disagreement on this). There is more agreement on the composition of the “middle”: it is heterogeneous, comprising not only moderates but cross-pressured libertarians and populists, the alienated and apolitical.

Some psychologically inclined scholars have argued that the ideological differences between Democrats and mainstream Republicans do not seem significant enough to produce the level of acrimony that characterizes contemporary politics. They suggested that the researchers were looking for partisan polarization in the wrong place; it was not cognitive but affective. In other words, supporters hated each other not so much because they disagreed on Afghanistan, taxation or gay rights, but because they increasingly belonged to groups different identities associated with the parties.

Affective polarization is a major growth industry in political science, and various debates continue here as well. Social identity theory posits that positive feelings about the in-group are stronger than negative feelings about the out-group, but empirical studies find just the opposite. How many cheerleaders actually hate members of the other party, instead of just putting on a show for the sake of cheerleading? (“Yankees suck!”) Do supporters really hate members of the other party, or just the caricatures they form by seeing the extreme cases picked up by the media?

Krupnikov and Ryan come out of the camp of psychologically oriented affective supporters, but with some important differences. Consider the oft-cited finding that far more partisan parents today than in the past do not want their child to marry someone from a different party. In previous work, Krupnikov and Ryan reported that ordinary partisans do not mind a child marrying someone outside their party. if that person doesn’t talk a lot about politics; moreover, parents do not want their child to marry someone of their own own party that talks a lot about politics. Parents’ problem is not so much with partisan differences as with political discussions.

In a sense, The other division is a long, thoughtful and compelling extension of that discovery. Rather than partisan and ideological differences, the authors focus on another divide: that which separates those who have deep political involvement from those who do not.

This cleavage is not simply of political interest. There are a lot of people who are interested in politics, who are very interested in it and who know a lot about politics. They vote and possibly make campaign contributions. But they don’t spend hours watching cable news, posting on Facebook, tweeting and retweeting on Twitter, and searching for others as obsessed with politics as themselves. Unlike the vast majority of us, write Krupnikov and Ryan, these people make politics “a central part of their lives.” Importantly, those deeply involved are unconditionally emotionally polarized, while those less involved make distinctions between partisan adversary types.

Krupnikov and Ryan begin by constructing a psychological scale to capture the characteristics of deep involvement. Those deeply involved 1) spend a lot of time on politics at the expense of other activities; 2) attach great importance to keeping abreast of political events that most people would find of marginal interest and importance; and 3) feel the need to communicate their views and opinions to others.

Members of this small minority are both more positive towards their own party and more negative towards the opposition. Moreover, their affective polarization is less conditional: unlike most people, they would not like a child to marry someone from another party even if that person does not talk about politics. Their priorities on the issues are different from those of the less involved, and they are more certain that their positions on the issues are ‘right’.

What are the factors associated with deep involvement? On the one hand, people who are deeply involved often remember many political discussions in their family during their childhood. Interestingly, they also tend to have attended elite liberal arts colleges. (Although one wonders if there are any partisan or ideological differences underlying this last conclusion, Krupnikov and Ryan do not separate liberals, conservatives, Democrats and deeply committed Republicans.)

Unsurprisingly, people who are deeply involved are much more likely to use social media. Here, precise numbers are hard to come by, since many of the authors’ analyzes are based on internet samples that are not designed to be representative of the entire population. But only a fifth of the adult population is on Twitter, and the Pew Research Center reported that 97% of tweets about politics in 2019 were generated by the top 10% of Twitter users. Doing the math, that comes down to 2% of the adult population generating 97% of political tweets.

The chapter entitled “The voice of which people? may be the most interesting and important section of the book. It uses both existing studies and the authors’ own interviews to examine the relationship between political journalism and those deeply involved. Political journalists, they note, live in “involvement bubbles”: they are deeply involved and marinate in social settings inhabited by other deeply involved citizens. When they need a “copy” for a story, they naturally turn to someone on social media, who almost by definition does not represent the general public. (In light of that, there’s something rich about Twitter trying to censor misinformation.)

Americans who are not deeply involved should read this book to better understand the people responsible for the sad state of contemporary politics. Political journalists should read it to recognize their own malpractice.

This article originally appeared under the title “America’s biggest political divide is not left versus right”.