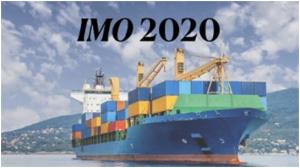 The government will help improve the competitiveness of shipping companies

South Korean President Moon Jae-in said on June 29 that the government will help shipping companies increase the capacity of their ocean-going container ships to at least 1.5 million TEUs by 2030 so that maritime sales of South Korea could reach at least 70 trillion won by that year. .

According to its plan, the government will help increase the capacity of these companies to at least 140 million DWT and provide a $ 1.5 billion ship finance program for this purpose. The program will be provided by the Korea Development Bank, Korea Export and Import Bank, Korea Asset Management Corp. and Korea Ocean Business Corp. and its size could be doubled later.

In addition, the Export-Import Bank of Korea will introduce a financial program for the purchase of containers to help stabilize its business. The capacity of their ocean-going container ships was 1.05 million TEU in August 2016, but fell to 460,000 TEU after the bankruptcy of Hanjin Shipping in 2017. The current capacity is 1.05 million TEU.

The government plans to invest 254 billion won from 2022 to 2031 for basic technological R&D related to green ships, which includes those with little or no carbon emissions using green fuels such as hydrogen and ammonia. .

New grant scheme to support UK jobs and businesses, boost the economy and strengthen the union