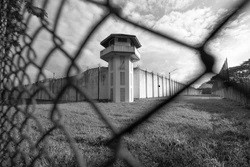 I’m writing my first article as a Daily Kos contributor in response to DBowman’s question about why American communities get federal funds for prisoners who aren’t part of their population. The simple answer is that these states and localities benefit fiscally from having those incarcerated within their borders counted in the U.S. Census for the dual purpose of allocating seats in the U.S. House of Representatives and allocate federal funds to state and local governments.

Race and racism play a part in the mix because people incarcerated out of state unwittingly take advantage of localities where they don’t have the right to vote. In contrast, the states from which these prisoners come lose federal funds and seats in the House.

The original rationale for counting incarcerated out-of-state prisoners in the state where they are housed for voting and funding purposes comes from the three-fifths clause of the U.S. Constitution. This clause was a political compromise between the Founding Fathers of the Slave State (slave owners) and the Founding Fathers of the Free State (all of whom were white Anglo-Saxon Protestants). The clause counted enslaved blacks as 3/5 of a white citizen for the distribution of seats in the United States House of Representatives based on the first U.S. census. This Faustian bargain preserved chattel slavery in the United States in exchange for votes from slave states to ratify the US Constitution. He also established the pro-slavery one-state, two-vote regime that has since entrenched the anti-egalitarian U.S. Senate.

In the Jim Crow century following the (first?) American Civil War, the slave economy was reoriented and recast as the American-state-local prison system. This racially biased system further matured into an increasingly privatized, multi-tiered, taxpayer-funded network of walled neo-slave plantations. Its inmates are disproportionately black and brown and this benefits the mostly poor, mostly Republican-controlled states that sponsor these human warehouses/sweatshops fiscally and politically. These states have wielded disproportionate political power in the US Congress since the 1930s, when FDR’s New Deal welfare programs excluded black domestic workers and farmworkers. This is why the federal government has been crippled in enforcing civil rights laws since the 1954 Supreme Court Board of Education decision Brown v. (Topeka, KS). It’s also why reproductive, LGBTQ, religious and voting rights have been undermined by an authoritarian religious-right political movement in this country since 1994 (when the first right-wing godfather, Newt Gingrich, became Speaker of the House).

We must end this miscarriage of political and economic justice if American democracy is to be preserved and strengthened.

For a full reading of the three-fifths clause of the Constitution, see Article 1, Section 2.