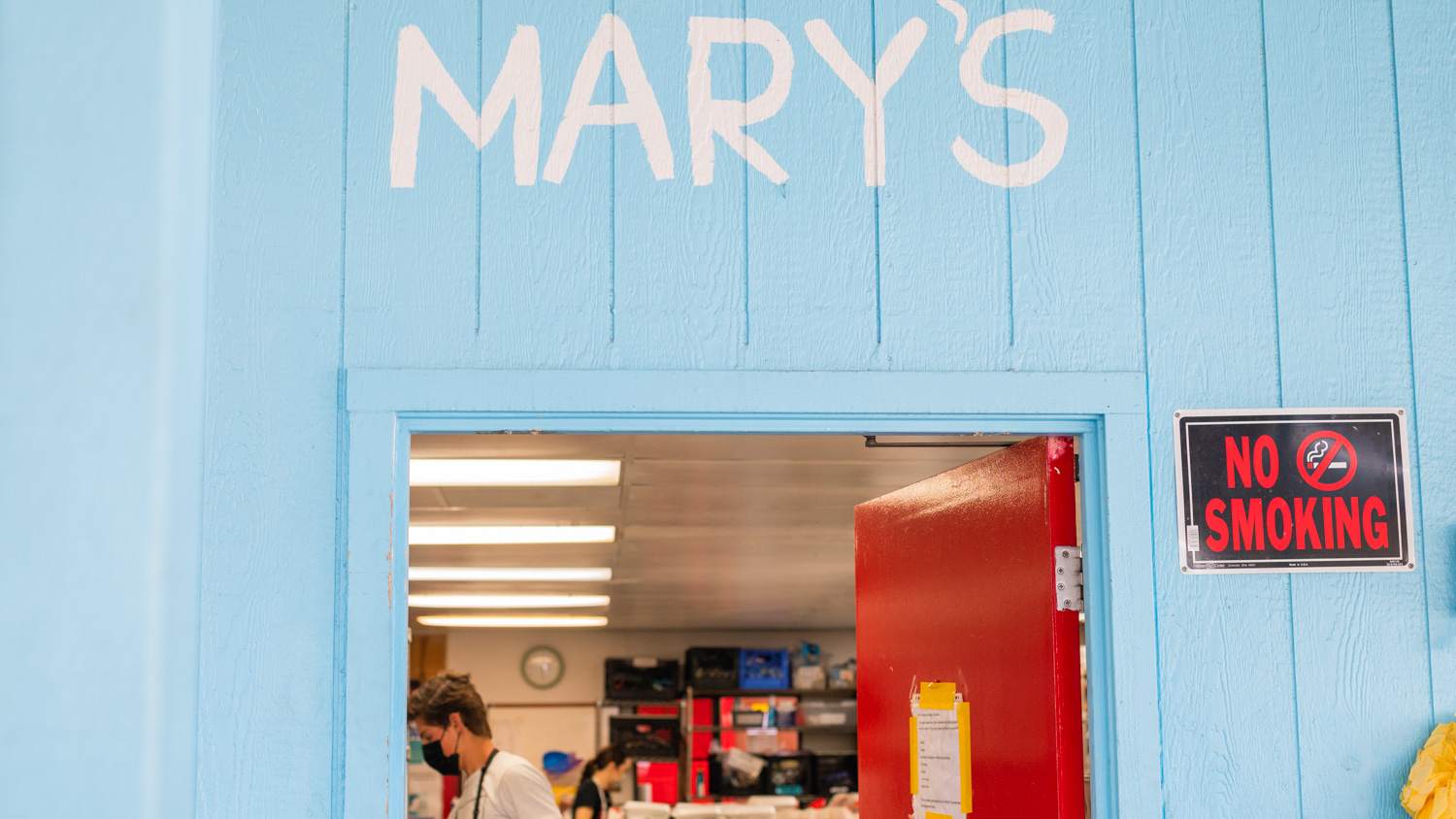 The country’s largest civil rights group claims officials in the city of Orange violated state transparency law when they decided behind closed doors to shut down Mary’s Kitchen, a long-standing soup kitchen. dated.

Orange officials made the call in a closed-door meeting on July 13, out of public view, without “warning the public that it was doing so,” wrote Sari Zureiqat of the Southern American Civil Liberties Union (ACLU). California in a September 10 warning letter to the city.

The letter is co-signed by lawyer Brooke Wietzmann of the Elder Law and Disability Rights Center, who has represented homeless people in civil cases against Orange County and various cities.

“We are concerned that this behavior violates Brown’s Law in several ways and urge you to address these violations by September 18, when Mary’s Kitchen – a non-profit organization that has served homeless people at its current location since 1994 – should leave city property, â€reads the letter.

The Ralph M. Brown Act of 1953 is the state-wide transparency act that seeks to govern how cities and counties conduct public affairs during open meetings, such as the posting requirements of the agenda or limiting what can be discussed in private closed-door sessions.

Orange town hall spokesman Paul Sitkoff said he was unable to comment on Tuesday morning but anticipates the city cannot comment on the pending litigation.

Weitzman, called to comment on Tuesday, said “assuming nothing on the city side of Orange changes, we plan to file a restraining order application in federal court late tonight or early tomorrow.”

Recently, Weitzman said that she and a few other prominent homeless advocates – some of whom defended the homeless during the Santa Ana Riverbed encampment clean-up in 2018 – filed a federal complaint alleging constitutional violations of the law. closing of Mary’s by the city.

“The ACLU? The ACLU? It’s interesting. I didn’t know about it, â€said Gloria Seuss, the current woman in charge of Mary’s Kitchen, laughing over the phone. The last day of her cooking, under the city’s lease termination, is this Saturday.

The transparency law, the ACLU points out, generally prohibits taking “action by secret ballot” and requires that all business or policy points during a meeting be described in a 72-hour agenda. before a meeting.

The City of Orange ignored these demands, says the ACLU, which argues two things in its letter.

One argument, Zureiqat said, is that the city had no valid reason to meet behind closed doors:

“Under California law, policy decisions like this must be made in public, giving the public the opportunity to comment with board members deliberating and ultimately voting in front of the public.”

The other is that, even though the city had valid reasons for dealing with the matter behind closed doors, â€œthey still have issues with how they noticed the meeting. The closed session agenda for this meeting did not list the specific topic of the closed session discussion.

Members of the public who came to speak on Mary’s Kitchen on July 13 “were unaware that city council had just discussed this matter behind closed doors before the town hall meeting, so they made comments after the advice has already been taken, â€Zureiqat said.

“The insult was added to the injury when the city attorney’s closed-door report” – which detailed the city’s closed-door decision on Mary’s for the public after the fact – “arrived after everyone made his comments, â€Zureiqat said.

Since 1994, the City of Orange has rented city-owned land in an industrial estate near West Struck Ave from Mary’s Kitchen for $ 1 per year. Officials officially informed Seuss and the kitchen that they had terminated the kitchen lease on the grounds that the kitchen was becoming a public nuisance.

The city says Mary’s Kitchen has recently become a criminal attraction, despite its decades of service and proximity to the police department headquarters. Officials also argue that free meals are “daily maintenance” when there are better, longer-term ways to get help.

Advocates, however, say they are only filling in the gaps left by local Orange County leaders who have failed over the years to even ensure that local homeless people do not die on the streets.

The kitchen not only provides meals, but also clothes, showers and phone refills for the homeless who stop by.

Just the day before her interview with Voice of OC, Seuss said, police interacted with a homeless man who had gone through a job interview and called her to ask if she could provide him with suitable clothing.

â€œThe officers on the streets are used to us,â€ Seuss said, adding that she had not heard from anyone else in the city in recent weeks.

Seuss said the kitchen plans to stay open until September 18 with full services.

â€œWe are not moving. We would move if we had a place to go and we tried to tell the city, â€Seuss said. â€œWe are still working and hope and pray that the city will come to its senses. “

City council is meeting tonight, Sept. 14, and Seuss said she and her kitchen allies “were planning to have speakers again like the last two months we had speakers.” Don’t criticize the city at all – just praise Mary’s, which was our goal. “

At board meetings this year where guest speakers came to talk about cooking, the rooms were filled with people who have no shortage of personal stories of how the kitchen has helped them and others.

â€œWe have such overwhelming support from the community that I think they would at least consider reconsidering the termination,â€ Seuss said. “But who knows?”

Brandon Pho is a Voice of OC reporter and a member of the Corps of Report for America, an initiative of GroundTruth. Contact him at [email protected] or on Twitter @photherecord.