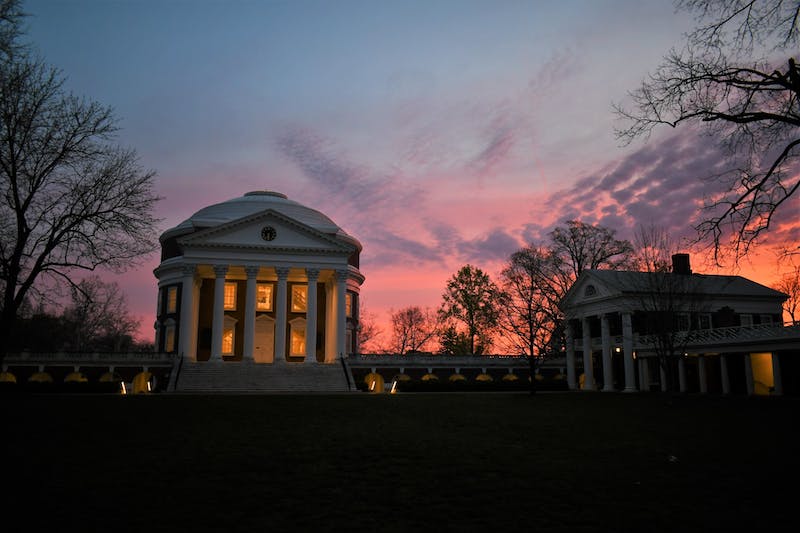 In the basement of the Wesleyan Methodist Church Tuesday night, about 100 Charlottesville students and community members gathered with pizza and music, learning from each other at a teaching event and open mic that gave attendees a safe space away from a controversial speaker hosted on Terrains at the same time.

The event was organized by Political Latinxs United for Movement and Action in Society, the Young Democratic Socialists of America at U.Va. and the Queer Student Union, in conjunction with the Black Student Alliance, United Campus Workers at U.Va., Central Americans for Empowerment at U.Va., Dissenters at U.Va. and Decolonize U.Va., as well as many local Charlottesville community groups.

Sarandon Elliott, co-chair of the YDSA National Coordinating Committee and a fourth-year college student, told the Cavalier Daily that the main purpose of the event was to provide a safe space for community members and students to socialize. gather and be “used” to organize on and around the grounds.

“Virtually everything wonderful and transformative at the University is the result of student and worker organizing,” Elliott said. “We really wanted to get into this.”

The event was planned following the announcement that former Vice President Mike Pence would be hosted by the University of Young Americans for Freedom at the New Cabell Hall as part of the Young America Foundation Ken and Janice Shengold Advancing Freedom Lecture Series.

Following the announcement, the University became the center of national attention after one editorial published by The Cavalier Daily sparked controversy and responses from Faculty and students similarly, both for and against the play.

YAF has previously drawn attention for posting selectively edited videos of a student council meeting, which led to the harassment of several colored representatives, and collected critical for an event he hosted in November titled “In Defense of Mr. Jefferson” which students say overlooked Jefferson’s slavery history.

Ella Tynch, president of YDSA at U.Va. and third-year education student, said organizers planned the event not necessarily as a counter to Pence’s speech, but rather as a chance for attendees to learn more about the organization, “strengthen the power of the working class” and “enjoy a sense of community”.

“‘We’re not going to try to protest the event by standing outside with signs…because that’s what they want,'” Tynch said. is dividing our community.”

Elliott echoed that sentiment, noting that “we’re resisting anyway” and stressed the importance of building organizational infrastructure even during more “normal” times.

The safety of everyone at the solidarity event was organizers’ “top priority” – Elliott and Tynch said they asked attendees not to take photos or videos, made sure there was had rides available to and from students who felt uncomfortable walking late at night and had security at the event itself.

“We put a lot of time and effort into security,” Tynch said. “I am very grateful to the members of the Charlottesville community who were able to come and be part of our security team because my greatest concern [was that] The Central Grounds garage is just across the street. [from the church].”

Attendees were first greeted by a number of organizations who sat at tables outside the church and were encouraged to grab pizza and listen to music from a live DJ before the start of the event with a lesson around 6 p.m. Anushka Dar, chair of intersectionality for QSU and a freshman at the College, said she helped facilitate the teaching alongside sociology professor Ian Mullins, who answered students’ questions about conservatism, right-wing politics and free speech politics.

After the workshop, participants were invited to share poems, stories or thoughts in an open-mic session. Many speakers expressed their gratitude to the church for allowing them to gather in a safe and welcoming space.

“One thing I want to mention is that several people at the open mic portion of the event mentioned that it was personally very important to them that it be held in a church because they grew up in less tolerant churches and religious communities,” Tynch said. . “I want to thank this church for being so welcoming and so open to our presence.”

Attendees left around 8 p.m., taking pizzas for the road and rides from drivers who volunteered to drive attendees home or to dorms afterwards. Tynch expressed his gratitude to everyone who made the event a success, including the YDSA and QSU Boards of Directors and especially the first and second years in those leadership positions who stepped up and stayed. to clean up after the event.

In one of those early years, Dar – who will serve as QSU’s vice president of outreach and activism next year – said in turn that she learned a lot from the upper classes. who organized the event and that she was grateful for their leadership in organizing the efforts on Grounds.

“Seeing upper class members being so dedicated and passionate really inspires me to get more involved in political action and organizing in general on Grounds because there is so much work to do,” said Dar.

Elliott emphasized the importance of student-led activism in response to hate and bigotry and the value of the organization in general.

Russia: introduction of a moratorium on bankruptcies with effect until October 1, 2022