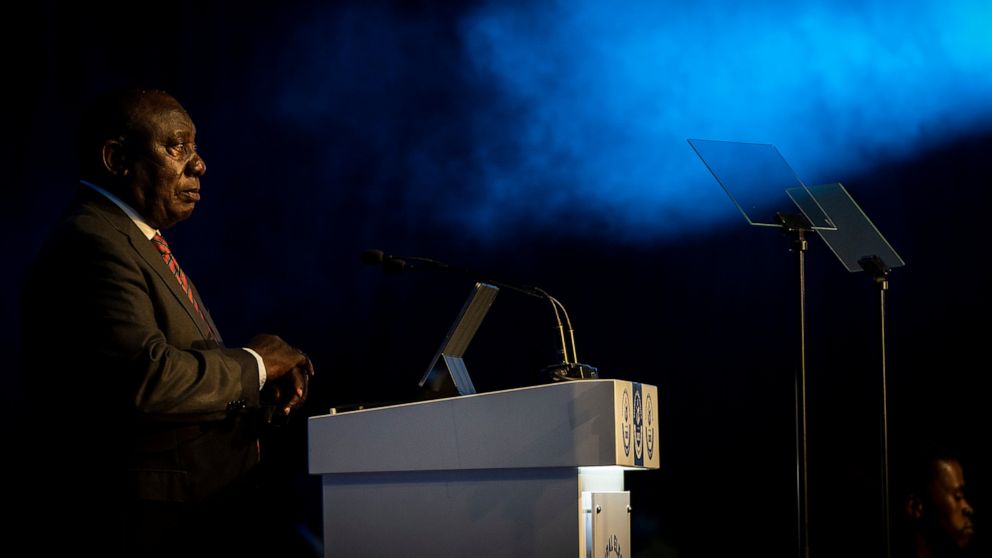 South Africa’s ruling party, the African National Congress, will celebrate its 110th birthday this weekend amid deep divisions, allegations of corruption and sweeping challenges that have seen it run dire in the election local last year.

JOHANNESBURG – South Africa’s ruling party, the African National Congress, will celebrate its 110th birthday this weekend amid deep divisions, allegations of corruption and sweeping challenges that have seen it turn dismal in the local elections last year.

The anniversary event, which will take place in the country’s northern Limpopo province on Saturday, comes days after a state-backed judicial inquiry revealed how some of the party’s top officials benefited from corruption.

The ANC remains divided between those who support President Cyril Ramaphosa, who is also the party chairman, and those who are loyal to former President Jacob Zuma, who has been embroiled in legal battles since he left office in 2018.

Zuma’s refusal to appear before the commission of inquiry saw him sentenced to 15 months in prison in July last year, which sparked riots that degenerated into widespread looting and destruction of property in the provinces of KwaZulu-Natal and Gauteng. More than 340 people died in the riots.

Ramaphosa acknowledged the problems when speaking to ANC supporters this week.

â€œWe have a lot of challenges, almost on all fronts. We have COVID-19. We have also had corruption scandals … which we have had to deal with. These were people dipping their fingers into money that was supposed to be used for (personal protective equipment), â€Ramaphosa said, citing one of the many corruption scandals.

He said job loss from COVID-19 had worsened South Africa’s already high unemployment rate of 34% and highlighted the July unrest as one of the major events that pushed the country back .

â€œIt’s a wide range of challenges and issues. It needs leadership but also needs that we work together, and that we ask ourselves if we give inâ€¦ or will we defend the gains that we have achieved? Ramaphosa said.

The African National Congress was founded in 1912 to oppose white minority rule and to campaign for black South Africans to have full democratic rights. The party came to power in 1994 when the country’s first democratic elections were held and Nelson Mandela became the first black president.

However, ANC support has waned in recent years and it received less than 50% of the vote cast in the October local elections, its worst result at the polls.

The ANC will try to use the anniversary to regain some of the support it has lost over the years, political analyst Hlengiwe Ndlovu said.

The ANC’s poor performance in the October elections is significant, she said. “It was a clear message from South Africans to say ‘We are tired. We see what you are doing and we are starting to look outside,'” Ndlovu said.

She said Ramaphosa and others “will try to convey the message of unity within the party, but the factionalism within the party is very clear, as we have seen with the protests in support of Jacob Zuma.” , she said.

Fewer people will attend the anniversary event on Saturday due to COVID-19 regulations, which limit gatherings to a maximum of 2,000 people.

In the Venezuelan stronghold of Chavez, a fight for political survival