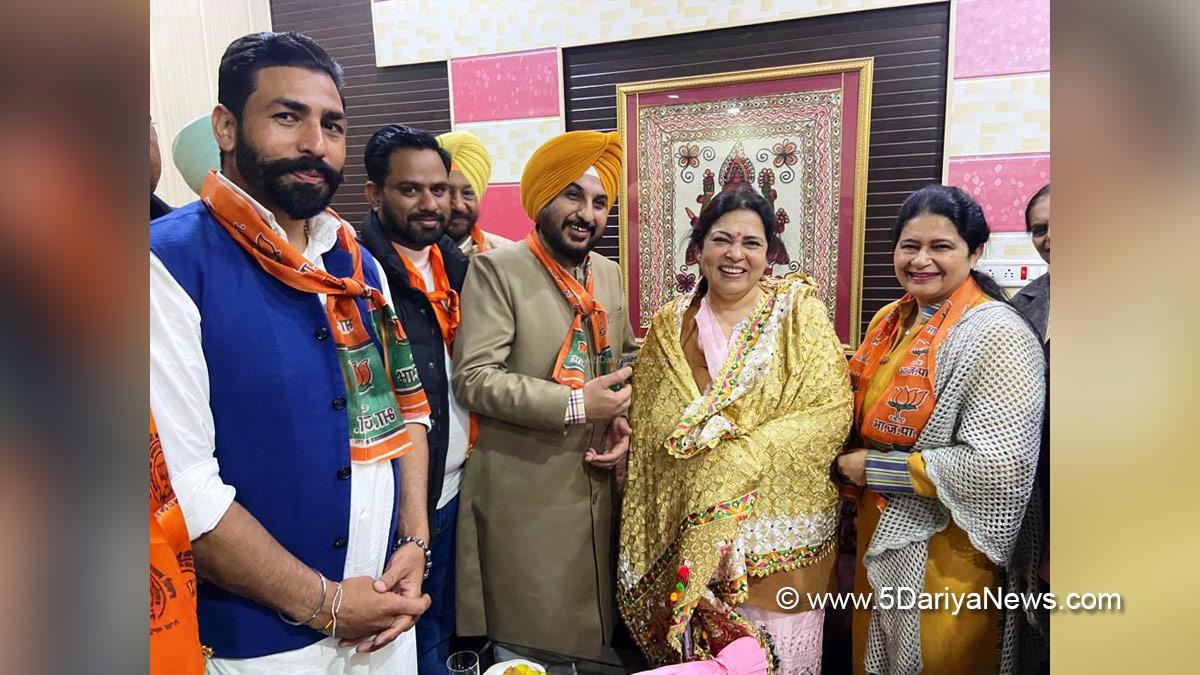 The political atmosphere of Punjab is uncertain and has been polluted by political parties and Punjab being a border state cannot be compromised to be thrown into the hands of irresponsible rulers and for this the Sikh Sehajdhari party has given unconditional support to the BJP-NDA for a stable governance in the interest of the country. The support was extended in the presence of Minister of State for External Affairs and Culture of India and Punjab Prabhari Smt.Meenakshi Lekhi who visited Dr. Ranu’s residence in Raikot. Dr Ranu said that on the advice of the general public, their party has decided to withdraw its 30 candidates from the fray in the wider interests of Punjab as they do not want to split the vote bank but will support the candidates of the NOA now. . Sehajdharis had supported the Congress party for 19 years under Captain Amarinder Singh, but also supported the SAD Badals in 2007.

Dr. Ranu said that the issue regarding sehajdharis’ right to vote in the SGPC is still pending before the Court and is not the issue of these elections. It is noted that according to the 2011 census, there are 1.20 crore sehajdharis in Punjab and the Sikh sehajdhari party has supported the Congress Party for 19 years. The Kissan wing of the party has participated in the Andolan Kissan since day one. SADS candidate Anyukt Gurpal Goldi and all 30 candidates from the Sikh sehajdhari party were present along with local BJP and RSS officials as well as State President Sarpanch Surinderpal Sekhon, Sr.National Vice President Er.Raghwinder Singh, National Gen. Sec Org Jasbir Singh Chahal, State Secretary Paramjit Sitara, kissan wing President Jagjit Samao, Kissan wing Gen Sec Sarpanch Dhanjit Singh, State Gen Sec Gurkirat Singh Uppli, Vice President Youth Wing Sukhpal Singh, District Chairman Barnala Nahar Singh, the Kisan Wing District Chairman Barnala Gurkirat Singh Uppali were duly present.