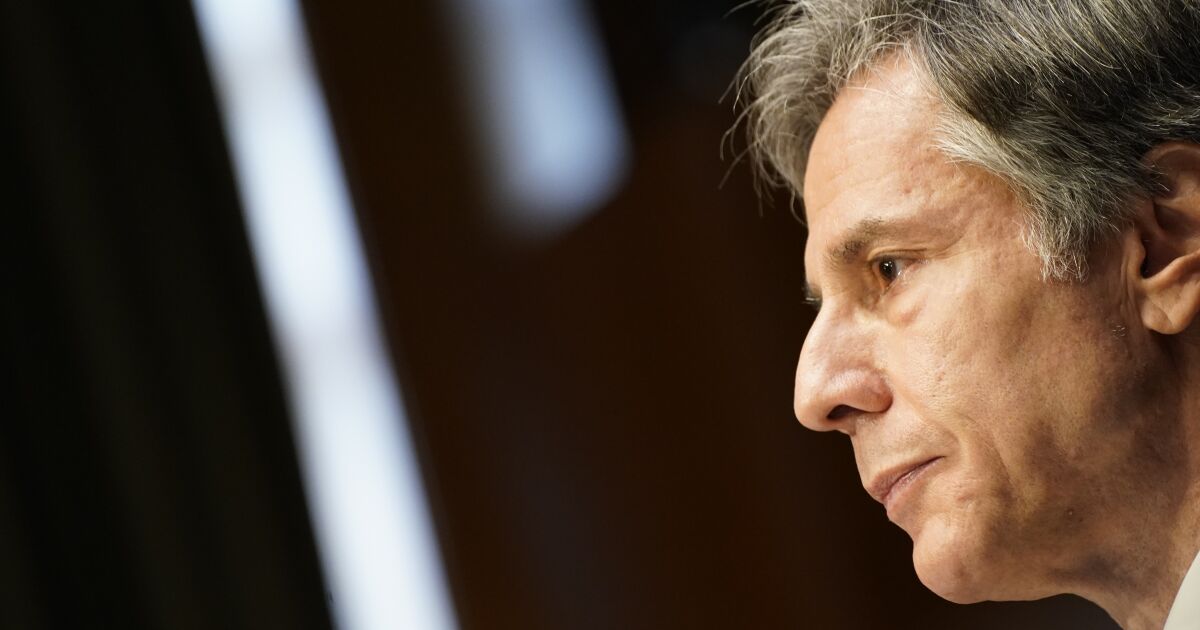 Saudis angrily say US oil charges are political and baseless

The row between the United States and Saudi Arabia and fellow OPEC members over the management of oil supplies escalated on Thursday when Riyadh accused Washington of “politicizing oil” and said it does not would not submit to the “dictates” of supposedly friendly countries.

The Biden administration, in turn, said it was reassessing its relationship with the Desert Kingdom, a longtime but often problematic ally, after its “short-sighted” decision on oil production.

President Biden is under increasing pressure from Congress and others to take strong action against Saudi Arabia – including a possible suspension of arms sales – after he and Russia successfully pushed for a decision aimed at cutting oil production by 2 million barrels a day, virtually guaranteeing higher revenues for Moscow that will help fund its war against Ukraine.

It comes three months after Biden controversially traveled to Saudi Arabia to plead for cooperation to provide enough oil to meet demand as US pump prices soared.

Secretary of State Antony J. Blinken said the Saudis have repeatedly indicated they want to cut oil production, even though they know it would benefit Russia and hurt Ukraine by weakening sanctions that the American and Western powers adopted against Moscow.

“We made it clear that would be the wrong direction,” Blinken told reporters at a press conference at the State Department in Washington.

Saudi officials, meanwhile, are waging an all-out media counteroffensive. After several appearances by officials on US television, a harsh statement from the Saudi Foreign Ministry was released on Thursday. He quoted an unnamed spokesperson as saying the government had expressed “total rejection” of accusations that it was taking sides in international conflicts or that its decision was aimed at the United States, as Washington claimed.

“The Kingdom affirms that the results of OPEC+ meetings are adopted by consensus among member states, and are not based on the unilateral decision of any single country,” the statement said, adding that the results were based solely on economic considerations, that its relationship with the United States was a strategic relationship based on mutual interest, and that attempts to distort its position on Ukraine were unfortunate.

(Saudi Arabia voted against Russia’s annexation of Ukrainian regions at a meeting of the United Nations General Assembly on Wednesday.)

The statement said the Biden administration had asked to delay the group’s decision on the cuts for a month, likely to avoid any fallout on fuel prices that would then affect Democrats’ chances in the midterm elections. beginning of November. But such a delay would have had “negative consequences”, the statement said.

Asked about the delay request, Blinken said the administration had asked OPEC to wait until its next meeting, in November, to assess how market prices have moved after the summer spikes.

Earlier in the year, supply shortages resulting from the war in Ukraine pushed oil prices to $120 a barrel. But they’ve been falling since June, with Saudi officials sounding the alarm when the price hovered around $85 amid fears the downtrend might persist, said Ziad Daoud, chief emerging markets economist at Bloomberg.

The United States would like to see the market flooded with oil, in cooperation with Persian Gulf producers, to cause difficulties for Russia, as happened during the Soviet invasion of Afghanistan in 1979, said Rami Khalifah Ali, Paris-based political analyst specializing in Saudi Arabia. and the gulf.

“The gulf’s decision was to adopt a neutral stance between the United States and Russia,” Ali said. “It’s because now their priorities are their own economic considerations, especially when it comes to the United States versus Russia.”

But beyond the economy, growing diplomatic fracas — along with wishes for retaliation from Democratic congressional leaders — have deepened a long-simmering rift between Washington and Riyadh, even as it signals greater change. wide in relations between the two allies, according to analysts.

“It’s been going on since the beginning of the Biden administration. It’s never been fixed, and I think unfortunately the language used by the Biden administration — it just degrades the relationship and makes it harder to rebuild,” Karen said. Young, senior Gulf researcher at Columbia University’s Center on Global Energy Policy.

This could have implications for the region as it heads into a period of economic turmoil, when the US typically turns to wealthier allies in the Middle East – particularly the United Arab Emirates and Saudi Arabia – to deploy their coffers in the service of maintaining regional stability.

“We need the Emirates and Saudi Arabia to invest there, to provide fiscal support, so we kind of shot ourselves in the foot no matter what happens in the region,” he said. she stated.

“The Saudis are asking for what they have been asking for since 2016, which is respect. This is the language they use in the statement.

The latest outburst between the United States and Saudi Arabia concerned the conclusion by US intelligence that Crown Prince Mohammed bin Salman ordered the murder of US-based Saudi journalist Jamal Khashoggi,

Threats to cut US support for Saudi Arabia come at a delicate time. Since 2015, the kingdom has relied on help from Washington to continue its war against the Houthis, Iran-backed rebels who control large swaths of neighboring northern Yemen, including the capital, Sana. A ceasefire with the group ended this month.

Blinken, however, clarified that new reckonings were underway within the Biden administration, though he continued to use the word “recalibrate” to refer to the relationship assessment, instead of saying that there was a break.

Staff reporters Bulos reported from Beirut and Wilkinson from Washington.

A 13-employee orthopedic practice could be heading for bankruptcy

“Northern Ireland Protocol is being used to hold institutions hostage”