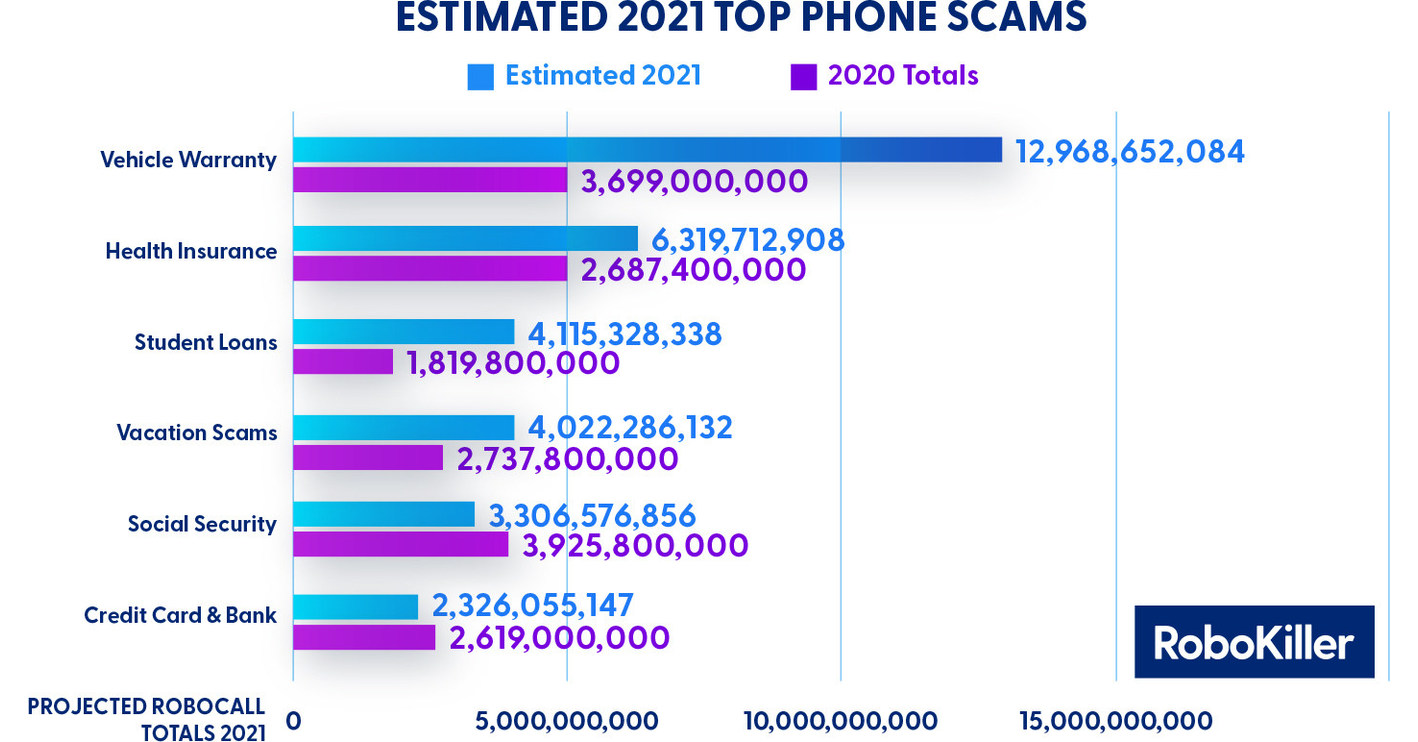 Meanwhile, robocalls and texting remained a viable political messaging tactic in 2021, even in the absence of presidential and midterm elections. by RoboKiller Overview of political messages, the world’s first political automated appeals and text trend monitoring system, found Americans has received an estimated 427 million automated political calls and 5.4 billion political texts so far in 2021. Although this year’s totals are likely to be lower than the 2020 pace, they represent a growing reliance on l ‘regard to these media among political campaigns seeking to reach and influence voters.

LISTEN TO A ROBOCALL BLOCKED CAR WARRANTY SCAM BY ROBOKILLER

Read the full report of the biannual political message here.

Robocallers tend to target densely populated cities and states, and 2021 is no exception. Texas, California, Florida, Ohio, and New York, the five most spammy states this year, are all among the top seven most populous states in the country.

Peer-to-peer texting is a way for political agents to reach voters who may not have consented to receive messages. This method of communication is becoming an important part of political campaigns, as it represents around 1 in 5 political texts sent so far in 2021.

How to stop phone scamsAt RoboKiller, our mission is to create a spam-free world. In addition to downloading the RoboKiller app, here are some steps to follow to protect yourself. In addition, any brand interested in protecting itself against scams perpetrated under its name can contact our business services team for more information.

RoboKiller Data Informationby RoboKiller automated call and spam text the information is fed by a global database of millions of known phone scams and audio fingerprints. The data is estimated by monitoring the observed trends in automated calls and spam messages for Americans who trusted RoboKiller to stop their spam calls. For a full analysis of robocall trends in specific locations, details on particular phone scams, or any related custom inquiries, please contact RoboKiller’s robocall analysis team. here or to [emailÂ protected].

About RoboKillerWith over 12 million downloads and $ 300 million in avoided losses, RoboKiller is the leading independent blocker of spam calls and SMS in United States. RoboKiller has been named a Leader in Tech and Mobile Achievements by the Webby Awards, Media Excellence, Best in Biz, and more. RoboKiller was also named the most effective solution to robocalls by the FTC. RoboKiller is available for download in the Apple App Store and google play. To learn more, visit www.robokiller.com.

RoboKiller, a Teltech brand, is a division of Mosaic Group, an IAC company (NASDAQ: CAI).