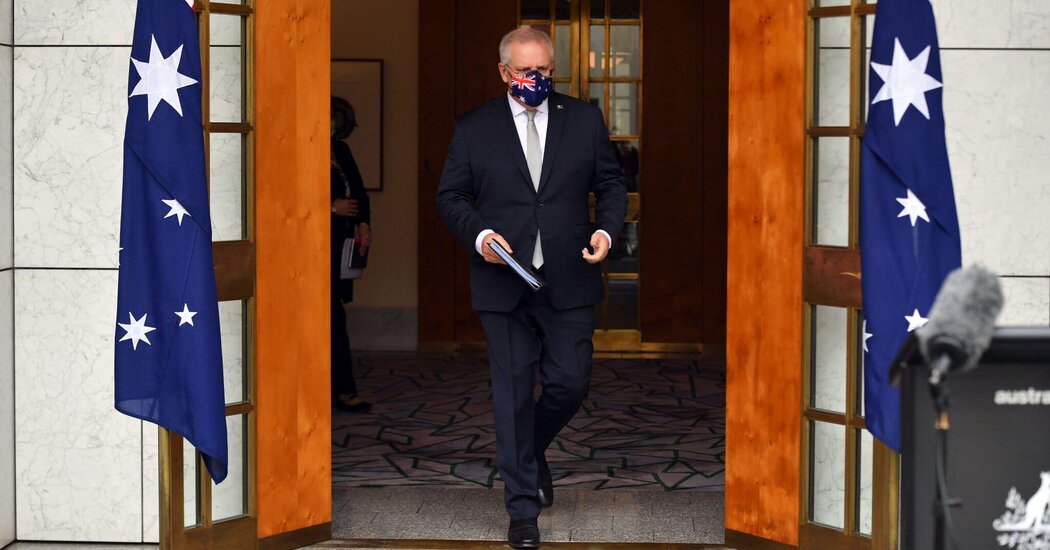 Readers reflect on the state of Australian politics

The Australian letter is a weekly newsletter from our Australian office.

In the last week Australia Letter, Besha Rodell wrote about her frustrations with the current state of Australian politics. She invited readers to send in their own feelings about it. Here are some excerpts from the many responses we received:

How many times have I lamented the lack of educated and experienced statesmen and women in this country with the knowledge, experience and pragmatic sense of how to govern. I listen to and watch the American news where elected officials discuss politics, doctrine, issues of deep concern to the people, but there is none of that here in Oz. Where are the statesmen with law degrees? Where are the conversations about equality, racial justice, climate change and plans for the future. At the same time, Australians themselves, myself included, are so complacent that anyone who puts their hat in the ring to rule can usually be elected, because it means we’re happy we don’t have to worry about it. Let someone else do it. She will be right, right? — David Roche

I’m sure if Australia were in such a mess as the United States, politically and socially, the political debate here might be a bit more restrained. Clearly, the Conservatives here are pretty happy with the status quo and certainly don’t want a serious debate on the major issues they deny or don’t have answers for. But yes, why aren’t the views of the opposition and the independents hammered out at the top of their voices, every day? Perhaps it has to do with the extreme lack of polarization in Australian society. Isn’t much of the debate in the United States just noise, sniping, propaganda and the echoes of inflated egos? So, let’s have a more serious debate about the important issues without all the superfluous songs and dances of American side shows. — Barry Long

We live in one of the best countries on the planet, mainly because of the resilience and efforts of its people. It is hampered by the incumbent government and can be even greater when assigned to the dustbin of history. We must act collectively; responses to bushfires, floods, droughts and pandemics have reinforced this. We need less partisan and more cooperative governments capable of progressive and decisive action. — Greg Clydesdale

The two major parties are paralyzed by the contradictions in their policies on resource extraction and trade and climate change. As a result, they cannot speak clearly about the major problem of our time, which turns everything else into a shadow theater. This state of affairs was brought about by right-wing parties and their friends of resource extraction, killing hope for a sensible carbon pricing policy in 2014. Labor found itself sitting on a very fence. sharp because of resource extraction unions. with their owners. Things haven’t been the same since then, I’m afraid, and frankly, they aren’t going to improve anytime soon. — Tom Mangan