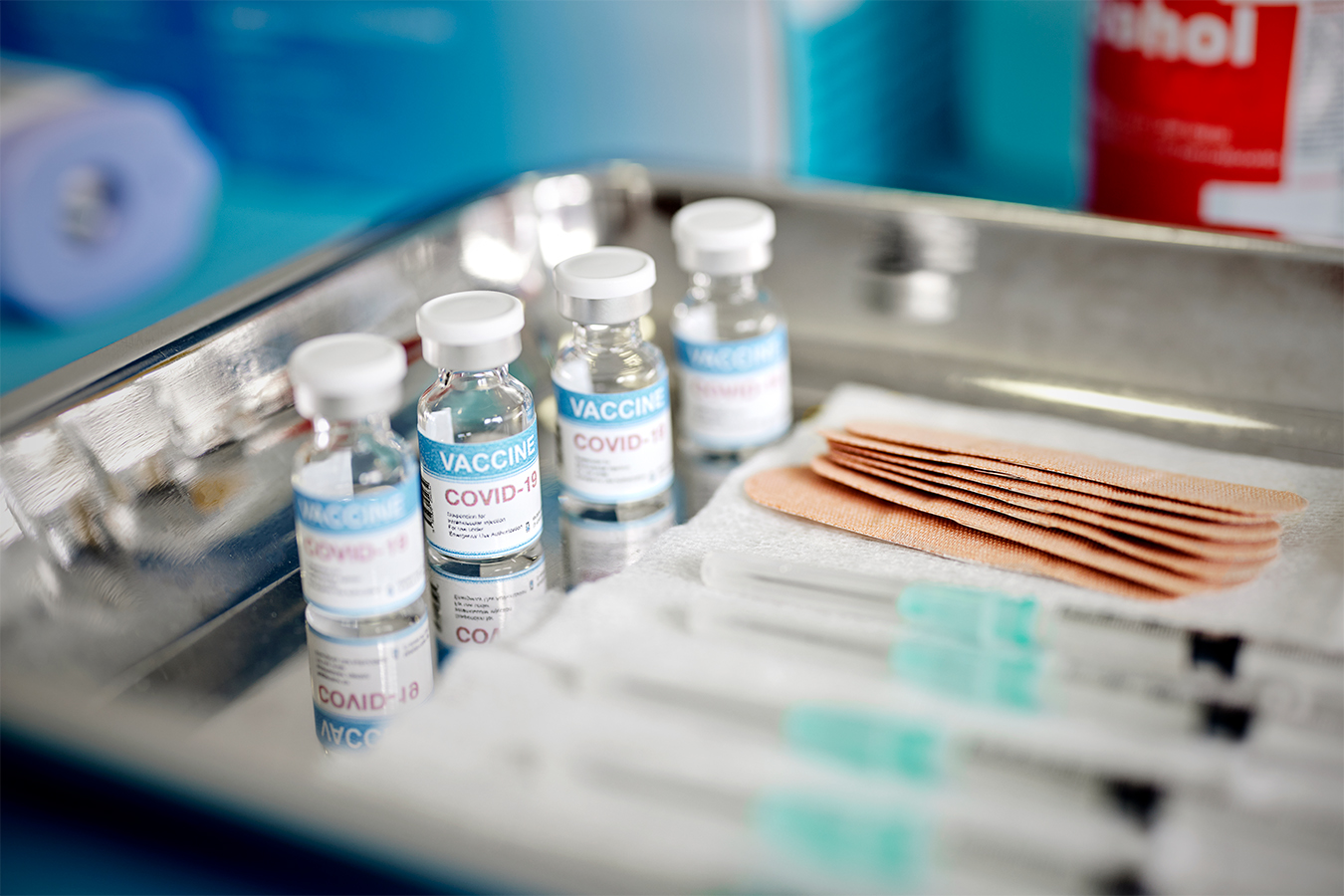 The rapid spread of omicron across the country – and the discovery that vaccines continue to provide strong protection against serious diseases – may be bringing covid-19 one step closer to its true place on the list of diseases that have been tamed. by vaccines. These include poliomyelitis, measles, mumps, rubella and chickenpox, which most children usually need to be vaccinated against before entering school or daycare. Some states have announcement covid vaccine requirements for some students.

But not everyone agrees that vaccination mandates for children are the way to go. Senator Rand Paul, who opposed vaccination mandates, called omicron “nature’s vaccine”. Seventeen majority Republican-led states have proactively banned, in some form, covid vaccine requirements for students. Resistance to passing mandates has far-reaching implications, especially as vaccination rates among children ages 5 to 11 remain alarmingly low — less than 15% in some states — even as children ages 5 and older have been eligible for vaccines since last fall.

The story holds lessons about why low childhood immunization rates are so risky and why officials should seriously consider school mandates for the covid vaccine.

In the United States, children generally must receive a number of vaccinations before entering school. Such requirements help ensure that an entire generation gets vaccinated against dreaded diseases for decades, sometimes centuries, before the vaccines do their job. Such diseases have proven even more terrifying in immunologically “naïve” places, manifesting in bodies that have never seen them before. This is the devastating place we were with covid-19 at the start of 2020.

When explorers brought diseases like measles, which had long circulated on the European continent, to the indigenous populations of the New World, they killed up to about 80% to 95% of the indigenous population in repeated epidemics over the next 100 to 150 years. As global travel becomes more available, the the King and Queen of Hawaii arrived in England in 1824 and both died measles there. The virus returned to Hawaii in 1848 and sparked an epidemic that killed a quarter of the native population, according to one estimate, then broke out to create additional waves that killed more people in the following decades.

Even after vaccines were invented and diseases like measles and chickenpox were no longer common (and no longer medically dangerous to the average child), the United States continued to mandate school vaccinations for children. different but important reasons.

We vaccinate against varicella and measles in part because these diseases can be more deadly for adults, for people with compromised immune systems, and for babies, whose immune systems are still developing. Like covid.

We vaccinate against mumps, in itself a generally mild disease, because some who catch it will suffer serious lasting effects, such as hearing loss or infertility in men who have passed puberty. You can draw parallels here with the “long covid”, and we still don’t know the long-term effects of the coronavirus, which can inflame organs.

Additionally, children with chickenpox have to endure prolonged and miserable isolation at home. And we vaccinate against the varicella virus — and measles — because a epidemic in a school can cause significant disruption if vaccination rates are low, triggering actions such as contact tracing and other public health measures.

We might get lucky and achieve more widespread immunity to covid relatively quickly, after the new waves become less and less overwhelming. But even if that happens, many unvaccinated people will die or become seriously ill, and some children will miss school when they don’t need it. New, potentially more dangerous strains have a better chance of emerging. Do we really want to roll the dice and not take full advantage of this very effective tool at our disposal?

Which path do we want to take to put the pandemic behind us: the quicker, safer route of mandatory vaccination or a stuttering, never-ending affair?

Unfortunately, covid vaccines landed at a time of deep national divisions, when science had become politicized and distrust of government was high. Even parents who give their children the shots required by school having balked to covid vaccines. States and school districts that have announced plans for school vaccination requirements are already facing backlash.

This is a far cry from how the public reacted to the introduction of childhood vaccines in the 20th century. People reacted enthusiastically to the availability in 1955 of the vaccine against poliomyelitis, a disease that could have dire health consequences, but – like covid – was asymptomatic or mild in most infected people, especially children. The hesitation that existed then was not driven by intense partisanship or political division.

One explanation for this era’s enthusiasm for a new gunshot was that Americans’ memories were long, having lived through dreadful poliomyelitis epidemics and subsequent quarantines for much of the mid-20th century. In 1955, many Americans knew someone who had succumbed to poliomyelitis or been left partially paralyzed. People have been living with covid for a relatively short time.

Resistance to the covid vaccine will perhaps dissipate once the FDA moves the vaccine for children from emergency use authorization to full approval and as covid waves affect more Americans.

Here’s how my thinking about another vaccine was affected a generation ago: My eldest child caught chickenpox before the vaccine was available and spent hours in oatmeal baths covered in hundreds of itchy blisters . She couldn’t go back to kindergarten (nor me to work) for 10 days, until her blisters healed; some scars took years to fade.

So when the varicella vaccine hit the market in 1995, I ran to get my 2-year-old vaccinated. He’s always had chickenpox, but a mild case, like most breakthrough covid cases: one night while he was playing, I noticed two telltale blisters on his upper arm that disappeared within 24 hours. He hasn’t missed a single game date.

Like many childhood vaccines, this shot protected him, our family, my job, our caregiver, his toddler classes, his grandmother, and all the vulnerable people we came into contact with at the market or on the subway. If we are to bring this pandemic to a speedy conclusion, vaccinating schoolchildren can have the same ripple effect and may well be the best way forward.

“There are no rules.” Senators confront Dunleavy administrator over political veto on Legislature budget