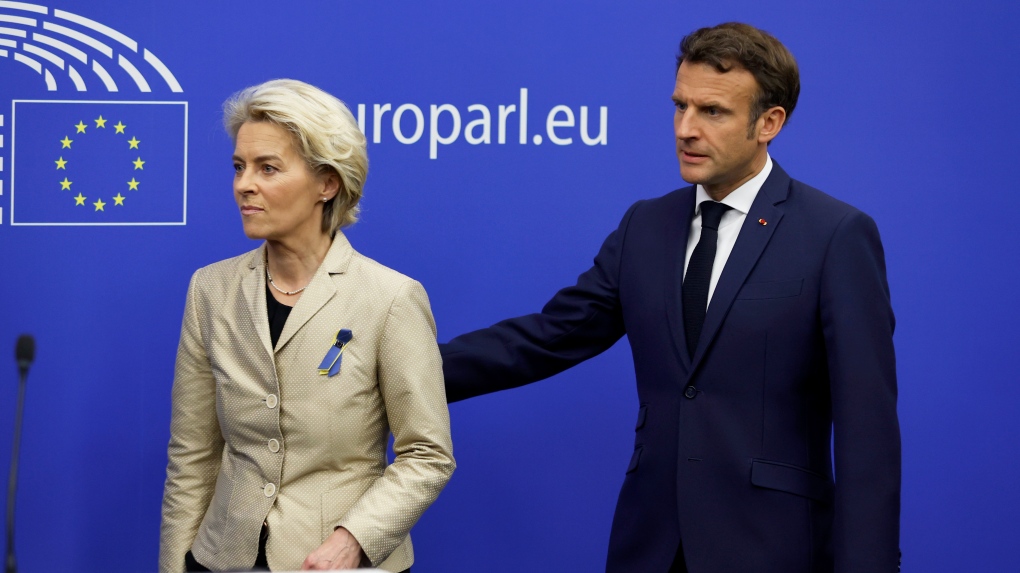 
The French president warned on Monday that it could be decades before Ukraine joins the European Union and proposed a new political organization to bring together countries on the continent that share EU values ​​but are not part of the EU. of the block.


During a speech marking Europe Day in Strasbourg, France, Emmanuel Macron said that “we all know perfectly well that the process of joining (to Ukraine) would take several years, in fact probably several decades” .


Macron spoke after the European Union’s executive arm, the European Commission, said it intended to issue a first opinion in June on Ukraine’s application to join the bloc.


Once candidate status has been granted, the EU accession process usually takes years and any member state can veto not only any final accession agreement, but also the opening and closing of individual negotiating chapters.


The 27 EU countries have been fully united in backing Ukraine’s resistance to Russia’s invasion, passing unprecedented economic sanctions against Moscow since the war began on February 24. But leaders are divided on how quickly Brussels could accept Ukraine as a member, and how quickly the bloc could sever energy ties with Moscow.


For now, Ukraine only has an “association agreement” with the EU, which aims to open up the country’s markets and bring it closer to Europe. It includes a far-reaching free trade pact and aims to contribute to the modernization of the Ukrainian economy.


Eastern European countries warmly support accelerating Ukraine’s bid for membership, but EU officials have stressed the process could take years due to pending reforms that need to be completed. yet to be achieved before the war-torn country meets EU criteria.


Macron has said a fast-track for Ukraine would lead to lower standards, an idea he rejects.


“The European Union, given its level of integration and ambition, cannot be the only means of structuring the European continent in the short term”, he declared.


Instead, Macron proposed what he called a “European Political Community” that would be open to countries that have not joined the EU or, like the UK, left it.


Macron added that joining the new organization would not guarantee future EU membership.


Speaking at an EU conference on the bloc’s future priorities, Macron pointed to the stark contrast with Russia, which on the same day held a military parade in Moscow to commemorate the Soviet Union’s victory over Nazi Germany during World War II.


“We gave two very different images of May 9,” Macron said. “On the one hand, there was a desire to show force and intimidation and a resolutely warlike discourse, and there was… an association of citizens and parliamentarians – national and European – for a project on our coming.”


Do you have any questions about the attack on Ukraine? E-mail [email protected]