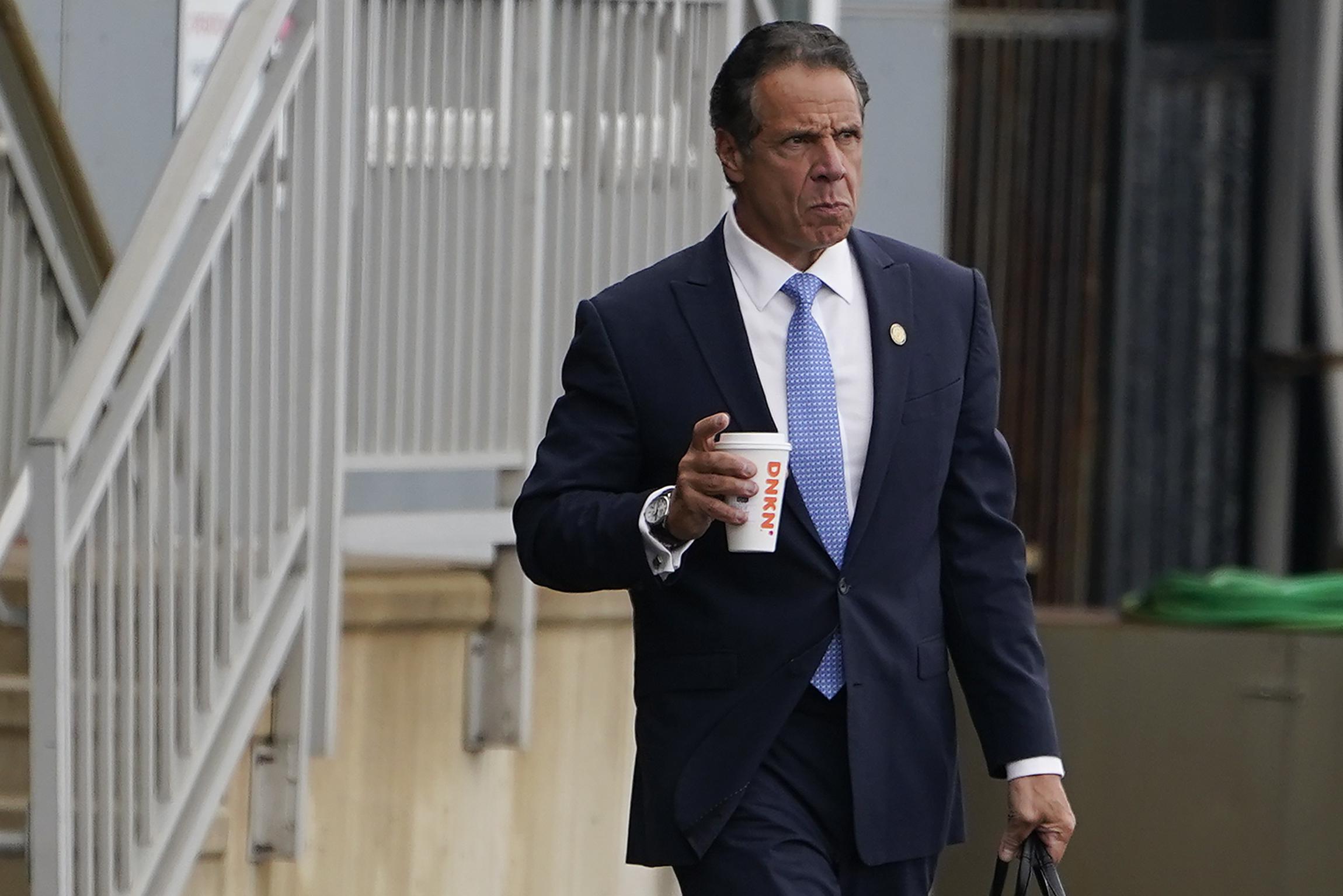 NEW YORK (AP) – Governor Andrew Cuomo announced his resignation on Tuesday after an avalanche of sexual harassment allegations in disgrace a year after being widely hailed nationally for his detailed daily briefings and leadership during some of the darkest days of the pandemic of COVID-19.

Alternately provocative and chastised, the 63-year-old Democrat categorically denied having intentionally mistreated women and called the attacks on him politically motivated. But he said responding in this “too hot” political climate would subject the state to months of turmoil.

“The best way for me to help now is to step back and let the government take back control,” Cuomo said in a televised address.

The governor’s resignation from the third term, which will take effect in two weeks, was announced as the Legislature rushed to remove him by impeachment. and after nearly the entire Democratic establishment has turned on him, with President Joe Biden joining those calling on him to step down.

The move came a week after the New York attorney general released the results of an investigation that found Cuomo sexually harassed at least 11 women..

Investigators said he subjected women unwanted kisses; groped their breasts or buttocks or otherwise touched them inappropriately; makes insinuating remarks about their appearance and sex life; and created a “fearful and intimidating” work environment.

Lieutenant Governor Kathy Hochul, a 62-year-old Democrat and former congressman from the Buffalo area, will become the state’s 57th governor and the first woman to hold the post. She tweeted that Cuomo’s resignation was “the right thing to do and in the best interests of New Yorkers.”

The scandal of the #MeToo era curtail not just a career but a dynasty: Cuomo’s father, Mario Cuomo, was governor in the 1980s and 1990s, and the young Cuomo was often mentioned as a potential presidential candidate, a position his father was considering seeking. Even as the scandal escalated, Cuomo was planning to run for reelection in 2022.

Republicans welcomed Cuomo’s departure but urged lawmakers to impeach him anyway, which could prevent him from running again.

Cuomo prefaced his resignation with a 45-minute defense from his attorney and his own insistence that his behavior – though at times callous, off-putting, or “too familiar” – had been used against him as a weapon in an environment. policy where “recklessness has replaced reasonableness.

“I’m a fighter and my instinct is to fight this controversy because I really believe it’s politically motivated. I think it’s unfair and false, ”he said, but added that he didn’t want“ distractions ”to consume the state government as it grapples with the pandemic and Other problems.

Cuomo could still face the possibility of criminal charges, with a number of state prosecutors to investigate him. At least one of his accusers has filed a criminal complaint against him.

The string of accusations that led to the governor’s downfall began in news reports last December and lasted for months.

“Right from the start, I just asked the governor to stop his abusive behavior,” tweeted Lindsey Boylan, the first woman to publicly accuse him of harassment, after his announcement. “It became very clear that he was unable to do this, attacking and blaming the victims until the end.”

As the scandal grew, Cuomo called out some of the fabricated allegations, forcefully denying that he had touched anyone inappropriately. But he admitted making some assistants uncomfortable with comments he said he intended to be playful, and he apologized for some of his behavior.

He described some of the encounters as misunderstandings due to “generational or cultural” differences, a reference in part to his upbringing in a loving Italian-American family.

As Cuomo resisted calls to resign, state lawmakers launched an impeachment inquiry and his allies dropped him – not only because of the accusations, but also because of the discovery his administration had hidden from thousands. deaths from COVID-19 among nursing home patients.

The harassment investigation ordered by the Attorney General and conducted by two outside lawyers corroborated the women’s accounts and added new ones. Investigators also said governor’s staff retaliated against one of his accusers by disclosing confidential personal files about him.

As governor, Cuomo has presented himself as an example of a “progressive Democrat” who gets things done: Since taking office in 2011, he has helped push through legislation legalizing same-sex marriage, has started to increase the rate of marriage. minimum wage to $ 15 and expanded paid family leave benefits. He also supported major infrastructure projects, including the construction of a new bridge over the Hudson River which he named after his father.

At the same time as the behavior that got him into trouble continued, he was publicly defending the #MeToo movement and surrounding himself with women’s rights activists. He passed a law sweeping aside new protections against sexual harassment and extended the statute of limitations in rape cases.

Its national popularity skyrocketed during the heartbreaking spring of 2020, when New York City became the epicenter of the country’s coronavirus outbreak.

His harsh but compassionate rhetoric captivated television far beyond New York City, and his stern warnings to people to stay home and wear masks contrasted starkly with President Donald Trump’s removal of the virus. His briefings won an international Emmy Award and he went on to write a book on leadership in times of crisis.

But even those achievements were quickly marred when it became known that the state’s official nursing home death tally had excluded many patients who had been transferred to hospitals before succumbing. A Cuomo aide admitted that the administration feared the real numbers were “used against us” by Trump’s White House.

Additionally, Cuomo’s administration has come under fierce criticism for forcing nursing homes to accept patients recovering from the virus.

The US Department of Justice is investigating the state’s handling of nursing home death data. In addition, the state attorney general is investigating whether Cuomo broke the law by using members of his staff to help him write and promote his book, which could earn him more than $ 5 million.

The governor was also increasingly criticized for his brutal and sometimes vindictive treatment of his political colleagues and his own staff, former collaborators telling stories of a brutal work environment.

Cuomo has been divorced since 2005 from author and activist Kerry Kennedy, a member of the Kennedy family, and had a romantic relationship until 2019 with TV personality Sandra Lee. He has three adult daughters and arrested them when he resigned.

“I want them to know, from the bottom of my heart: I have never failed and I would never have intentionally disrespected a woman or treated a woman differently than I would like her to be treated,” said he declared. “Your father made mistakes. And he apologized. And he learned from it. And that’s the reason for life.

Governor Eliot Spitzer resigned in 2008 in a prostitution scandal. Rep. Anthony Weiner went to jail for sexting a 15-year-old girl. Attorney General Eric Schneiderman resigned in 2018 after four women accused him of abuse. And the two main leaders of the Legislature were found guilty of corruption.