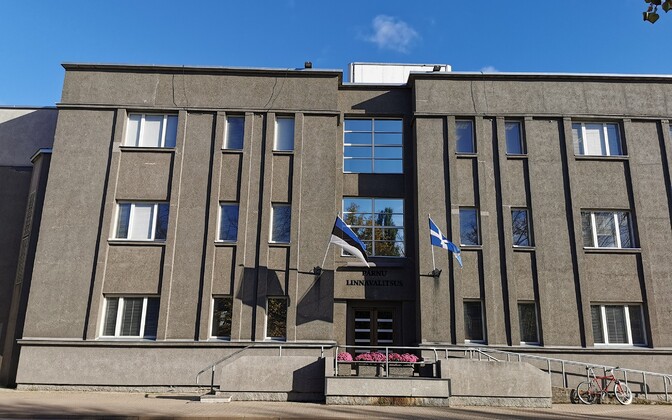 The Pärnu Ühendab electoral alliance, led by the city’s mayor, Romek Kosenkranius, on Wednesday signed the coalition agreement with the Reform Party and Isamaa, which the mayor said represents no significant change from the one signed in last November following the local elections in the fall.

Kosenkranius told ETV news program “Aktuaalne kaamera” (AK) that: “Isamaa’s proposals under the coalition agreement were quite similar to what we discussed before. There is no there have been no major changes, and Pärnu will continue on the same path.”

“However, there are several important nuances regarding green energy, kindergarten fees and the issue of the Pärnu bridge which have also been made more concrete,” he added.

The city had recently requested 25 million euros from the state, in order to go ahead with the new bridge and in the wake of soaring construction prices.

Council President Andrei Korobeinik (Centre) wrote an opinion piece for the ERR late last week that signaled the impending change of power, although Mayor Kosenkranius denied at the time that he was trying to replace the Center in the coalition.

Korobeinik faces a vote of no confidence today, Thursday, but says he has no intention of responding in kind to Kosenkranius.

Korobeinik, a former MP, told AK that: “The mayor is lying or has holes in his memory. As a native of Pärnu, I am very worried that the city has a mayor like this. So we will try determine the situation, and see what happens.”

Andres Metsoja, who signed the coalition agreement on behalf of the new Isamaa, agreed that there would be no major changes to the developments planned for the city of around 40,000 people as outlined in the agreement previous coalition.

Metsoja also sits in the Riigikogu, although he is also likely to be chairman of the Pärnu council – MPs can also hold local council seats, and around half of them do.

Agnes Pulk, chairwoman of the board of the Conservative People’s Party of Estonia (EKRE), also accused Mayor Kosenkranius of long-term corruption, dishonesty and violation of regulations.

Electoral alliances such as Pärnu Ühendab are common in local governments and often result in a coalition with major national parties.