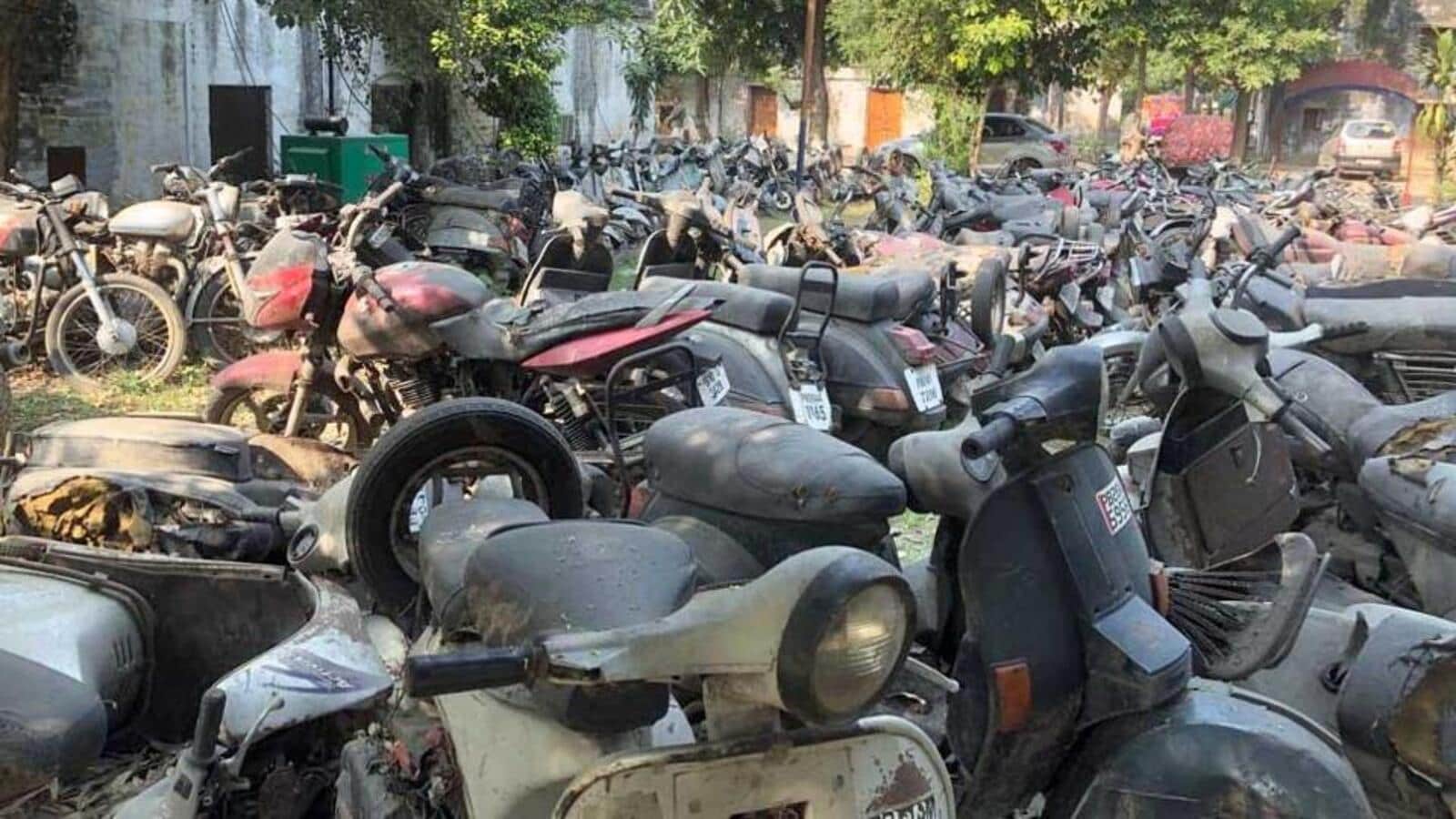 Ludhiana | GRP will auction 110 unclaimed vehicles on May 19

Years after being dumped in the backyard of Local Railway Police (GRP) Thana, the Railway Police will finally hold the auction of 110 unclaimed vehicles on May 19.

Railway police currently have 165 unclaimed vehicles in custody, 110 of which will be auctioned, including four cars, 42 scooters, four auto rickshaws and 60 motorcycles.

Many vehicles involved in an accident have not been claimed by the relatives of the victims, fearing that it was bewitched. Owners of a few vehicles, which had been wrongly parked, never returned to pick them up after parking charges exceeded the cost of the vehicle amid Covid.

The auction was supposed to take place in October, but due to a strike by ministerial staff, the committee meeting was then postponed.

“GRP submitted numerous demands to the local government to declare the date of the auction, but the task was further delayed due to the Punjab assembly elections. In January, the Deputy Inspector General, GRP , Punjab, has asked the deputy commissioner of Ludhiana to set the auction date for the said vehicles, a GRP official said.

After much delay, a local court in January ordered the Government Railways Police (GRP) to immediately submit the list of unclaimed vehicles that had been lying in the backyard of the police station for many years and to accelerate their elimination.

A five-member committee consisting of the GRP Deputy Superintendent of Police, an Inspector, the Director of Punjab Roads Works, an official from the District Transport Office and another transport official set the base price of each vehicle to be auctioned.

Vehicles worth lakhs will be auctioned off to scrap dealers.

“Scrap dealers from any part of the state can participate in the auction. The auction will be attended by the five-member committee and other senior officials,” an officer said.

While cars and automobiles will be auctioned in one lot, there will be two lots of scooters and motorcycles auctioned.

The GRP will conduct the auction under Section 25 of the Police Act and Section 102 of the CRPC.

Saxman: Oh, Nellie! What a week in politics.