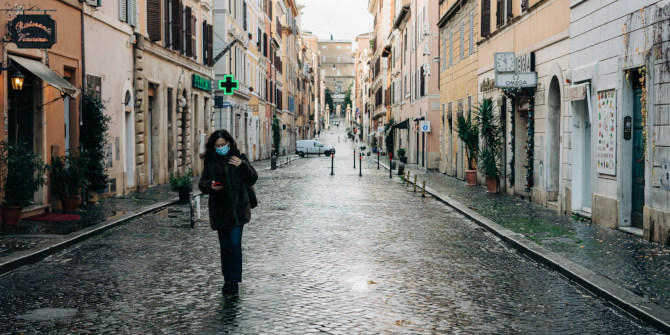 Local government in the European Union: closing the cycle of integration

When people think of EU policymaking, they usually think of developments within EU institutions. But local authorities across Europe are responsible for a wide range of social and economic tasks which are regulated by the EU. Marius Guderjan and Tom Verhelst explain why understanding this local dimension of EU policy is essential to appreciate the impact of the integration process.

Looking at European integration through the prism of local government may seem a little strange at first sight. Since the introduction of the Lisbon Treaty, major EU reforms have been pushed aside, and the EU has faced a number of regional and global challenges over the past decade, including the euro crisis , an influx of refugees, the climate emergency, a global pandemic, Brexit, autocratic regimes violating fundamental principles and laws of the Union, and threats to external security on the doorstep of member states.

In response, national governments have reverted to more intergovernmental and even unilateral modes of governance to weather difficult times. Even in less troubled waters, the relationship between European and local levels of government has never been a hot topic among scholars of European integration. In political science, the study of local government in the EU has remained a niche topic for a rather small community of enthusiasts.

And yet, we believe that the absence of a comprehensive contemporary account of EU-local relations has presented an urgent need and a great opportunity for systematic study. That’s why, in a new book, we link the macro-trajectories of European integration to micro-developments at the local level. From a combination of European integration theories and approaches (including intergovernmentalism, functionalism, fusion, post-functionalism, multilevel governance and Europeanization), we introduce the idea of ​​an “integration cycle” to explain how local government responds to the evolution of European governance. in different areas and phases.

Apart from the “high politics” dealt with in European capitals, politicians and academics tend to forget that without cities, towns and counties, EU policies could hardly be realized. Local authorities across Europe are responsible for a wide range of social and economic tasks which are regulated by the EU, including environmental change, energy transition, integration of refugees, healthcare and d other essential public services.

Through regulations and directives, but also through political programs and funding schemes, local authorities are integrated into European politics. Brussels policy makers have therefore turned to the local level to find effective and innovative ways to develop and implement their goals. In particular, the European Commission and the European Parliament clearly recognize the essential role of local authorities in achieving the EU agenda, as indicated by a 2018 report on the role of cities in the institutional framework of the EU. union:

In line with our metaphor of an integration cycle, local government is not only the recipient of policies and laws coming from Brussels from the top down. In response to European integration, municipalities are adapting their practices, orientation, organization and policy both internally and externally. Some local authorities and actors engage proactively in European affairs and connect to European-wide networks and associations; the most striking examples are the Council of European Municipalities and Regions and the Eurocities.

Local government leads ambitious initiatives that feed bottom-up into European policies on urban mobility, social service provision, environment, procurement, transport and housing, and have strengthened the local dimension within cohesion policy and the urban agenda. Important constitutional and procedural reforms highlight the growing role of the local level in European integration. The Committee of the Regions, the right to local self-government and the principles of subsidiarity and partnership have promoted local and multi-level governance within the formal and “living” constitution of the EU.

While local actors have to make strategic choices about how to approach European decision-makers, it is often the interplay of formal participation and informal lobbying that provides them with conditional but substantial influence in European policy-making. . According to our findings, local influence extended well beyond what is generally assumed. Being systematically and formally involved in decision-making increases their chances of influencing policy upstream. In turn, informal mobilization is more effective in exercising concrete political power and in preventing adverse outcomes and interventions in local self-government.

Our theoretical reflections suggest that the European integration of local authorities represents a “third way” between an intergovernmental and a supranational perspective. The functional overflow of binding laws triggers a ‘sovereignty reflex’ to preserve local autonomy, while the cultivated overflow shifts the attention of local government to European agendas.

The political overflow then activates a small group of local authorities and entrepreneurial actors, who understand that engaging in European affairs is both a necessity and an opportunity for the future of their municipality. Given the great diversity of local authorities in Europe, the different stages of the integration cycle do not involve all local authorities in the same way. Yet, as local pioneers seek to shape and gain access to EU policy-making both formally and informally, local government completes the integration cycle. Subsequently, this can in turn trigger a new loop of downward and upward dynamics.

We are not suggesting that European integration is a continuous and irreversible process, nor that local government is its main driving force. The UK and examples from other Member States have shown that Eurosceptic policy sets clear limits to integration at all levels. Nonetheless, in an age when democracies are both long-established and relatively young, being challenged by populist and radical movements, cities and counties can be a vital site of political discourse and legitimacy.

Better consideration of municipal ideas and preferences can make European governance more efficient and in line with local practices. It can also contribute to strengthening the links between citizens and EU institutions. In this way, the European integration of local authorities reinforces both the legitimacy of the inputs and the results of the EU. After all, local governments are democratically elected stakeholders within the EU and have clear expertise regarding their policy challenges on the ground.

In direct contact with their citizens, local authorities play an essential role in overcoming national borders and contributing to a mutual understanding of differences and commonalities. It is in this spirit that our research aims to improve our understanding of local government in the EU for politicians and people working in public authorities at many levels, as well as for academics who might find our empirical knowledge and useful theoretical ideas for their own endeavours.

Note: This article gives the point of view of the authors, and not the position of EUROPP – European Politics and Policy or the London School of Economics. Featured image credit: Gabriella Clare Marino on Unsplash

The cultural bankruptcy of “cultural appropriation”