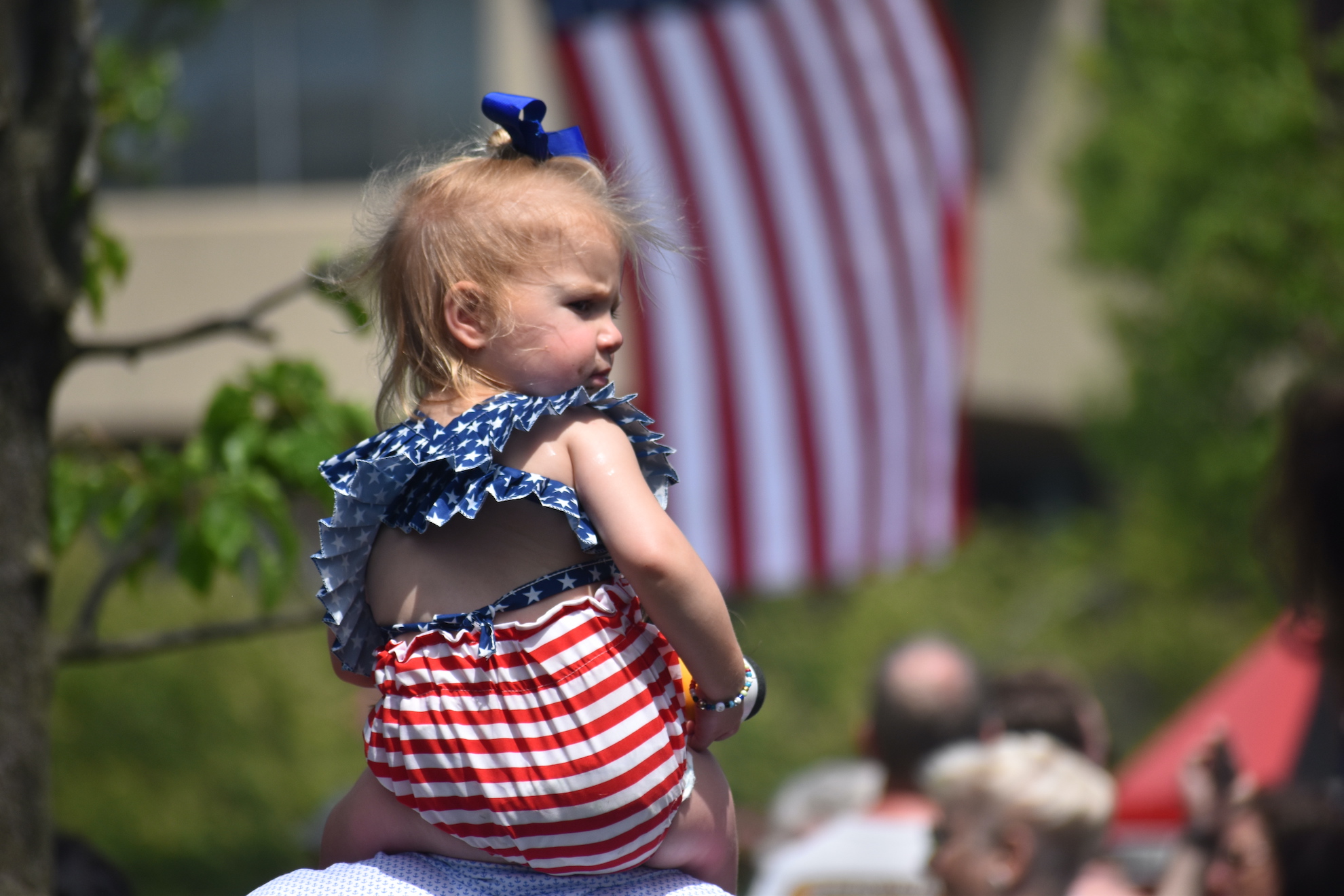 Local communities pull out all the stops to celebrate Memorial Day

The Village Hall Green in Wilmette was so packed that guest of honor Michael Rogers had to take a video.

“My dad is not going to believe it,” said Rogers, a Wilmette native, retired U.S. Navy admiral and former director of the National Security Agency.

With attendance as the metric, Wilmette’s Memorial Day ceremony was a success on Monday, May 30. The festivities in Wilmette, which were heightened in the spirit of the town’s 150th anniversary, began with a unity march with more than 50 local entries, from Scouts and service groups to businesses and local government.

The parade ended at the village hall, where the Wilmette Community Orchestra and hundreds of guests were waiting. The ceremony included a performance of the national anthem by Paul Reineck and the community orchestra, an invocation by Rabbi Samuel Gordon, words by former Wilmette American Legion commander Andy Haszlakiewicz, and opening remarks by Rogers.

Scouts then read the names of the 110 Wilmette residents who died while serving in the US Armed Forces, and Nancy Fox, mother of one of those heroes, Marine Sgt. John Phillips – laid a wreath on the city’s memorial wall.

Just north, the Village of Winnetka also brought back its Memorial Day Parade after limiting the event the previous two years due to the COVID-19 pandemic.

US Navy veteran and former US Senator Mark Kirk was the guest of honor, leading the parade and addressing the crowd in Village Green Park.

The Village of Glencoe and the Glencoe Historical Society hosted residents at Veterans Memorial Park to honor the sons and daughters of Glencoe who died in service.

In Kenilworth, residents marked Kenilworth Avenue a week early on Sunday, May 22, to observe Memorial Day.

The Record is a non-profit, non-partisan community newsroom that relies on reader support to fuel its independent local journalism.

Subscribe to The Record to fund responsible media coverage for your community.

Already subscribed? You can make a tax-deductible donation at any time.