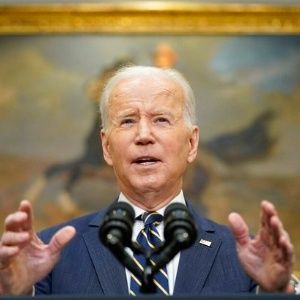 Sixteen days from the start of the special military operation in Ukraine, Russian troops are very close to Kiev. Below are the latest developments in this conflict as they occur.

The United States will revoke “most favored nation” status for Russia. On Friday, President Joe Biden announced new trade sanctions, including a ban on imports of Russian vodka, caviar, fish, shellfish and diamonds.

The United States has also decided to end the principle of the “most favored nation” (MFN) in its trade relations with Russia, thus breaking with multilateral trade regulations and opening the door to the imposition of higher tariffs. on Russian products.

According to Biden, the MFN elimination principle would also be adopted by the Group of Seven (G7), which includes Germany, Canada, France, Italy, Japan and the United Kingdom. Now, the withdrawal of MNF treatment must be approved by the US Congress, which should be easy since Democrats and Republicans are united on Russia-related issues.

Overturning this principle of the World Trade Organization (WTO) implies that the United States and its allies could deny Russian companies access to their services markets and fail to protect their intellectual property rights.

A Kremlin spokesman said “the United States, without a doubt, has declared an economic war against Russia and it is waging that war.” https://t.co/pWnp16Bnrm

The Turkish president criticizes the UN and calls for its reform. During the Diplomatic Forum held in Antalya, Turkish President Recep Tayyip Erdogan stressed that the United Nations was “bankrupt” because it had failed to prevent the conflict in Ukraine.

“As the decisions of the UN General Assembly are not binding, no action has been taken to end the fighting,” Erdogan stressed, calling for reform that nullifies the “right of veto” within the United Nations Security Council (UNSC).

“The world is bigger than five,” he said, criticizing the United States, Russia, China, Britain and France, all of which have the power to veto decisions that could otherwise be taken.

Russia will react to Ukraine’s use of foreign fighters. On Friday, President Vladimir Putin harshly criticized the presence of mercenaries from around the world in Ukraine and stressed that his country would react to their actions.

“Western sponsors of Ukraine and the Ukrainian regime are not hiding it. They are doing it openly, in defiance of all norms of international law,” he said.

NATO does not want an open war with Russia. At the Diplomatic Forum in the Turkish city of Antalya, North Atlantic Treaty Alliance (NATO) Secretary Jens Stoltenberg said his organization has “a responsibility to prevent this conflict from does not degenerate beyond the borders of Ukraine and become an open war between Russia and NATO.

��| People dig trenches around the city in #Kiev.

▪️Volunteers who want to defend the capital Kiev, as Russia’s attacks on Ukraine continue, are digging trenches around the city. pic.twitter.com/0Y8ezyrqGd

Belarusian President Alexander Lukashenko meets Putin in Moscow. This is their first bilateral meeting since Russia launched its special military operation in Ukraine on February 24. President Putin is expected to discuss with his counterpart the current military situation and the progress of negotiations with the regime of Volodymyr Zelensky.

Russia is dismantling military airfields in western Ukraine. Defense Ministry spokesman Igor Konashenkov announced attacks on military targets in the cities of Lutsk and Ivano-Frankivsk, stressing that his country’s forces were exclusively targeting military infrastructure. So far, however, the United Nations has recorded the deaths of at least 516 civilians.

Last week, these channels decided to halt their activities from Moscow following a new law which imposes penalties of up to 15 years for spreading false information. However, after a “thorough analysis” of the scope of this law, the German public media have decided to resume their activities in their studios in Moscow.

#Video: The Russian Ministry of Defense on Wednesday denounced a Ukrainian plan to launch a military operation in the #Donbass region in March in which the United States and NATO could be involved, a plan which was thwarted by the special military operation launched by #Russia February 24. pic.twitter.com/IDNXqg28pW

SEND Tribunal hearings have doubled since 2014