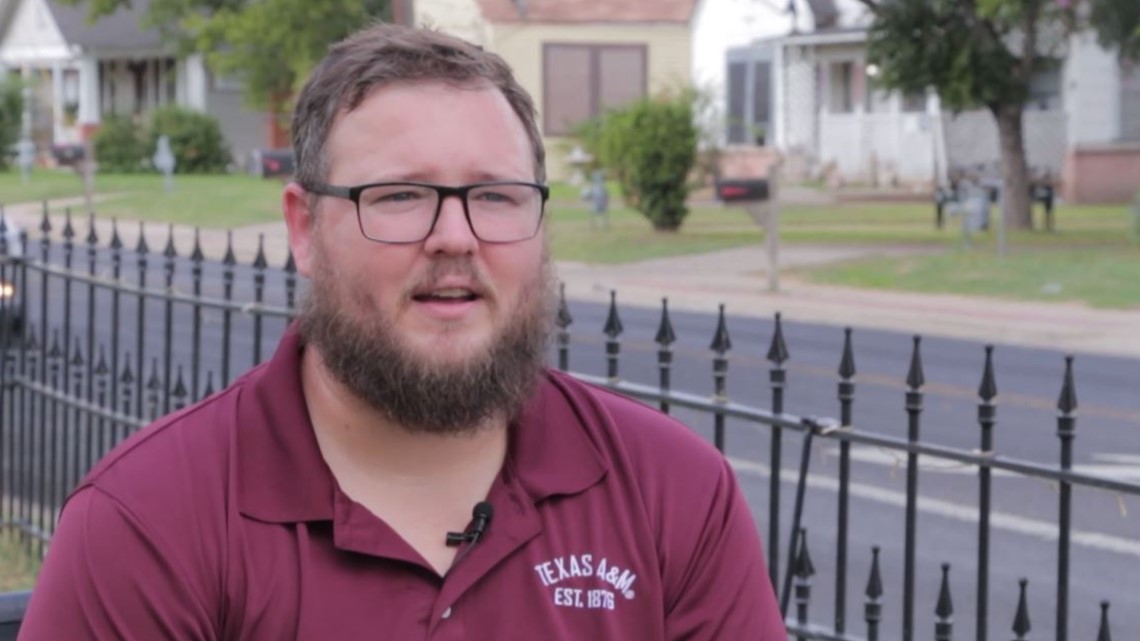 Kyle Schumann, an Aggie and Army veteran, is running for Bryan City Council District 5 in the November 2022 election.

BRYAN, Texas — Kyle Schumann, an Aggie and Army veteran, has decided to run for District 5’s race for Bryan City Council in the November 2022 midterm elections.

We interviewed Schumann at the Polite Coffee in Bryan where he said he wanted more people to feel heard by their local government.

“On a more personal level, are there any quotes, mottos or beliefs that you try to live up to?”

“These words in one of these orders. If someone isn’t sitting there and thinking outside the box, you’re just saying status quo and status quo lead to failure. I myself have a baby girl. We’re trying to get more. Hopefully someday God will bless us with more. If not, we’ll be looking to adopt one or two as well. I’ve been a member of the military, a member of the Corps of cadets at A&M. You know big, rugged, mess-with-you kind of family business has always been a big part of my life. That’s why I want to be more involved in the city.

“You told me you had never run for public office before, so why now?”

“One of the things that really made me decide to do this was that the citizens of my area didn’t have a very good voice in what was going on and we weren’t getting a lot of information when the City asked us to put the water tower in.”

“In mentioning the water tower, do you think this is the most pressing issue for our region?”

“It’s not the most pressing issue, but it made me realize that the citizens of Bryan don’t necessarily get a very good dialogue from the city. We can talk with the City all day, but the City is not doing a very good job of communicating with us.”

“You said the city council didn’t tell you about it before after the fact?”

“Very few people were notified that it was going to be rezoned or ready to be rezoned. A gentleman across the street had no idea it was coming in because he lives in the county. ‘so got no notice so he has a 200 foot water tower set up in his front yard and he wasn’t notified until they adopted it and he was notified saying that it was the future home of the water tower.”

“Since there will be a relatively new council after the election, do you think you and other council members could increase transparency between the city and citizens?”

“I really hope so. My number one goal will be to make sure the laws are updated to be more direct with citizens.”

“Are there any shortcomings that you would like to see resolved by the end of your mandate?”

“Is that most important point that you’re trying to get across that complacency is the greatest enemy?”

“Would you pressure other members of your council to join you if you believe in {a} problem strong enough? »

“That’s what politics is supposed to be, it’s representing citizens and doing what’s best for your area and that’s the beauty of local politics is that you have the opportunity to be a voice for your neighbours.”

If you want to know more about Schumann, you can visit his campaign page here.

Are agreements with health providers contracts or statutory rights?