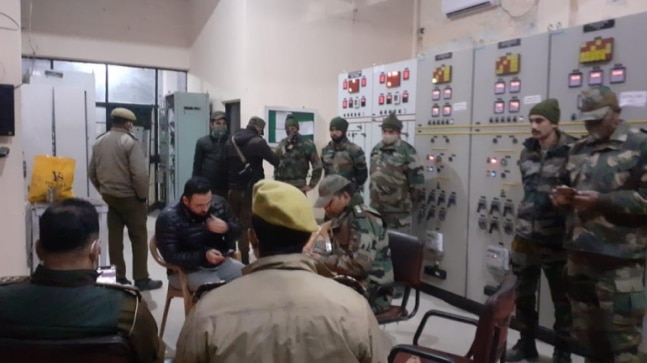 Protests against the blackout

Angry residents of Jammu and Kashmir staged protests against the total blackout in several parts of the region on Sunday as Electricity Development Department workers strike against privatization and other issues entered the second day despite the administration’s request to return to work, officials said.

More than 20,000 electricity workers boycotted the work around midnight Friday in support of their various demands, including the suspension of a joint venture project between Jammu and Kashmir Power Transmission Corporation Limited and Power Grid Corporation of India Limited.

Employees, from all unions and associations, from linemen to senior engineers, decided to call an indefinite strike after talks with the government failed, and organized protests in the twin capitals as well as at the headquarters of the district for the second day Sunday, a spokesperson said. of the power supply employee coordination committee said.

Officials said that many parts of the Union’s territory have experienced a blackout due to the ongoing strike, as a result of which people face enormous hardship due to the non- availability of electricity and water supply, which has sparked protests from angry residents of Jammu City and other districts. that wobble in severe cold snap conditions.

The spokesperson said they presented a four-point formula to the government, but did not accept their demands, including a white paper on failing to meet the recommendations of the report on unbundling and failure to create positions as mandated by the committee at published and unpublished levels, regularization of daily bets and all engineers in the energy development department.

An official spokesperson said the J&K government, taking into account the issues raised, had entered into several rounds of talks with the Electricity Employees Coordinating Committee.

â€œIn every round of talks, government officials have called on power workers to call off their strike as residents of Jammu and Kashmir divisions suffer. In the wake of the Covid-19 contagion and the freezing cold in the two divisions, the coordination committee of electricity employees is asked to end its strike, â€said the spokesperson.

Reacting to the situation, Union Minister Jitendra Singh expressed the hope for a peaceful resolution of the matter as soon as possible.

â€œThe administration is at work, time cannot be stopped because we have to keep pace with the development in the rest of the country. Employees are part of the company and if they do not feel safe it is the responsibility of leaders to address their concerns and move forward with them, â€he told reporters here.

Deputy Speaker of the National Conference and former Chief Minister Omar Abdullah called on the government to leave privatization decisions to an elected government.

â€œThe J&K administration may claim the constitutional authority to privatize the assets of J&K, but it lacks political authority altogether. Decisions of this nature with far-reaching consequences should be left to an elected government, â€he wrote on Twitter.

The striking employees made it clear that repair and restoration work would not be undertaken at all unless the feeder was provided to a hospital.

Senior BJP leader and former lawmaker Devender Singh Rana also expressed concern over many parts of Jammu City as well as outskirts plunging into obscurity and urged the administration to take serious action to address issues with employees on strike, especially during those cold days.

He hopes that all parties involved will act responsibly as the stakes are very high, not only in terms of restoring electricity to the affected areas, but also to ensure that students do not suffer as they depend solely on classes and online exams.

“A power failure has an impact on Internet services,” he added.

â€œMore than 20,000 electrical workers are currently on strike as a result of which many parts of J&K face prolonged power outages and persistent essential repair work. All of this happens during the harsh cold winter season which adds exponentially to existing public woes, â€he observed.

Bukhari asked the government to reconsider as soon as possible its decision to resolve this impasse with the association of the employees concerned in order to avoid further inconvenience for the population.