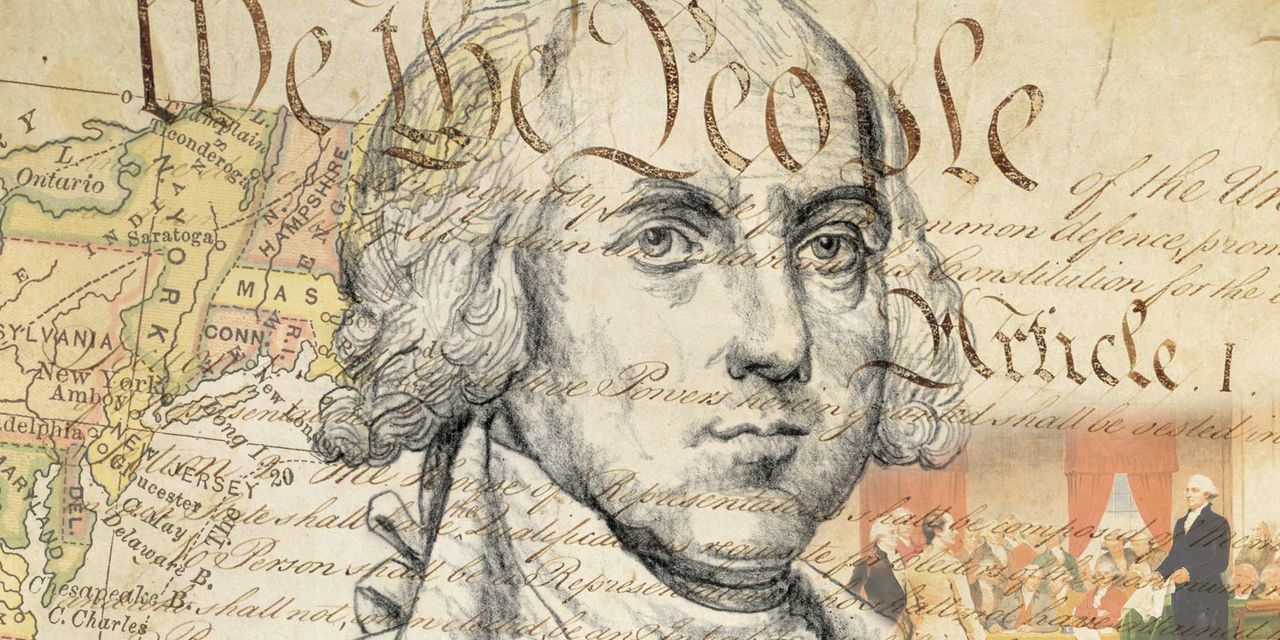 James Madison’s heart was clearly not in his argument in Federalist #62. Writing in late February 1788, when only six states had yet to ratify the Constitution, he had to explain why the Federal Convention had designed the Senate the way it had, giving little Delaware the same weight as his own Virginia, the state the most populated in the country. This decision, writes Madison, was “obviously the result of a compromise between the opposing claims of large and small states”. There was no way to justify it on principle, he continued, because it was “a part of the constitution which is universally accepted as the result not of a theory, but of a spirit of friendship, and that the mutual deference and concession which the peculiarity of our political situation made indispensable.

The words Madison quoted came from the letter in which George Washington, the President of the Convention, announced the completion of its work on September 17, 1787 – the date we now celebrate (though not widely enough) as the day of the Constitution. What this diplomatic language hid was Madison’s deep disappointment not only with the Senate voting rule, but also with the fact that it was the only provision of the new Constitution not subject to amendment. Today, as controversies over the Senate’s performance have grown heated, Madison’s objections remain relevant.

“Madison surmised that if the more populous states could come to a consensus on a new constitution, the less populous would eventually relent.”

Even before the Federal Convention came into effect in late May 1787, delegations from the great states of Virginia and Pennsylvania had privately discussed whether the body should follow a different voting rule than the one the Continental Congress had been in use since 1774, giving each state one vote. Pennsylvanians vigorously preferred to deny small states an equal vote. But as Madison noted in her notes, rather than giving the smaller states an ultimatum upfront, Virginians thought “it would be easier to convince them” to cede their equal status “during deliberations.”

In setting his agenda for the Convention, Madison assumed that while the more populous states could come to a consensus on a new constitution, the less populous ones would eventually give in to their decision. Madison believed that small states could be persuaded that they neither needed nor deserved an equal vote in either house of Congress. Under the Virginia Plan proposed by his “dear friend” Edmund Randolph at the opening of the debate, a proportional representation scheme assigned by population and wealth would apply to both houses of the new Congress.

But Madison’s trust proved misguided. Small states like Delaware, Connecticut and New Hampshire have persisted in their commitment to equality in the Senate. The decisive vote of July 16 is generally called the Great Compromise, but in reality it was a victory for the small states: By a vote of five states against four, with one state (the populous Massachusetts) divided, each state, whatever regardless of size, would enjoy equal representation in the Senate.

The vote left populous state delegates in disarray. The next morning they huddle to assess the situation. As Madison recorded the conversation, he and some of his allies believed that the larger states should go it alone and come up with a constitution based on proportional voting in both houses of Congress. Others felt they had to “give in to small states,” even if it meant coming up with a “flawed and objectionable” constitution.

This disagreement doomed any ploy the big states might have launched. He committed the United States to a scheme of political representation that empowered an artificial minority that existed simply because of the borders that defined states as geographical units.

If that failure wasn’t consequential enough, on September 15, the Convention’s last day of debate, the framers discussed the constitutional amendment rules set out in Article V. When Connecticut’s Roger Sherman proposed “another condition stating that no state will be “deprived of its equal vote in the Senate,” Madison replied that such a statement would invite other states to “insist on” their own particular clauses. The Convention then decisively rejected Sherman’s motion. The principle of an equal vote in the Senate for each state would thus be subject to further review and revision.

But that didn’t end the discussion. As Madison sadly noted, “the circulating whispers of small states” swept through the chamber. Anxious to complete their work, and to present the Constitution as the product of a consensus binding all the States, the drafters quickly did an about face. Without further debate, they immediately made equal state voting in the Senate the only non-amendable clause.

“How different would American politics have been had big states prevailed?”

How different would American politics have been if the big states had won on those two crucial votes? Such counterfactuals are intriguing but still speculative. More important are Madison’s arguments, which have lost none of their power in the years since.

Madison understood the absurdity of these views. People never vote based on the size of the state they live in, except in a situation like 1787, when they vote on the voting rules and have a vested advantage to preserve. As citizens or legislators, we vote according to our interests and opinions, our age and profession, our religious, ethnic or racial identity, etc. But we never ask, what is good for small states or big states?

This is why Madison and her allies believed that small states could be persuaded. On what basis could Virginia, Pennsylvania, and Massachusetts form a pact to govern the other states? The big differences between states, he explained, had much more to do with their climate, which shaped their economies, and the presence or absence of slave labor that resulted. “As to mores, religion, and other circumstances, which sometimes engender affection between different communities,” Madison said, the great states were no more bound to each other than to other states. When pressed to respond to these points, the best answer Connecticut delegate Oliver Ellsworth could muster was that “although no particular abuse can be foreseen by him, the possibility that they are sufficient to alarm him”.

The idea that citizens of less populous states needed special protection in a chamber of Congress remains the most enduring error in American constitutional tradition. Senators from Wyoming and Vermont are not making common cause simply because they are our least populated states and there is no dangerous alliance between California and Texas.

The interests and preferences we share are spread across the national landscape, and even in an age of partisan polarization, the size of our state, as Madison would have predicted, makes no difference to how it votes. As we commemorate the 235th anniversary of the making of the Constitution, the flawed foundation of the Senate remains a disturbing fact that we have yet to confront.

-M. Rakove is the William Robertson Coe Professor Emeritus of History and American Studies at Stanford University and the author of “Original Meanings: Politics and Ideas in the Making of the Constitution,” which won the Pulitzer Prize for History. .