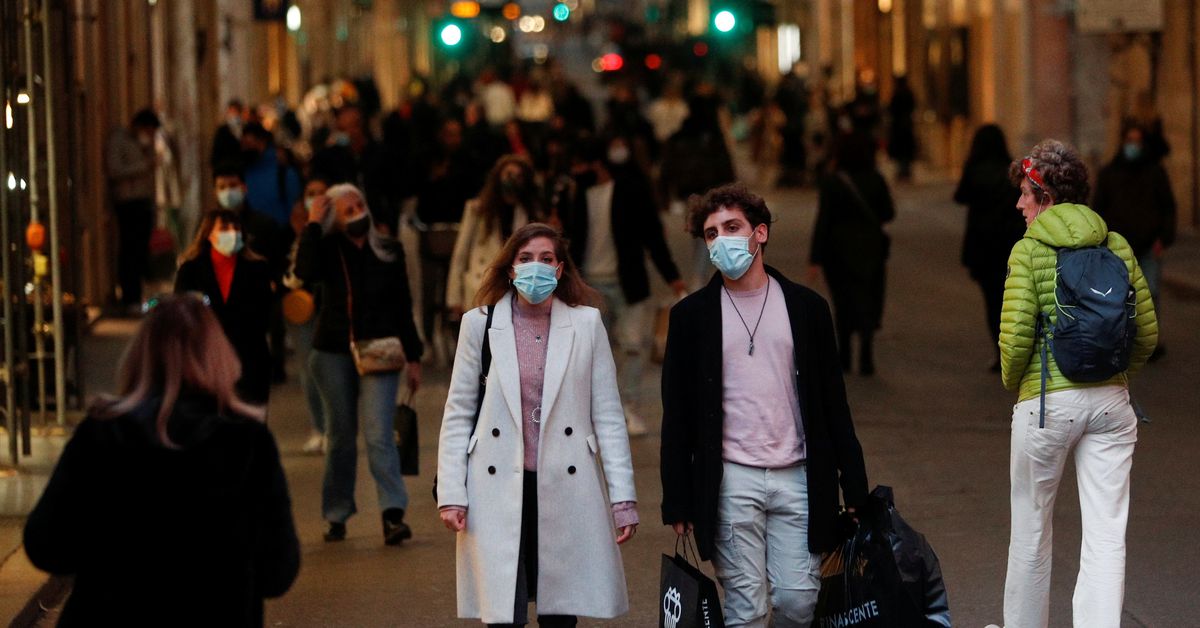 Shoppers walk along a shopping street before Christmas amid the spread of the coronavirus disease (COVID-19) in Rome, Italy, November 30, 2020. REUTERS/Guglielmo Mangiapane

ROME, July 27 (Reuters) – Italian business and consumer morale plummeted in July, a month that marked the return of political instability in Italy with the collapse of Prime Minister Mario Draghi’s national unity government , according to data released Wednesday.

National statistics institute ISTAT’s manufacturing confidence index fell to 106.7 in July from a downwardly revised 109.5 in June, below a median forecast of 108.0 in a Reuters survey with 10 analysts.

The June figure was previously 110.0.

Consumer confidence this month fell to 94.8 from 98.3 in June, against a median forecast of 96.6 in the Reuters poll. It was the lowest reading since May 2020.

European Union energy ministers on Tuesday approved a proposal asking all EU countries to voluntarily reduce their gas consumption by 15% from August to March with compromise agreements to reduce cuts for certain countries, including Italy, which accepted a reduction of 7%.

But despite numerous headwinds, the eurozone’s third-largest economy appeared to hold up better than expected a few months ago as some economists predicted a recession triggered by soaring prices.

The Draghi government in April revised down its economic growth forecast for 2022 to 3.1% against a projection of 4.7% made last September.

Why RHOBH’s Erika Jayne Might Need to File for Bankruptcy