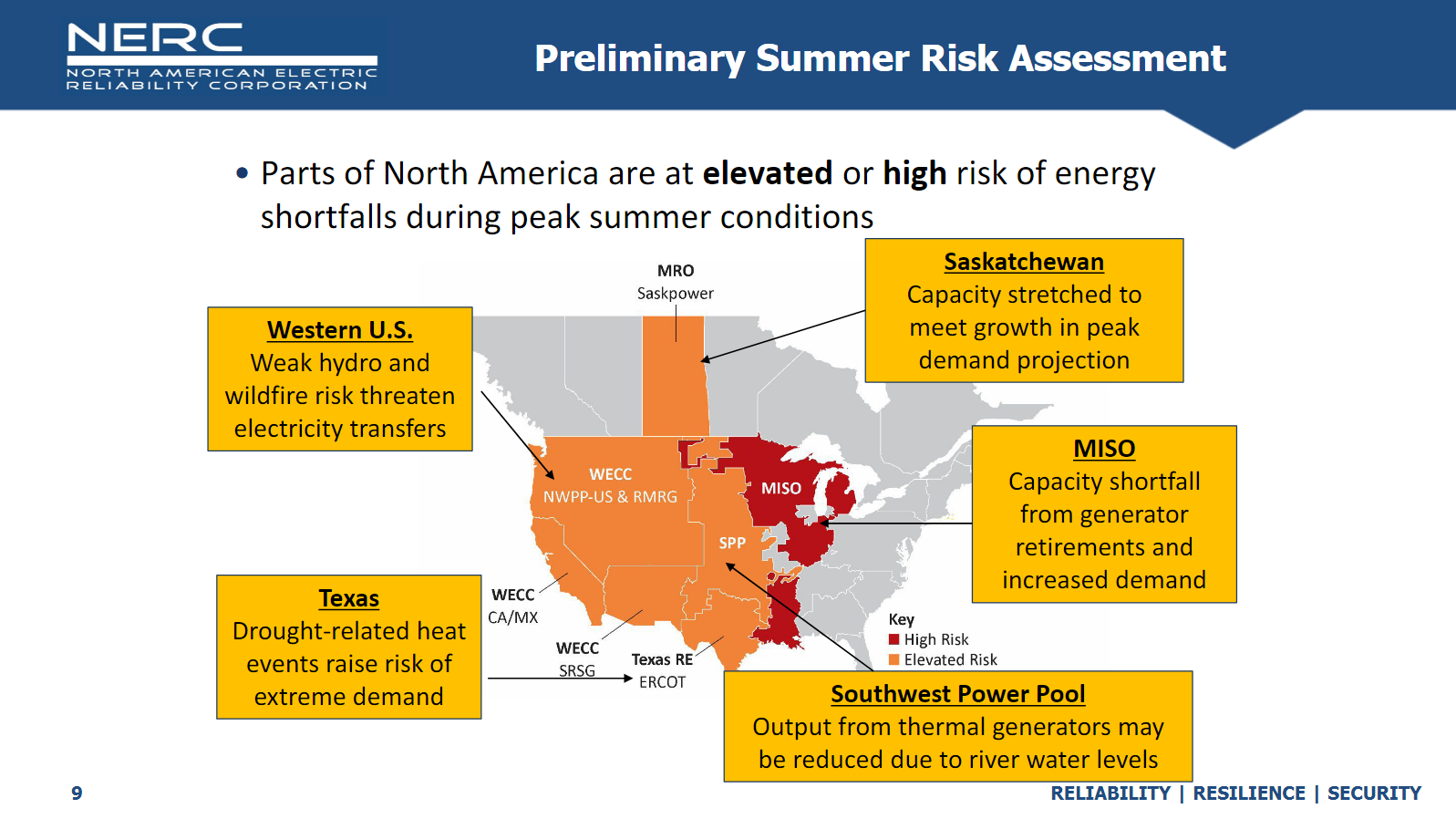 (WISH) – Members of Indiana’s congressional delegation are demanding answers about the possibility of blackouts in the state this summer.

The North American Electric Reliability Corporation (NERC) has warned that the Midwest, including Indiana, is at “high risk” of power shortages during peak conditions this summer.

The NERC report cites “lack of capacity due to generator retirements and increased demand”.

News 8 has obtained an exclusive copy of a letter to federal officials written by Reps. Jackie Walorski and Greg Pence, and signed by the nine Republican members of Indiana’s congressional delegation.

“The radical shift away from traditional fuel sources has exacerbated current grid vulnerabilities, leaving families and manufacturers vulnerable to an unexpected supply shock,” the letter said.

The letter cites a NERC estimate that the Midwest region could face a 2.3% energy deficit from 2021, and highlights a potential impact on families and industries.

“As one of the largest manufacturing centers in the nation, Indiana relies on a secure, reliable, and resilient power grid to produce American-made products and maintain a strong workforce” , Rep. Walorski wrote.

The letter arrives just days after a I-Team 8 Report on Energy Supply Issues during a record heat wave in Indiana.

AES Indiana told I-Team 8 that it has plans in place for additional power demand during the heat wave.

“We know our customers are concerned about power outages and potential blackouts, but we have plans in place,” AES spokesperson Kelly Young said. “We have a team that can work to reduce and shift energy consumption during peak periods. We issue advice and alerts as often as possible to keep our customers informed. »

Board of Trustees Disbands San Antonio Symphony Orchestra, Will File for Bankruptcy