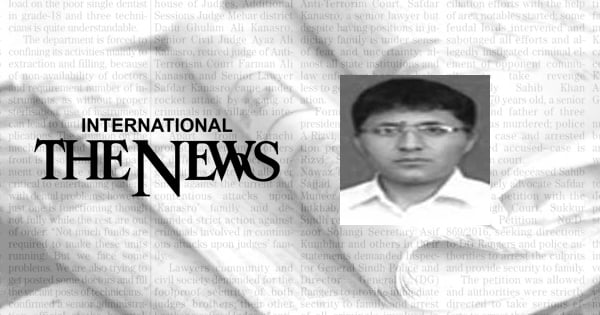 The motivation to write a series of articles on local governance in Pakistan came from an insightful discussion on the topic organized recently by the Dialogue Forum Hunza (DFH).

The first three parts of the series of four articles will discuss the historical development of the local government system in Pakistan, including key features, challenges and the way forward. The fourth article will exclusively discuss the case of Gilgit-Baltistan (GB) and will include a critical review of existing local government laws/policies/bills vis-à-vis the unique ecological, political, geo-strategic and constitutional context of the region. .

These articles attempt to envision an effective framework while drawing on the holistic experiences of local communities in Pakistan. Credit goes to DFH for organizing this important debate as an inclusive platform of intellectuals, policy experts, development professionals, political leaders, civil society activists, journalists, academics and researchers.

The DFH invited renowned experts as well as local practitioners from Britain to deliberate on existing local government legislation and policies in the face of emerging challenges from rapidly changing political and economic realities in Pakistan and constitutional and ecological challenges in Britain. The experts also made recommendations for developing viable models of local government systems to meet these challenges.

Pakistan is a federal republic with a three-tier governance system at national, provincial and local levels. This system of governance is constitutionally protected in Articles 32 and 140-A, making the local government system a mandatory provision of representative democracy. Article 140-A of the Constitution states: “Each province shall, by law, establish a system of local government and delegate political, administrative and financial responsibility and authority to elected representatives of local governments”.

The constitution grants the ECP the power to ensure free and fair elections at all three levels of government. Each province has also enacted its own local government legislation as an extension of the constitutional provisions with implementation responsibilities assigned to a dedicated ministry.

A strong democracy must have an effective local government system to make citizens shareholders of political power and economic prosperity. It calls for political, legal, economic and fiscal decentralization and for land use planning protected by law. While the constitution provides for a system of local government to strengthen democracy, in reality these provisions have never materialized.

With the 18th Amendment in 2010, the power elite at the center agreed to devolve political authority to the provinces, but the provincial political elite resisted further decentralization of power to an effective local government system.

The provincial political elite and bureaucracy have always thwarted citizens’ demand for an autonomous and inclusive local government system for fear of losing their political power and control of fiscal resources. Dominant political parties lack intra-party democracy and are led either by family rulers or strong personalities with absolute control over intra-party policy decisions. The fear is that a strong local government system could give rise to a vocal and alternative political leadership which, in turn, will challenge the monopolistic political control of the traditional ruling elite.

Pakistani politics is dominated by feudal lords, family dynasties and business magnates who work with clerics, pirs, shrine keepers and bureaucracy to consolidate their control over political power.

The ruling elite of the dominant political parties draw their public legitimacy from invented identities to associate themselves with saints, pirs and syeds. It is unthinkable to create an autonomous local government system without breaking this undemocratic power alliance and allowing the educated middle and working classes to become stakeholders in the governance of the country.

The system was too bureaucratic as it gave additional powers to tehsildars and deputy commissioners. They acted not only as administrative heads but also as political leaders at the local level, and elected officials became rubber stamps.

It was a flawed model of local governance that not only stripped local elected officials but also ensured direct administrative control of the lowest levels of government.

The goal was to control the center and cultivate pro-military leadership at the local level. For this reason, it can be argued that the model of grassroots democracies did not introduce democracy because it did not empower people to control the power of government.

Later, General Ayub introduced the Municipal Administration Ordinance of 1960, which included a hierarchical system of four linked levels. The lowest level consisted of trade union councils made up of elected members. The members of the union council elected the president from among themselves. The upper levels of local government had members elected indirectly by these directly elected members and official members appointed by the government.

On the whole, as a result of the colonial legacy, local governments were controlled by bureaucracy. Deputy Commissioners and Chief Bureaucrat Commissioners at district and divisional level respectively had the power to overrule any proceedings or decisions taken by local councils.

The main motivation for Ayub Khan’s introduction of local governments was to legitimize his presidential constitution (1962) which gave control of the state to the military through the office of the president.

The author is a social development and policy adviser, and a freelance columnist based in Islamabad. He tweets @AmirHussain76 and can be reached at: [email protected]