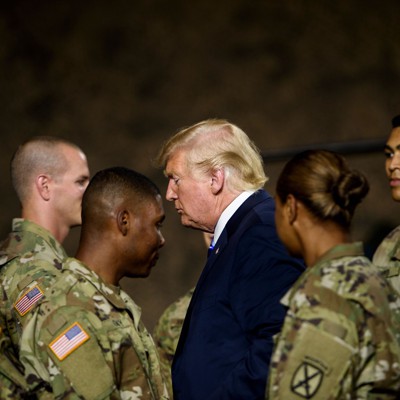 How to prevent political division from eroding military-academic relations

Much has been written about how our political polarization undermines U.S. national security by allowing adversarial influence operations, but the division between us also hinders successful collaboration between academics and the Department of Defense. This worries us because the need for diverse, multi-specialist teams has never been higher.

Although expressly apolitical, academia is largely left-wing and the military is largely right-wing, and these ideological tendencies are intensifying. From 1989 to 2016, the ratio of liberal to conservative professors doubled from 2.3 to 5. The self-identified liberal shift has stabilized in recent years as polarization has increased. But the gap remains. A meta-study on the identification of political parties published just before President Joe Biden’s inauguration found that 48% of college professors registered as Democrats, while only 6% registered as Republicans.

There are no good polls on the political tendencies of the military. In the most recent Military Time survey of its readers, often seen as the best thing after a statistically accurate sample, favor towards Trump fell among active-duty troops in August 2020, well before Trump’s post-election disputes, the Jan.6 attack on the Capitol and the recent right wing criticized the military leadership’s initiatives on race and extremism, but there was still a pronounced gap: 40% identified as Republicans or Libertarians versus only 16% as Democrats. It is opposed to that of the professors.

Nuance is becoming more and more difficult to find in these groups. Neither the left nor the right are immune to the effects of strong group identification and polarization. A strong partisan identity can cause individuals to avoid outside political groups, believe their own group is flawless, and readily accept information that supports their party’s position. These biases can hamper exposure to cross-party positions, including arguments, strategies, and research, ultimately decreasing the likelihood of a successful collaboration.

The recent round of partisan outrage over the military’s efforts to eradicate far-right extremism and teach the troops about racism, including the support of the Chairman of the Joint Chiefs General Mark Milley for West Point Cadets who learn critical race theory is just the latest example of interference in military-academic relations stretching back decades. In the 1970s, several universities banned Reserve Officer Training Corps programs and barred military recruiters from entering campus to protest the Vietnam War. Others did so in the 1990s to protest the Don’t Ask, Don’t Tell policy preventing openly gay Americans from serving. Most have since lifted the ban, but the episode highlights politically-based discontent between some academic institutions and the military. More recently, thousands of U.S. academics condemned Immigration and Customs Enforcement’s announcement in 2020 that it would deport international students who enrolled in online-only programs during the pandemic. Regardless of who is right or wrong in these cases, this kind of political tension will prevent stakeholders from seeking collaborations.

In addition, it has been argued that some military-funded defense research programs threaten the integrity of academic institutions. Specifically, some academics are concerned about the ethical implications associated with defense-funded research, the ability to maintain trust in the scientific community, and the establishment of boundaries between government and creative intellectual research. Concerns over the Human Terrain System program in Iraq and Afghanistan illustrated the tension.

Meanwhile, within the ranks, some conservative military personnel have expressed concern that military policies emanate from liberal academic circles; in particular, those surrounding the recent military demobilization to combat extremism. Even when elite military commanders like Milley and the Joint Chiefs occupy what some see as liberal academic positions, it could create conflict within their conservative troops and ultimately make the two institutions less compatible.

In 2021, some researchers still argue that politically grounded tensions demonstrate why the military should not collaborate with academics, arguing that institutions are too separate to work effectively together. We think this argument is wrong.

A 2014 report by the IDA Science and Technology Policy Institute stressed the importance of collaboration between academics and the Department of Defense, and argued that “people are essential to improve partnerships.” It is essential to overcome political obstacles in the development of such relations. For the security and prosperity of the nation, we must establish ways to overcome these political barriers.

Social psychology research suggests that four conditions can maximize collaboration between groups: common goals, institutional support, a commitment to cooperation, and equal status. The first two are pretty straightforward, but the last pair is worth exploring.

Effective â€œdedication to collaborationâ€ requires genuine buy-in from all stakeholders, not passive participation. Longer-term membership can be encouraged by forming inter-institutional teams to develop practical skills to operate with a less biased and cooperative mindset. This would be consistent with current missions in both the military and academia and could increase cognitive flexibility while promoting direct collaboration. The motivations underlying the collaborative effort may differ: academics are often driven by curiosity and scientific research, while military personnel and national security practitioners may focus on relatively more practical needs. However, investing in cognitive agility education while emphasizing a clear overall mission can help bridge the differences.

Research also shows that teams work best when their members are treated equally. But since â€œequal statusâ€ in its literal sense would undermine the military’s important rank structure, we instead reframe this to emphasize the equal value of the unique contributions, skills and expertise of team members. . While academics and military personnel may initially feel intimidated by each other’s expertise, appreciating and drawing on the diversity of expertise can lead to more fruitful collaboration. For academics this could be expertise in using the scientific method to draw conclusions, and for national security practitioners it could be expertise in ensuring that project results have translational implications. By recognizing these strengths, the team will be ready to overcome prejudices and, in turn, forge cohesive partnerships, thus bringing together the brightest minds for the ultimate security of the nation.

The opinions expressed in this article are those of the authors alone. They do not reflect the official position of the Naval Postgraduate School, the US Navy, or any other entity within the US government.

Dr. Rikki H. Sargent is a social psychologist and her research focuses on the social cognitive processes that underlie intergroup and intragroup attitudes and behaviors. In her role at RIWI Corp., she specializes in research program development, data analysis and strategies. She is currently working on projects that cover public health safety and the stigma associated with substance use.

Dr Shannon Houck is Assistant Professor in the Department of Defense Analysis at the Naval Postgraduate School in Monterey, California. His research focuses on the social psychology of influence, cognitive rigidity and political polarization. His publications are available here: https://www.shannonhouck.com/

Dr. Lucian Gideon Conway, III, is a Full Professor in the Department of Psychology at the University of Montana. His research in socio-political psychology focuses on the links between human psychology and communication applied to security issues. His publications are available here: http://hs.umt.edu/physicalcognition/default.php

Haridwar administrator gives in, clears some tourists after questions raised during CM visit