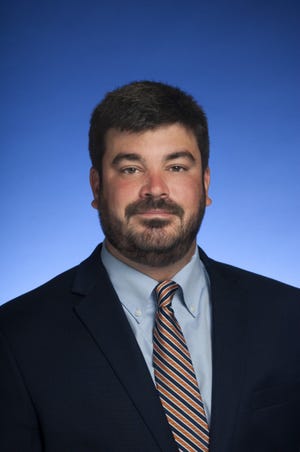 Holt Whitt, whom Sexton, R-Crossville, appointed as its interim chief in January 2020, is now joining the Tennessee Human Resources Department as a Human Resources Administrator. The position is effective July 6.

Whitt will serve as the senior policy advisor for the department, “providing support and advice on key strategic initiatives,” according to HR spokesperson Amanda Adams.

After nearly a decade of working in Republican House offices, including under Sexton and former Speaker of the House Glen Casada, Whitt was put on paid administrative leave in January as FBI agents descended on the General Assembly Cordell Hull office building in connection with an ongoing investigation.

Officers contacted Whitt at his home that day, but did not search him. However, they raided the homes and legislative offices of Casada, R-Franklin, Representative Robin Smith, R-Hixson and Representative Todd Warner, of R-Chapel Hill.

No charges have been filed in the case, which in part involves campaign spending and obscure political advice ventures. Whitt and two other legislative staff were also placed on leave.

In March, a US Department of Justice lawyer wrote to Whitt’s lawyer that he was classified as a “witness” in the investigation.

The attorney for the Department of Justice’s Public Integrity Section thanked Whitt and his attorney for being interviewed and for his “continued cooperation,” noting that “status designations are fluid and may change as new evidence is becoming available “.

Adams said the Human Resources Department was aware of Whitt’s status as a witness in the investigation.

In a statement Tuesday, Sexton said Whitt’s resignation from the legislature is effective July 2. Sexton did not say if, prior to the resignation, he had immediate plans to allow Whitt to return to the office.

“Due to the ongoing investigation, I cannot discuss the timeframes or circumstances regarding staff decisions regarding those on leave,” Sexton said.

“Mr. Whitt has not received a letter from the agency stating that he has been cleared. I understand his letter indicates a witness designation at this time, and all status designations are fluid and subject to change. . “

Sexton did not answer a question about who he will appoint his next chief of staff.

When he started in this role in early 2020, Whitt replaced former chief of staff Scott Gilmer, who took office in 2019 under Casada following the resignation of former Casada chief Cade Cothren, who left his post amid a scandal involving sexist and racist texting.

Casada, who received a vote of no-confidence from the House Republican caucus, ultimately resigned as chairman that year. He managed to get re-elected and has remained in the legislature ever since as a grassroots member.

Want to read more stories like this? A subscription to one of our Tennessee publications gives you unlimited access to all the latest political news, podcasts like Grand Divisions, as well as newsletters, a personalized mobile experience and the ability to tap into stories, photos and videos from all 261 dailies on the USA TODAY network. sites.