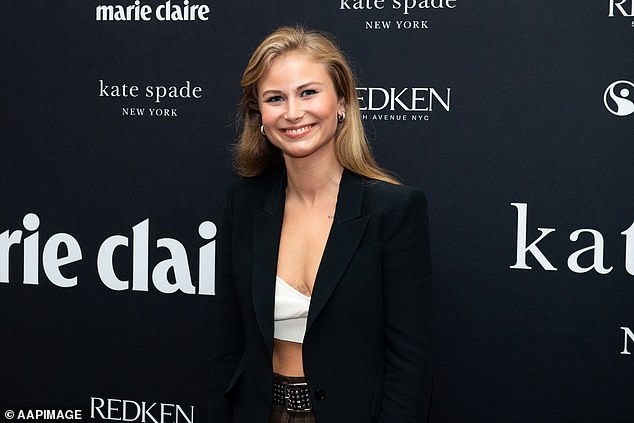 Grace Tame has slammed a wealthy pedophile after he declared bankruptcy and avoided paying court-ordered compensation to his victim.

Ms Tame has targeted Tasmanian man John Wayne Millwood, 76, after it was revealed he had yet to pay his victim, known as ZAB, around $6 million in damages and interests.

Millwood abused ZAB for six years in the 1980s and was jailed for four years in 2016 before being released on parole in 2019.

Ms Tame has targeted Tasmanian man John Wayne Millwood, 76, after it was revealed he had yet to pay his victim, known as ZAB, around $6 million in damages and interests.

“In December, he was ordered to pay a record $6 million to compensate his victim, whom he abused for 6 years in the 1980s.

“Now he is abusing the law to cry poor, prolonging the trauma.”

ZAB claims that Millwood transferred its assets to family, friends and third parties.

Millwood held $4 million worth of shares in the company Realba Investments which owned properties in which its Sonic Healthcare operated in Launceston and Hobart.

Those shares have since been transferred to a company called Mazus Holdings, which is owned by Milsone Pty Ltd, whose sole director is Millwood’s daughter, Sarah Kate Millwood.

Millwood also owned a building at 159-161 St John Street, Launceston, worth around $2.5 million, which was sold to Milsone and then resold.

Shares were given to Ms Millwood, former partner of pedophile Sonia Ann Finlay and a share in a beach house was ‘offered’ to her son, Duncan Thomas Alexander Finlay.

“I have no doubt that we will be able to recover the $6 million that is fully owed to me, and it will cost Millwood and his family much more in the long run,” he told ABC.

ZAB told The Australian that Millwood, described by the Tasmanian Parole Board as “narcissistic”, is also “morally bankrupt”.

Millwood has ‘gifted’ his share of a beach house worth around $500,000 he owned in Low Head, Tasmania, with former partner Sonia Finlay to his son Duncan

“It’s clear that Millwood has the capacity to pay, but he seems to think that in his case, the payment of damages awarded by the Supreme Court is optional,” ZAB said.

“His contempt for the court and for me, the victim of his sexual abuse, is shameful.”

ZAB was abused by Millwood under the guise of medical examinations, then spent years being hounded and harassed by Millwood who threatened to sue him and hired private detectives to place witnesses under surveillance.

At the time, Millwood was celebrated in Tasmanian society as the owner of a prized collection of colonial artwork, and was instrumental in establishing the John Glover Society.

Glover was the famous 19th century landscape painter who emigrated from Britain to Evandale in northern Tasmania in 1831.

How frustration over TikTok rose in Washington