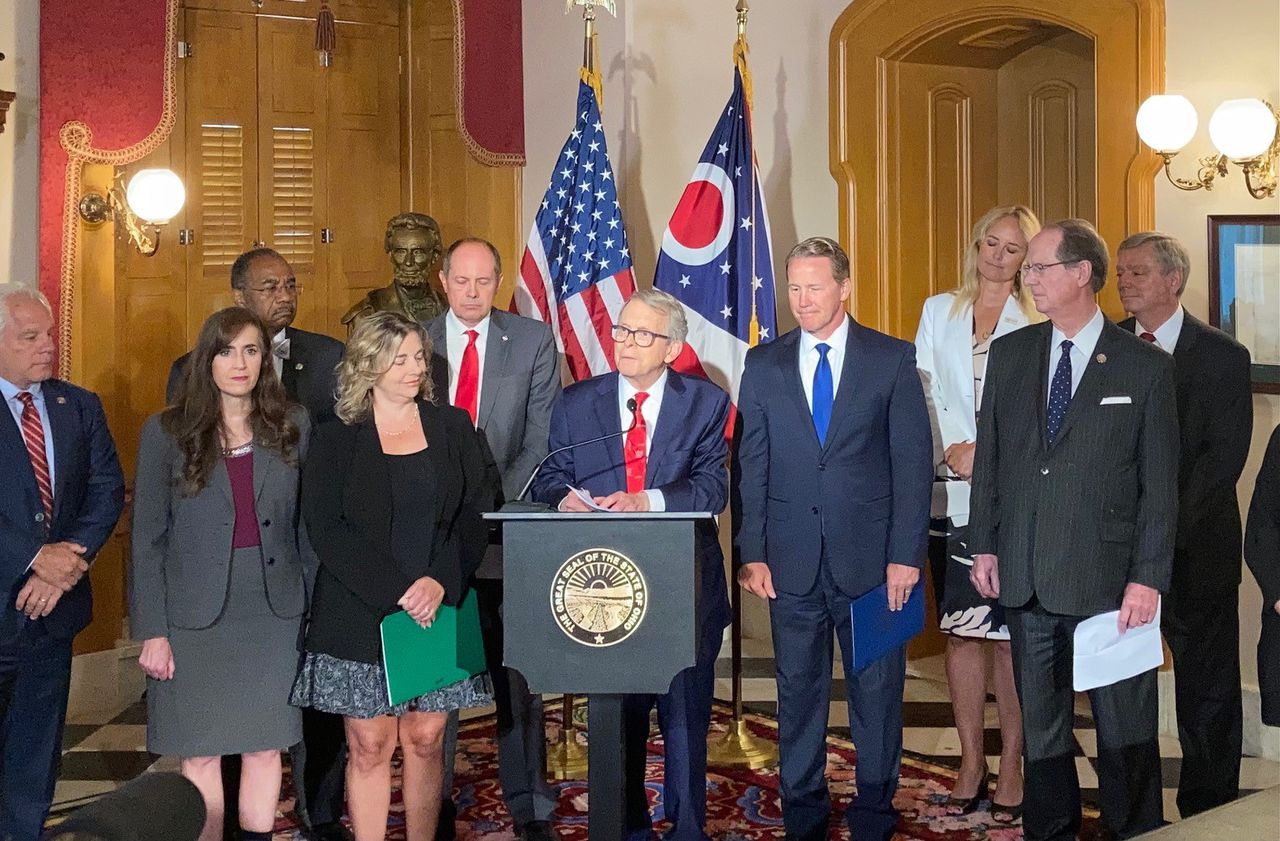 COLUMBUS, Ohio – State lawmakers this week passed a budget bill that would have created a new process for members of the public to challenge local governments for illegally making decisions behind closed doors rather than in public meetings .

But Gov. Mike DeWine vetoed the provision when signing the bill on Thursday, deeming it unnecessary.

The move blinded Monica Nieporte, president and executive director of the Ohio News Media Association, who worked with Republican state auditor Keith Faber on the provision. ONMA is a professional association that represents the Ohio news organizations, including cleveland.com and The Plain Dealer. Editor Chris Quinn sits on the board.

“It was quite surprising that of all the things that were in the budget the governor looked at this,” Nieporte said. “We obviously hadn’t expected that to happen. And based on his reasoning [stated in a written veto message], all I will say is that we do not agree with his reasoning.

The proposal would have created a new mediation process for violations of the Open Meetings Act, a state law that requires local officials to make decisions in public and announced meetings. Someone alleging a violation could file a complaint with the Court of Claims, a branch of the Ohio Supreme Court, which could then appoint a mediator to decide whether the local government has broken the law. Implementing the new process would cost $ 700,000 per year, according to an analysis of legislative staff.

If they won, a citizen could make that decision and, if they wished, file a complaint with the county common pleas court to seek the overturn of an illegally rendered decision.

The proposal was to expand an existing system that Faber put in place as a state legislator in 2016 that also allows citizens to file complaints with the Local Government Claims Court for failing to comply with demands for public documents. Journalists, including those from cleveland.com and The Plain Dealer, used the process to secure cases that governments have illegally withheld, such as a proposal submitted by city leaders in 2018 in an attempt to woo Amazon.com to build a second headquarters in Cleveland. Unlike a lawsuit for public records in a county court, a complaint to the Claims Court is inexpensive and dealt with quickly.

DeWine wrote in his veto message that the current Common Pleas Court process was sufficient. He also said any initiative to expand the Claims Court should involve consultation with the Ohio Supreme Court.

“It was not a veto because we do not support transparency,” he added.

Allie Dumski, a spokesperson for Faber, said, “We believe that creating a faster and cheaper mediation process in the claims court would allow better access for Ohioans. A similar program has proven effective for disputes over public documents, and we will continue to advocate for greater transparency in government. “

The Ohio Senate last year unanimously approved a stand-alone bill creating the new process for complaints under the Open Meetings Act, but the legislation got bogged down in the House.

The Ohio County Commissioners Association was the only organization to voice concerns, but the measure met with no formal opposition, said Sen. Nathan Manning, a Lorain County Republican who sponsored the stand-alone bill.

Manning said the legislation was aimed at getting quick answers to questions about alleged violations of the open meetings law.

“Having an expert in the claims court worked really well with public records,” Manning said. “So that was also the objective of this legislation. “

Manning said he would have to reconsider the governor’s reasoning before deciding to try again to move the measure forward.

“This is something that we can check out a bit more and make sure it’s a good process, but although they are different, by talking to the Claims Court and the people who worked there, they were able to manage it, ”Manning said.