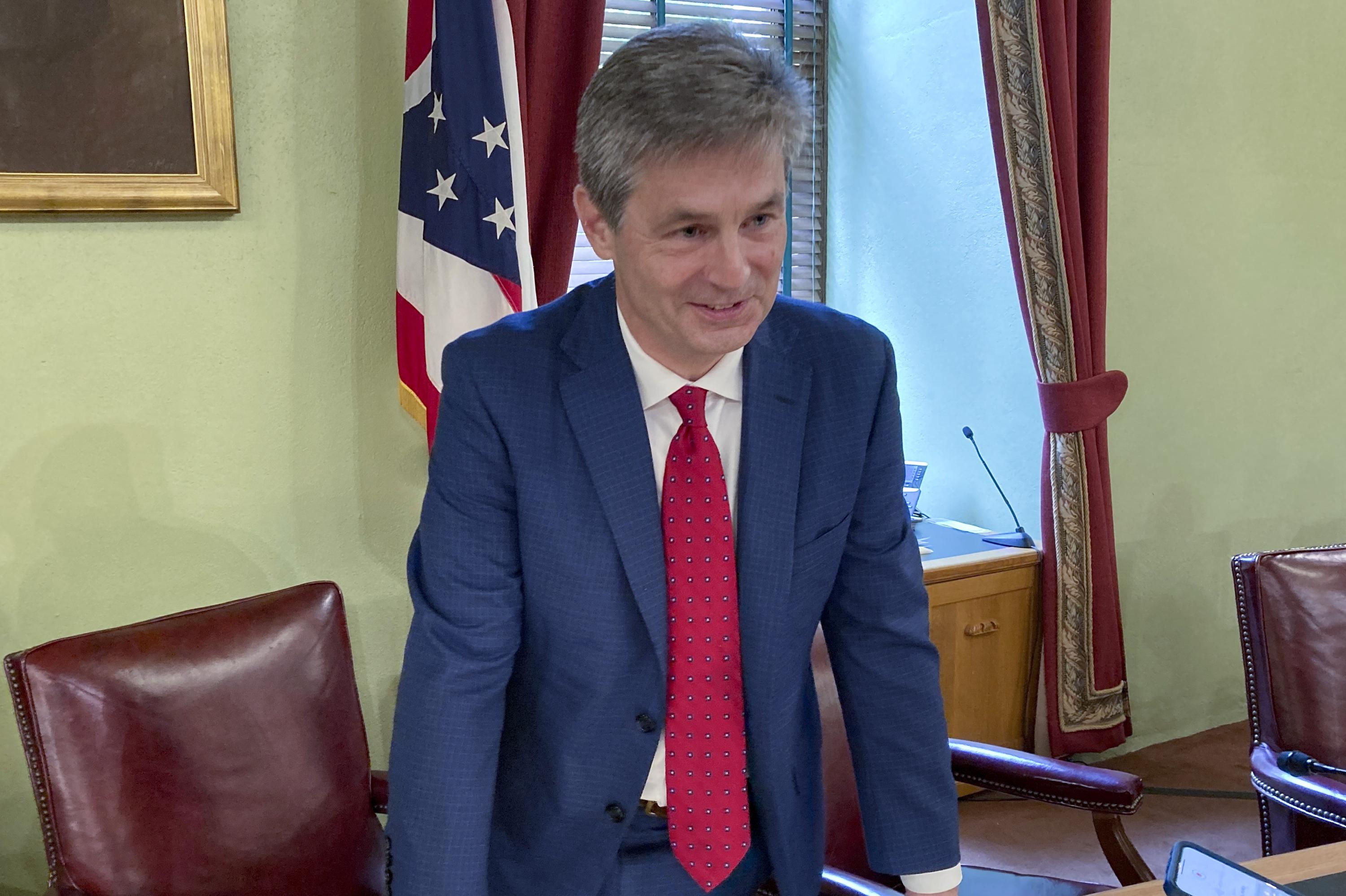 He said the people of Ohio want jobs, security and problem solving, “not the political blame game that lacks common sense solutions.”

Dolan once presented himself as a tough but pragmatic politician in the tradition of Portman and the late US astronaut and Senator John Glenn – the latter a bold reference to a Democrat in a state where politics are increasingly polarized.

“After meeting with Republicans, conservative activists, and community leaders across Ohio in recent weeks, it’s clear that the focus of the U.S. Senate race has yet to be on our people, our interests and our Beloved state, ”Dolan said in his announcement. , promising to change that.

In particular, Mandel adopted Trump’s style in his campaign, criticizing immigrants, ethnic groups and Democrats on Twitter, calling the media enemies, and condemning the COVID-19 vaccine and masking requirements.

Dolan, meanwhile, said someone once called him the “nicest, meanest person” they had met and that he tried not to resort to name calling.

The 56-year-old, whose family owns the Cleveland Indians, spent weeks on his listening tour ahead of his announcement. He has served as both a state representative and a state senator representing the districts of the Cleveland area.

On social issues, Dolan supported restrictions on abortion, but voted against a bill restricting the procedure to the first detectable fetal heartbeat, as he believed it would lead to a costly challenge in federal court that seemed at the time impossible to win.

“I vote on common sense and conservative issues that make a difference in people’s lives,” he said.

Dolan also sponsored a gun reform package proposed by Republican Gov. Mike DeWine after the deadly 2019 Dayton mass shooting, challenging those who saw it as an infringement on Second Amendment rights. Despite initial bipartisan support, the bill has stalled.

As chairman of the Senate finance committee, Dolan just finished helping negotiate the two-year, $ 75 billion state budget. which included a 3% personal income tax cut for Ohioans and adopted a two-party school funding solution that had been in the works for years.

Dolan also shared his thoughts on the decision to change the name of the Indians squad. after 105 years. He called this an unfortunate consequence of “culture wars”.