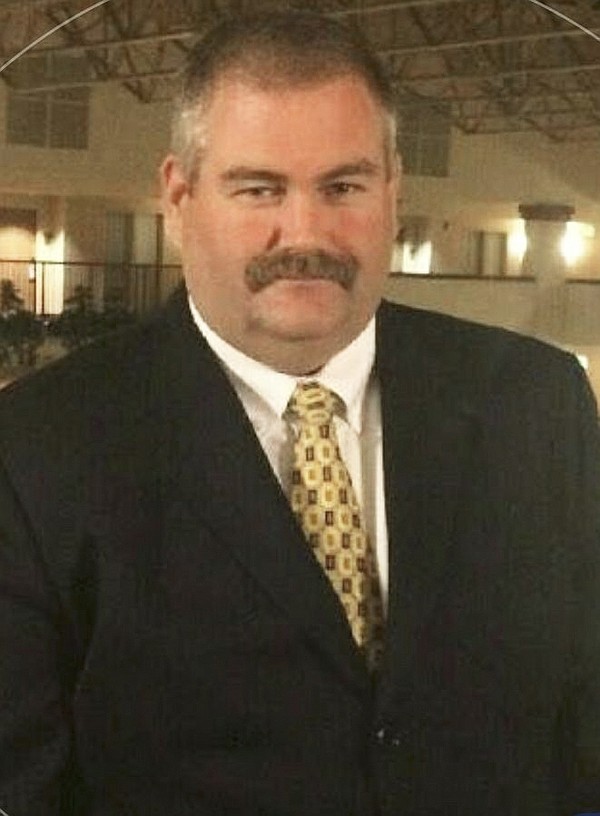 Residence: Van Buren; has lived in Crawford County since 1992.

Political experience: Justice of the Peace for Crawford County District 9 since January 1, 2018.

Residence: North of Rudy; has lived in Crawford County since 2012.

Political experience: Dyess City Council for about six months in 1979; moved before the end of the mandate.

VAN BUREN — Residents of Crawford County will have the opportunity to choose one of four Republicans with law enforcement experience to serve as sheriff for the next four years.

Daniel Perry, Shannon Gregory, Wayne Sandusky and James Mirus are vying for the position in the May 24 Republican primary election.

No candidate from another political party showed up to run for the seat, according to the Crawford County Clerk’s Office.

Outgoing Sheriff Jim Damante was appointed Sheriff in 2021 to serve the remainder of Ron Brown’s four-year term. Brown retired that year. Damante is ineligible for re-election under state law.

Perry said he was captain of the Van Buren Police Department’s Patrol Division. He served in the department for nearly 27 years, including 20 years in criminal investigations, nearly five years in narcotics with the 12th and 21st District Drug Task Forces, and two years in administration on patrol. Perry’s 32 years in law enforcement also includes time with the Internet Crimes Against Children Task Force, Child Abduction Response Team, and Department font font.

Perry argued that he was the most qualified candidate for the position of sheriff given the number of areas he worked in law enforcement and the length of his service in the field. He also pointed to his experience as a justice of the peace on the Quorum Court and running his own business as qualifications, saying the sheriff’s office should be run the same way as a business.

Perry thinks residents want to see sheriff’s office deputies in their communities and are tired of the county’s “drug problem,” which includes methamphetamine and the opioids heroin and fentanyl.

Perry said if elected, he would keep an employee on the 12th and 21st District drug task force and possibly consider getting a police dog for the department if the money was available. He also wants to establish a group of community leaders in the county who would meet regularly to discuss the issues of these communities with him.

Gregory said he has been Mulberry’s police chief since January 1, 2013. His career in law enforcement began in 1993, when he worked as a dispatcher for the Alma Police Department and the Arkansas State Police before joining the Crawford County Sheriff’s Office in 1996. Once there, Gregory started in dispatch, went on patrol and worked his way up to become a patrol sergeant . Although he took a job in the oil field in 2006, he remained on reserve with the sheriff’s office and returned in 2010, as a patrol deputy.

Gregory said he worked for four Crawford County sheriffs in his life, learning a lot from each. Besides being a “good enough” leader, his experience working in the sheriff’s office gave him the knowledge to understand how to effectively carry out departmental responsibilities, such as patrolling the county.

Gregory said the lack of MPs seen is one of the main issues residents have brought to his attention. If elected, its deputies should understand that people in the north of the county deserve to see them as much as those in the south. Effective patrols would also help to significantly slow drug trafficking in the county, which would help reduce the rate of other offenses.

Improving retention at the sheriff’s office will help put more deputies on the road, facilitating more effective patrols, according to Gregory. He intends to look at ways to improve the benefits of MPs to make this happen.

“I’ve spoken to all three county judge candidates, and one of the ways we’re looking at doing that is to try to find better family insurance,” Gregory said.

Sandusky said he is an estimator and project manager for Harris United, as well as a part-time patrol officer for the Cedarville Police Department. He was employed by the Fort Smith Police Department from 1982 to 1990, serving as a patrolman and field training officer, as well as a member of the SWAT team and honor guard. He worked for the Orange County Sheriff’s Office in Orlando, Florida from 1990 to 1995, starting as a highway deputy before being promoted to the criminal investigations division.

Sandusky said working for the Orange County Sheriff’s Office brought significant experience due to the size of the department and the county’s population. Sandusky’s time in construction gave him experience managing multiple projects simultaneously with multi-million dollar budgets, which he says gave him the skills to run the sheriff’s office.

Sandusky said residents told him they wanted an improvement to keep the jail operational and safe. They also want to be treated with more respect from the sheriff’s office.

Sandusky said if elected, he would work to foster camaraderie and respect between the sheriff’s office administration and its employees, including deputies and office and jail staff.

“For years I was a patrol officer and a deputy, and if you don’t have the support of your superiors, you just don’t have the incentive to go out and work the way you should,” said Sandusky said.

Regarding the county’s drug problem, Sandusky said he hopes to roll out a “intellectual policing program” that allows the sheriff’s office to keep track of where calls for service originate. This would help him determine where the main problems lie and where MPs need to patrol.

Mirus said he was the chief deputy of the Crawford County Sheriff’s Office. He has worked in all divisions since joining the department in November 2010, with his paid positions beginning at dispatch and including the patrol division ranks up to patrol and communications captain. There was also a time when Mirus was a “captain of everything” in the absence of another captain. Mirus is also the captain of the county’s District 3 Volunteer Fire Department.

Mirus said he felt his experience managing the sheriff’s office budget and being part of and managing every division of the department made him the most qualified candidate, as well as his knowledge of interviewing. and prison operations. He argued that all of this would allow him to not need to spend time learning or depending on someone else to teach him how the department should be or should be run.

Early voting for the Republican primary election begins Monday, according to the Arkansas Secretary of State’s website.

The position of sheriff comes with an annual salary of $63,878, according to the County Clerk’s Office.