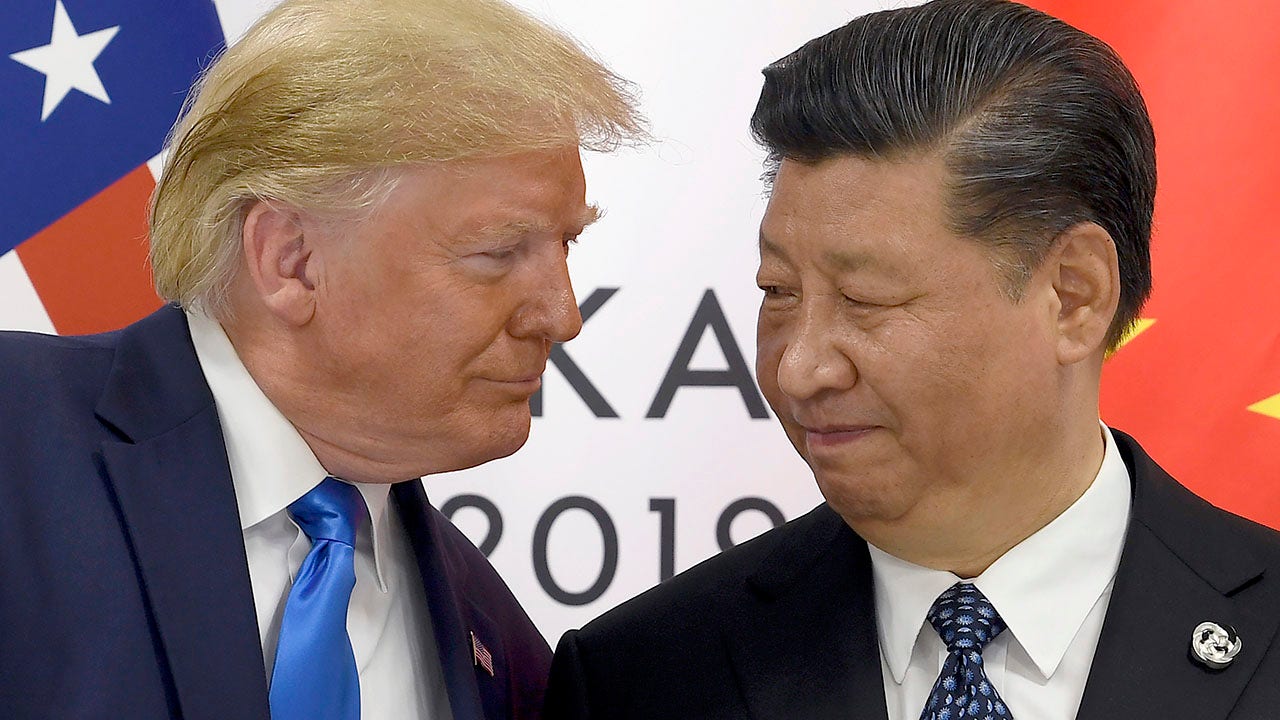 The Financial Times published an op-ed on Sunday calling on the Biden administration to maintain tariffs on Chinese goods first put in place by the Trump administration.

In this March 5, 2019 photo, cargo containers are staged near cranes at the Port of Tacoma in Tacoma, Washington. US and Chinese negotiators resumed trade talks on Friday, May 10, 2019, under mounting pressure after President Donald Trump raised tariffs on $200 billion worth of Chinese goods and Beijing vowed to retaliate. (AP Photo/Ted S. Warren)

CHINA TELLS US TAIWAN IS PART OF CHINA IN FIRST CALL WITH SECRETARY AUSTIN: REPORT

“It’s not remotely so – indeed, the argument is hard to deliver without a wry smile and a chuckle,” he continued.

Last week, Axios reported that there are internal disputes over tariffs within the Biden administration, which “pits Treasury economists, including Secretary Janet Yellen, against China hawks in the National Security Council.”

In his editorial, Cass argues that even if tariffs were removed, they would have little or no effect in reducing inflation.

“Tariff changes do not necessarily translate into price changes,” he wrote.

“As analysts like Alan Tonelson of RealityChek and Michael Stumo of the Coalition for a Prosperous America have observed for years, it’s hard to find evidence in consumer price data from 2018-19 to justify the warnings that American consumers will bear the brunt of Trump administration tariffs.”

Cass also argues that canceling Trump’s tariffs will not address the root cause of inflation and would simply let China off the hook for its transgressions.

“A tariff of a given size may affect the price level but it does nothing on the rate of change. A tariff imposed in 2018 might have caused a price increase in 2018, but it cannot take responsibility price increases in 2022.”

Trump allies have hailed the tariffs as a reset in U.S.-China relations.

Some members of the national security apparatus, including General Robert Spalding, who served as senior director of strategic planning at the National Security Council, have expressed concern that the Chinese Communist Party is exerting undue influence on companies. Americans.

“At the end of the Cold War, globalization and the Internet really brought about a convergence between the social, political, economic and financial systems of authoritarian and totalitarian governments and free governments. When this happened, the Chinese Communist Party and other authoritarian regimes have really had the opportunity to influence the behavior of American companies,” he said. mentioned.

In October 2021, the National Counterintelligence and Security Center (NCSC) issued a report warning of China’s “wide variety of legal, quasi-legal and illegal methods of acquiring technology and know-how from the United States and other countries” in key industries.