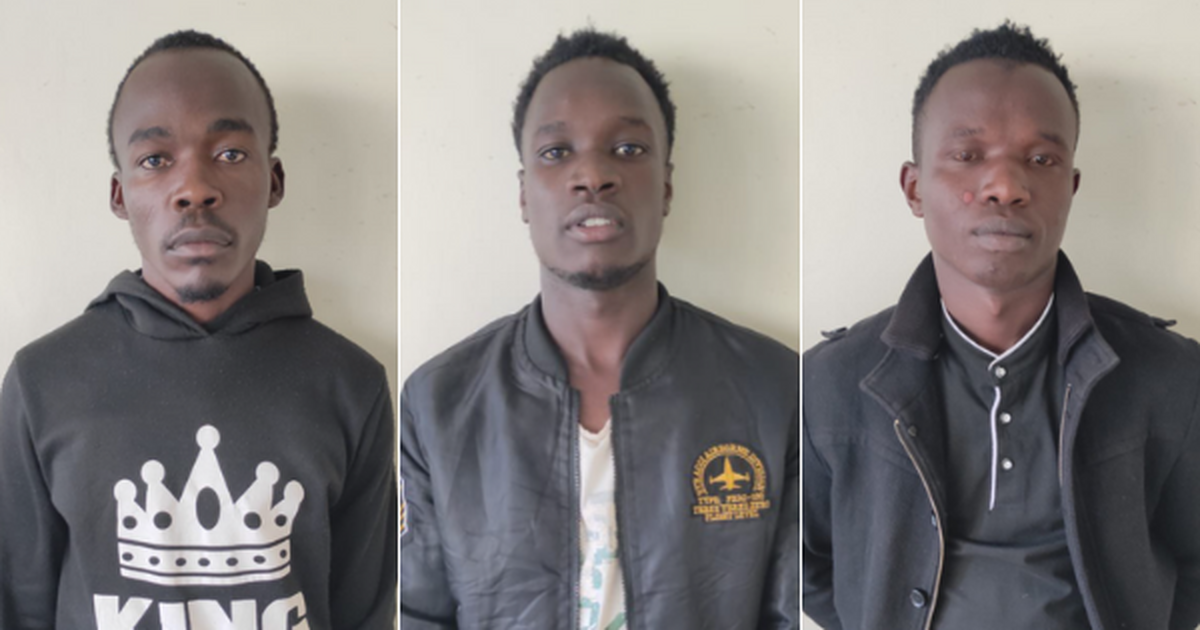 “In order to conceal his identity, the SIM card he was using was recorded using the identification details of a certain Evans Kiprono.

“The suspect who was handing out exam papers at a paltry Sh500 per paper, was also discovered to be a member of two fraudulent exam telegram groups with over 17,000 subscribers,” DCI reported.

The sting operation was carried out in conjunction with the DCI social media manager who posed as a KCSE candidate upon seeing leaked papers.

“In an operation that also involved DCI’s social media sleuths and the Twitter admin posing as a candidate, Tanui engaged the sleuths in a game of hide-and-seek since last Sunday, characteristic cold highlands of Molo, at Kabarnet in Baringo, where he was eventually cornered His arrest led detectives to Kevin Kiprotich Langat

“Langat led detectives to another culprit, a fellow political science and Swahili freshman, identified as Judge Leting,” reports the DCI.

Police reported that the union involved county-level government officials and an elaborate network of headteachers, security guards, parents and students.

“In some cases, the exam containers are opened hours before the scheduled time, to deliver the exam papers to university and college students, for the development of answers which are then sold to the candidates”, DCI noted.

[COLUMN] Save your small business without declaring bankruptcy —