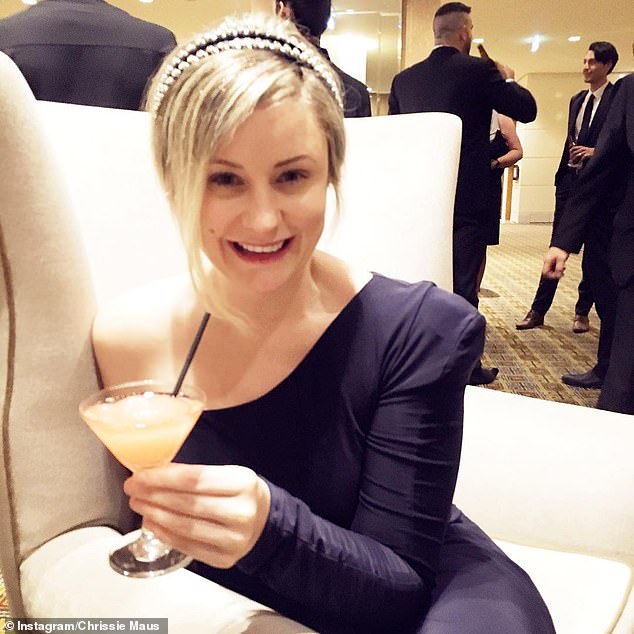 Melbourne’s sixth lockdown has been called a ‘mess’ and ‘failure’, with enraged traders demanding a roadmap to reopen based on incentives for fully vaccinated customers.

Endless in the face of the latest draconian restrictions, distressed retailers in Melbourne’s busy Chapel Street neighborhood want the Prime Minister of Victoria to present a clear plan that rewards people who do the right thing.

Melbourne’s sixth lockdown has been called a ‘mess’ and ‘failure’, with enraged traders demanding a roadmap to reopen based on incentives for double-vaccinated customers. Pictured is Chrissie Maus of Chapel Street, who called the current lockdown a ‘mess’

He vowed to explain on Wednesday the level of cases at which the restrictions could be relaxed, but warned of anything that looks like an obvious “freedom day”.

With zero Covid no longer a reality because of the aggressive Delta strain, Chapel Street retailers argue that people who get vaccinated twice should have the freedom to shop.

At least that would give struggling traders hope.

Store owners want the Victorian strategy to be more like the NSW plan, where the prospects for reopening the state are tied to vaccination rates.

“This is the only way out of this mess,” said Chrissie Maus, managing director of Chapel Street Precinct, a collective of business owners around Prahran in east Melbourne.

Traders support a strategy to end the lockdown based on vaccination and believe that unvaccinated people should not share the same freedoms.

Justin O’Donnell, who runs Print Express and is chairman of Chapel Street Precinct, said the plan “will end this nightmare.”

“We believe this is the only way to tackle vaccine hesitancy and bring our vaccine count to 70 and 80 percent and end this nightmare,” he said.

“Chapel Street Precinct fully supports people who have been vaccinated to have more access to services and for the unvaccinated to take precautions and / or stay at home until they are vaccinated.”

He said Victoria was sitting on “a barrel of mental health powder” and Prime Minister Daniel Andrews’ daily press briefings must start to give hope.

“We believe that giving the people of Melbourne something to look forward to, even if it’s a little luxury like having their hair cut by someone other than your well-meaning partner, could be the key to all of our sanity. “said Mr. O’Donnell.

government that getting the vaccine will give Victorians more freedom and help businesses” class=”blkBorder img-share” style=”max-width:100%” />

Salon owner Tom White (photo center, back row) believes there isn’t a clear enough message from the government that getting the vaccine will give Victorians more freedom and help businesses

He said many Chapel Street businesses “are ready” to serve vaccinated customers and could operate as Covid-safe businesses.

“These security models are already in use overseas and NSW proves that the carrot analogy is far more effective than the stick that Daniel Andrews currently beats his constituents with,” he said.

Ms Maus said Victoria’s sixth lockdown failed to stop the spread of the Indian Delta variant and should be dropped.

“This short, harsh, draconian lockdown to undo the virus has failed – four weeks held hostage with the tightest of lockdowns and we are actually worse than NSW at the same time of its current outbreak,” she said.

“Every day I get calls from angry business owners – their blood is boiling with fury.

“Our businesses feel like Daniel Andrews lied to us – Delta is a game-changer, unless you nail down the doors to every home in Melbourne and drop packages of food down people’s chimneys, lockdowns can’t. eliminate community transmission. ”

Businesses had to be near penniless with a 70% drop in revenue before they could get government assistance. Seen here empty Chapel Street in lockout

Likelihood of ‘zero-Covid’ demise leaves everyone in doubt as to how Victorians will emerge from lockdown, says salon owner Tom White (pictured)

Ms Maus highlighted studies that showed he was fully vaccinated people were less likely to spread the virus, but claimed Melbourne was behind NSW.

“By comparison, the people of NSW are being bitten at an record rate because Gladys Berejiklian says vaccination is their ticket to freedom,” she said.

“The people of Melbourne are instead berated by their chosen one for daring to take a break from their daily walk.”

“At the sound of this, we will not go back to zero,” Mr. White, owner of Same Same But Different Salon, told the Today show on Tuesday.

state government for denying them support until they were on the brink of disaster. Pictured is the newly opened Jono’s Piano Bar in Chapel Street, which is empty in the lockdown” class=”blkBorder img-share” style=”max-width:100%” />

Angry retail and hospitality bosses blasted Premier Dan Andrews and the Victoria state government for denying them support until they were on the brink of disaster. Pictured is the newly opened Jono’s Piano Bar in Chapel Street, which is empty in the lockdown

He believed the message needed to be clearer: getting the vaccine would give the public more freedom and help small businesses survive.

“We don’t really tell them that in order to help us you have to get vaccinated so that we can reopen,” he said.

Mr White said getting the vaccine remains a “contentious issue” and he sees it as a personal choice.

But he and his staff were on board, but since many of them were under 40, they had not been able to get vaccination appointments.

He added that a reopening with a reduced customer base would put his business under even more financial pressure if government assistance did not continue.