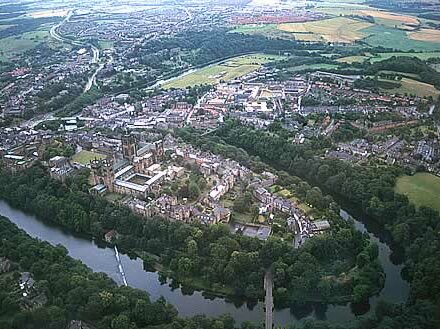 Durham CC is seeking to strike its own deal with the county, potentially adding further fragmentation to devolution agreements in the northeast region.

Decentralization in the northeast was complicated when the North of Tyne Combined Authority (NTCA) was formed in 2018, with Jamie Driscoll (Lab) becoming elected mayor the following year.

This covers Northumberland, Newcastle City Council and North Tyneside MBC, but not the South Tyne councils – dividing the metropolitan area of ​​Tyne and Wear in half.

A coalition of Liberal Democrats, Tories and various independent groups moved Labor for the first time in a century last May to Durham, although Labor still controls the rest of the region except for the conservative Northumberland CC .

Mr Driscoll previously hoped to unite the North East authorities into a single municipal authority combined with a single devolution deal, but his hopes have now been dashed by Durham’s apparent decision to go it alone with a county deal.

Durham leader Amanda Hopgood (Lib Dem) said: “Durham’s position is that we have registered an expression of interest with the government on the possibility of a county deal for County Durham. We have been informed that we will have no further news until October. She declined to say what powers Durham would seek.

But Graeme Miller (Lab), head of Sunderland City Council, said the seven councils in the area still have not agreed on a way forward and “it’s not clear what Durham wants to do, they could seek their own agreement, join us or join Tees Valley “.

“It’s a new administration and we have to give them time.”

He said that a possible decentralization offer would be made by councils that choose to participate, because “what we don’t want to do is run out of the infrastructure and regeneration funds available, but there is not a lot of details about it yet “.

Cllr Hopgood told LGC that “Mayor Driscoll and the rest of the leaders within the [region] are fully aware of our position ”.

Mr Driscoll told LGC that authorities are still working together to try to secure transport funding through the new City Region Sustainable Transport Regulation (CRSTS), which the government says it is making available. of eight combined municipal authority areas – including the northeast.

Described by the government as an ‘unprecedented investment in local transport networks’, the fund is worth at least £ 4.2bn and more in the coming years for highway maintenance, including repairing nests -of chicken.

“We’ll see where we are with that,” Driscoll said.

“Durham told me they were driving the county road alone. So good luck to them. I had a good conversation with our leaders and told them, “if you want help, if you want me to talk to ministers, I can do it” – but it’s their decision, not mine.

“But when everyone sees how well we are doing in North Tyne, they’ll all want the same things we have.”

“The region has a common vision for improving transport to support the creation of high quality jobs, improve equality of access, improve public health and help decarbonize our economy.” , she said.

“We have existing and appropriate governance arrangements in place for the administration of transportation funding and look forward to receiving our allocation earmarked for the sustainable transportation settlement of the government city region as well as our invitation to bid for funds urgently. . “

Cllr Dixon said the joint NTCA and North East Combined Authority transport committee – in which the South Tyne councils remain – was “the only decision-making body through which the two combined authorities in the region perform their transport functions, [it] is an appropriate governance model for the administration of transport finance. It is established in law and has a strong delivery history. No other arrangement is required.