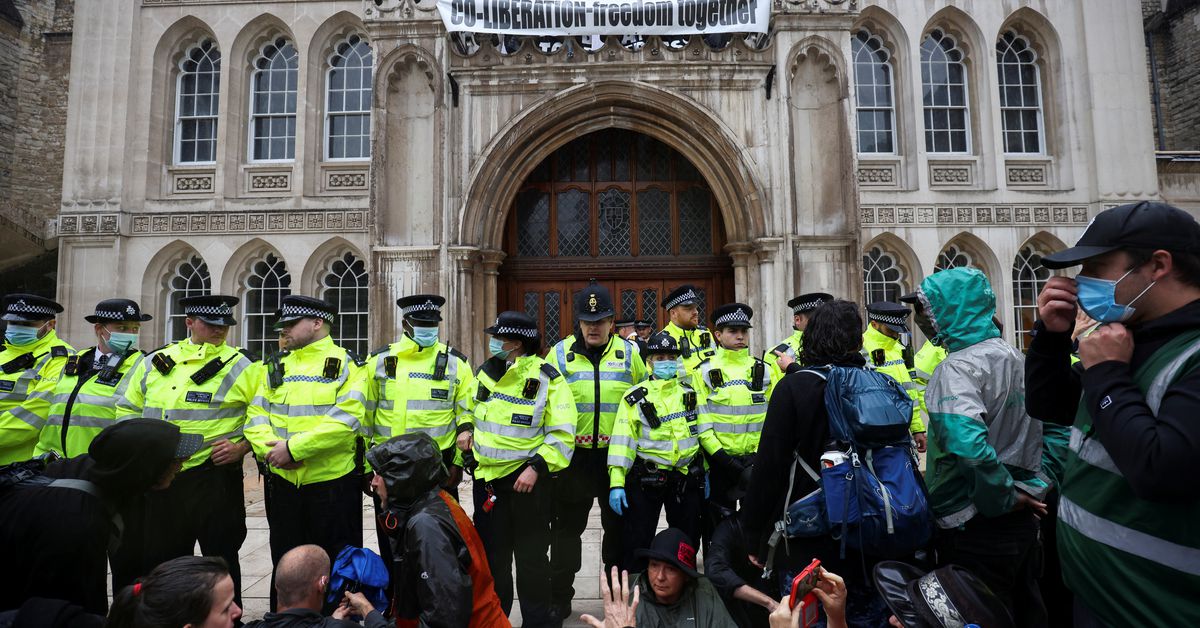 LONDON, Aug. 22 (Reuters) – Climate change activists climbed outside the City of London’s seat of government on Sunday as they began two weeks of protests focused on the capital’s financial district.

Around 200 protesters from the Extinction Rebellion group targeted the medieval Guildhall, home of the City of London Corporation, which governs the city’s historic financial center.

Three activists scaled the facade of the ornate Guildhall, parts of which date back to the 15th century, lit red flares and displayed a banner that read ‘co-liberation-freedom together’.

Extinction Rebellion, which caused chaos in London’s traffic two years ago, said it was targeting the city’s financial district, which it accuses of helping fuel climate change.

The group wants an emergency response from governments and a massive move away from polluting industries to avoid the worst scenarios of devastation described by scientists.

Extinction Rebellion crippled much of central London for 11 days of action in 2019, bringing its cause to the fore but also drawing criticism from some politicians who said the police had been too tolerant.

The City of London is Britain’s smallest local authority and, unlike most conventional British councils, officially declares that its job is to reinforce the importance of financial services to the UK economy.

It claims to be the oldest and most continuous representative local government in the world, governing the area that is home to the Bank of England and St. Paul’s Cathedral for at least a thousand years.