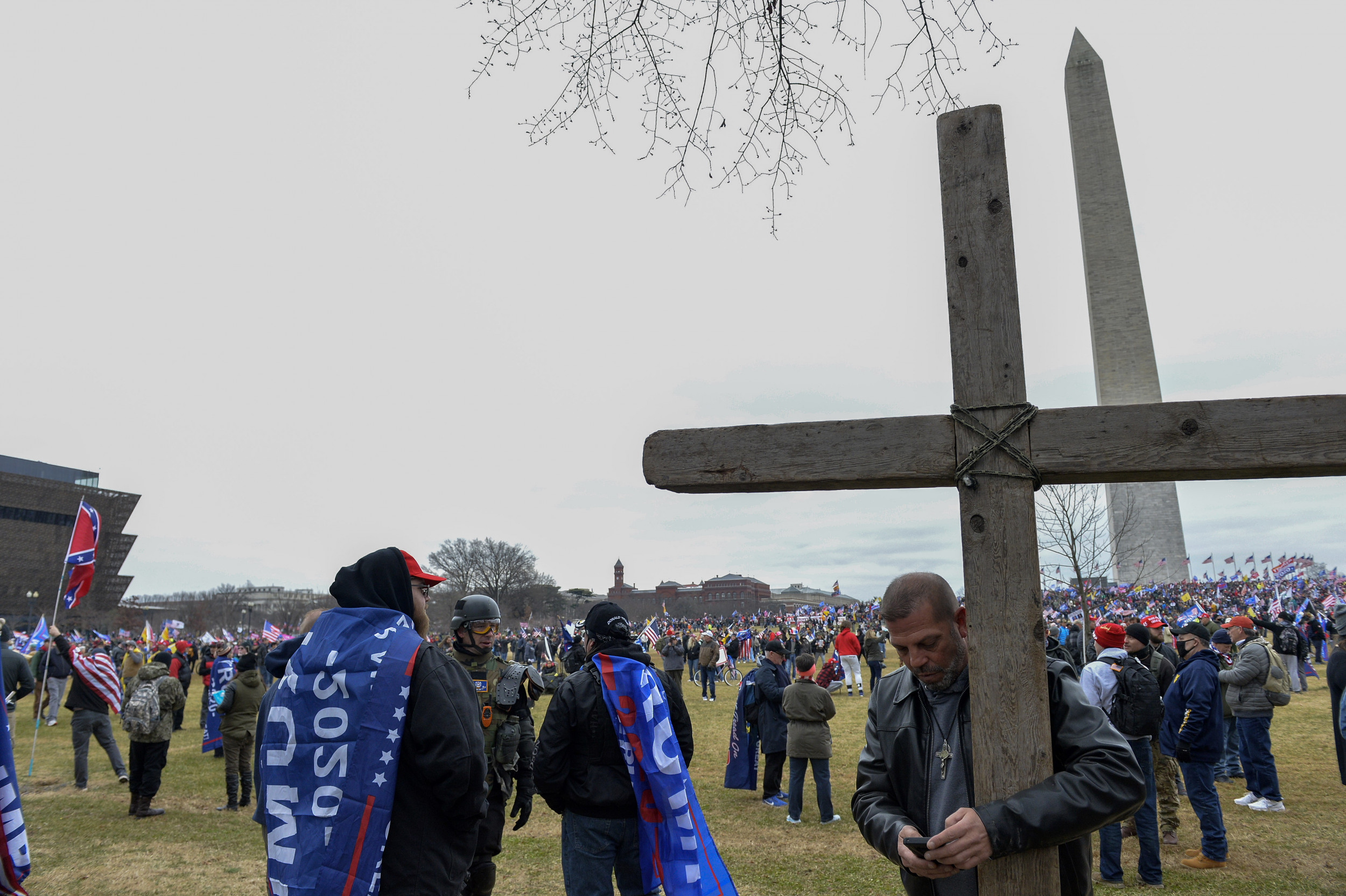 As the January 6 Committee hearings draw to a close, Americans across the country remain divided over the events of that fateful day. The same goes for American Christians, many of them in the same churches.

Outside the Capitol at the Stop the Steal rally, you could see sandwich panels with “Jesus Saves” and homemade panels with Bible verses. And some protesters stormed the Capitol with Christian signs. They raged in the name of Jesus, seeking to take back their government from the predatory elites of Washington.

Fleeing the crowd to safety was a very different group of Christians. They included Greg Jacob, the attorney for Vice President Mike Pence, who, once safely hidden from the crowd, opened his Bible to the story of Daniel in the lion’s den. Daniel “refuses an order from the king which he cannot follow, and he does his duty, in accordance with his oath to God,” Jacob told the Committee. This is how he saw the actions of another Christian, Vice President Mike Pence, on January 6, when the vice president certified the election despite death threats. The lions came for him.

In the past, churches were divided over internal controversies over theology and ethics. Today, the division works from the outside in.

We had a front row seat as pastors in a politically diverse church. For decades we’ve managed to keep partisan drama at bay, but in 2016 that all changed. Seemingly overnight, supporters on both sides began demanding that we talk about hot political topics, and there was a new one every week.

The Sunday after the murder of George Floyd, we received Facebook messages from members of the Team Blue church warning us that they would leave the church if we did not mourn Floyd. We had already planned to talk about the drama, so their messages didn’t change anything. But after the service, emails from Team Red poured in. They were deeply offended: Are you anti-police? Are you pro-BLM?

Neither side was particularly interested in what Jesus would have said. They wanted us to react to an ugly image – a black man being mercilessly murdered by a police officer – in a way that replicated their political team’s talking points.

Things have only accelerated since then. Unfortunately, Christianity does not seem to inoculate believers against the viral spread of political partisanship. On the contrary, according to Ryan Burge’s analysis CES data, Christians become more partisan; in 2012, 18% of white evangelicals identified themselves as “very conservative.” Nine years later, the number was 33 percent.

How did this happen to us?

The story began in earnest with a church growth movement in the 1980s known as “Seeker’s Sensitivity”. Seeker-sensitive churches sought to make the church attractive and relevant to non-church members, or “seekers”. They revamped the music, spiced up the sermons and created spectacular programming for children.

It worked: the applicants came. The churches have grown. But there was a cost. Attracting large crowds meant minimizing offense. Talking about sensitive cultural issues erected roadblocks on a person’s journey to conversion, so sermons focused on individualistic and therapeutic concerns: How to improve your marital communication, how to beat anxiety, how to parent like a pro. Jesus’ teachings on ethics, justice, economics and sexuality were quietly escorted to safety.

The consequence of this innocuous approach was unforeseen at the time but obvious in retrospect. Nature abhors a vacuum, just like the human spirit. Because the church has neglected to teach Christian ethics and a theology of the common good, the media has thankfully filled the space.

At the same time, partisanship accelerated nationwide, politics began to subsume everything of American life. Christians who viewed their faith as a private, individualized matter turned to lay experts to guide their thinking on public issues. In politics, cable news prevailed over sacred tradition. Many have pledged allegiance to either the red team or the blue team. They came to believe that their party values ​​aligned with the kingdom of God. The grand commission has faded behind a larger mission: to elect the right candidate.

And then a new strategy for church growth replaced the research-sensitive model: the proclamation of Jesus as a mascot for your political team. That’s how we got here.

On the right, pastors like Bill Bolin, Sean Feuchtand Greg Locke attract tens of thousands of people to their churches by vociferation against COVID vaccines and awakening, and catechize their followers with pro-MAGA talking points. They announce the Kingdom of the Demagogue, declaring that the progressive gates of hell won’t beat him.

On the left, line movements like Liturgists and The New Evangelicals create digital pseudo-churches proclaiming progressive orthodoxy. They worship a Jesus who was baptized in the waters of awakening and resurrected in intersectional glory, despite being a first century Jew.

In a strange horseshoe effect, the two sides not only mirror each other, but also perpetuate the research-sensitive movement’s “growth at all costs” mentality. In the past, the prize was a harmless, politically agnostic church. Today, the opposite is true.

We cannot continue on this path of destruction. The way forward is the recovery of a theology of the common good. It must be done in a spirit of sacrificial love, taking the ethics of Jesus and the political view of the Bible seriously.

This is not a repetition of the racial prejudice moral majority or power hungry religious law. It is a spiritually renewed body politic which pledge allegiance to Jesus and rejects the very lust for power that has driven some Christians to storm the Capitol. In its place, Christians must love our enemies, seek the welfare of our cities, speak the truth with courage, and make disciples in the image of Jesus, not the donkey or the elephant.

Patrick Miller and Keith Simon are pastors, hosts of the Truth Over Tribe podcast, and authors of Truth Over Tribe: Predging Allegiance to the Lamb, Not the Donkey or the Elephant.

The opinions expressed in this article are those of the authors.

Newsom wants Democrats to fight fire with fire, starting with a gun bill