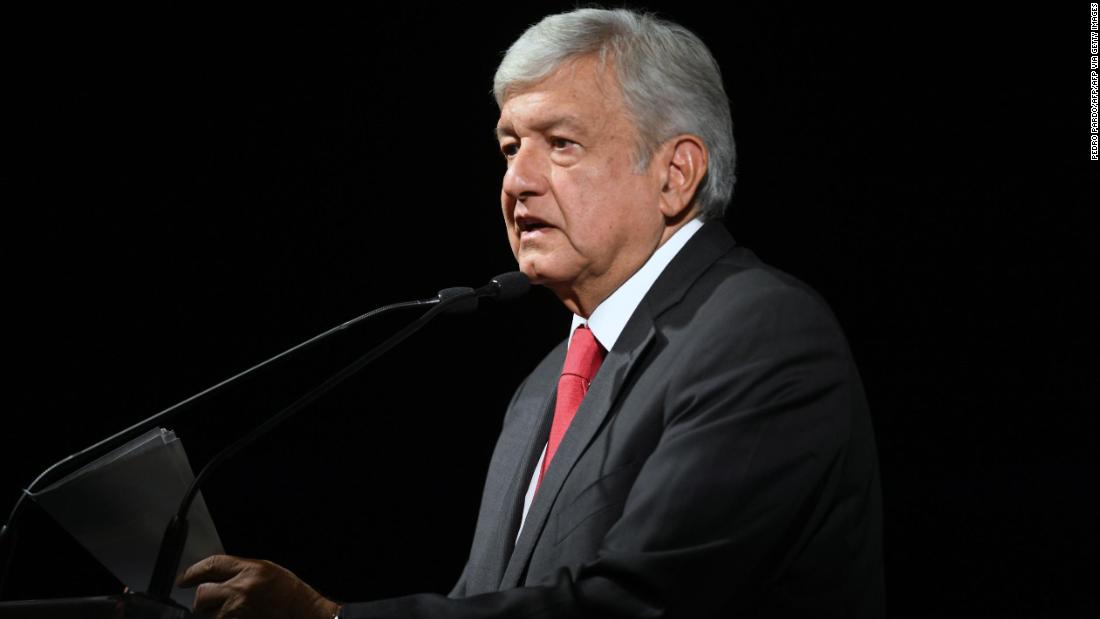 By Rita S. Galiano Last updated Jul 12, 2022
Share
The United States and Mexico have historically relied on each other on a wide range of issues, but the sometimes strained relationship recently came to light when López Obrador opted to skip the Summit of the Americas – a gathering organized by the United States. — citing the US decision not to invite Nicaragua, Cuba and Venezuela.
The snub came as the Biden administration grappled with a growing number of migrant arrivals at the US-Mexico border following deteriorating conditions in Latin America exacerbated by the coronavirus pandemic. The issue of migration should be a top priority at Tuesday’s meeting, according to senior administration officials who stressed the close collaboration between the two countries on the issue.

“Cooperation on migration is a top priority for President López Obrador and President Biden,” a senior administration official told reporters. “We see ourselves as equal partners in this respect.”

Following the meeting, the United States and Mexico plan to launch a bilateral working group on labor migration pathways and worker protections, and “expand our diplomatic coordination on issues migration across the region,” officials said. Both countries have seen work pathways as a way to stem the flow of irregular migration.

On Tuesday, officials said, the focus is on implementing those efforts.

On Tuesday, the administration is also expected to announce joint actions to improve border infrastructure, such as investing in ports of entry, bolstering law enforcement cooperation to disrupt fentanyl distribution and promote clean energy, economic innovation and prosperity, officials said.

“I think this is an opportunity for the two leaders to look each other in the eye and try to figure out what they can really achieve in the relationship,” said Andrew Selee, president of the Migration Policy Institute, a non-partisan think tank.

Despite López Obrador’s absence from the Summit of the Americas in June, Mexico signed a declaration, along with other countries, to combat migration in the Western Hemisphere. National Security Advisor Jake Sullivan said Monday that Biden and López Obrador would build on those commitments, among others.

“We expect the two leaders to discuss their shared vision for North America and joint efforts to address global challenges, including Russia’s war in Ukraine,” Sullivan told reporters.

Ahead of Tuesday’s meeting, López Obrador acknowledged that migration was “central” to his discussions with Biden and noted that Mexico had “emphasized support for Central America and also increased work visas. temporary, making the migratory flow more orderly”.

It comes with added urgency after 53 migrants were killed in a suffocating semi-truck in San Antonio, Texas last month in what officials described as the “worst human trafficking event” in the United States. United. Twenty-six of the victims were Mexican citizens, the Bexar County Medical Examiner’s Office said in a statement Monday.

Human trafficking is expected to be among the issues discussed between the two presidents.

“The San Antonio tragedy is a major concern for the United States and Mexico,” a senior administration official said, adding that work was already underway to crack down on the human trafficking network and that discussions were underway to move this forward.

The Biden administration last month launched what it called an “unprecedented” operation to disrupt smuggling networks. The operation includes the deployment of hundreds of personnel throughout Latin America and an investment of several million dollars.

“It is recognized that much more needs to be done on this,” the senior administration official said. “Arrests are great, but we need prosecutions. This is an area where the United States, Mexico and Mexico can definitely do more. I think that will be a big part of the conversation. How to increase prosecutions ?”

Other topics of discussion should be the disruption of networks and the detection of “the whole chain from beginning to end of the various actors involved in the criminal movement of people”.

Vice President Kamala Harris will also host López Obrador at the Naval Observatory on Tuesday, ahead of his scheduled bilateral with Biden, according to Harris’ press secretary Kirsten Allen. They will discuss issues such as migration and other forms of assistance to the region.

Harris has met with López Obrador several times as vice president as part of her role in addressing the root causes of migration in the Northern Triangle. She also hosted other world leaders at the Vice President’s residence, including former German Chancellor Angela Merkel.

The state sets an example by helping people with disabilities vote