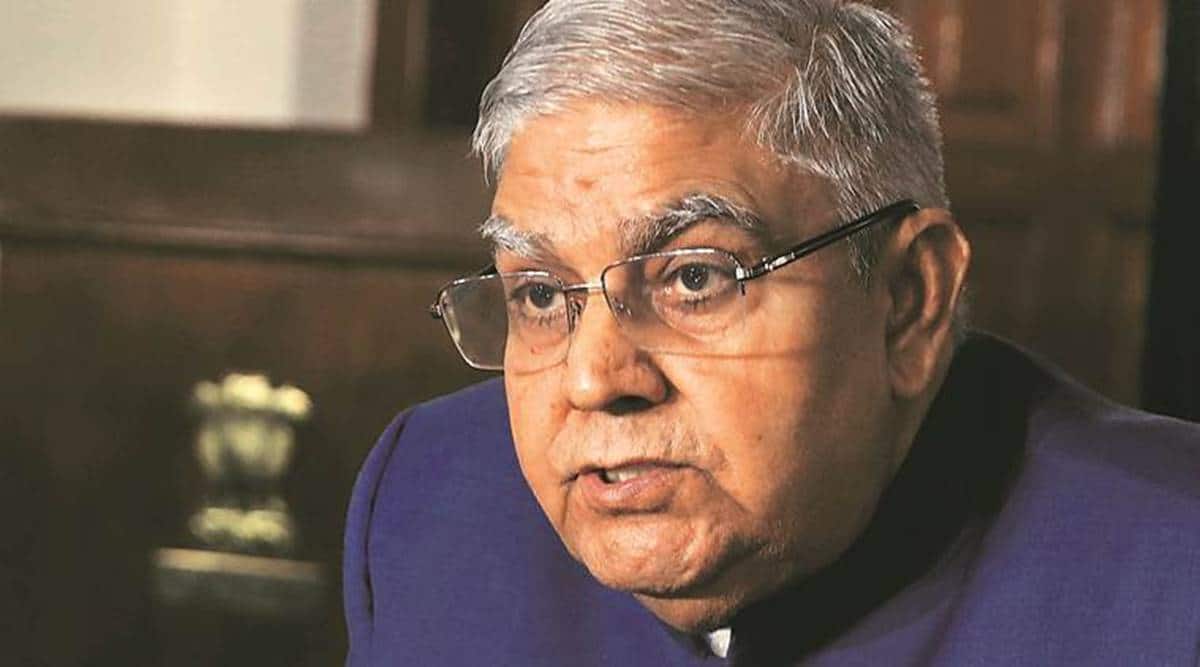 In another confrontation with the state government led by Mamata Banerjee, Governor Jagdeep Dhankhar said on Sunday that people viewed West Bengal as a “gas chamber of democracy” and alleged “a trampling of human rights”. the man”.

After paying tribute to Mahatma Gandhi on the anniversary of his death at the Gandhi Ghat in Barrackpore, Dhankhar said: “I do not see the land of Bengal being drenched in blood and becoming a laboratory for trampling on human rights. the man. People say that the state is turning into a gas chamber of democracy.

The governor further said that the situation in Bengal had become such that the High Court in Calcutta had to order the National Human Rights Commission to form an inquiry committee to investigate the alleged human rights violations. man in last year’s post-election violence.

“No amount of insults will deflect me from my path. It was not appropriate for the Chief Minister of State (Mamata Banerjee) to make disparaging remarks inside and even outside the state It must be the effort of all to ensure that there is peace in society in accordance with the Constitution of the country”.

“The governor has no idea of ​​the history of Bengal or the history of Indian politics. However, if incidents of violence took place during the election, it is a collective failure. This is not a failure on the part of a political party. I urge him not to speak for any particular political party and to discharge his constitutional duty impartially. He should cooperate with the chief minister,” Basu said.

The governor, who has crossed swords with the Mamata Banerjee government on several issues since taking office in the state, recently accused the chief minister and speaker of the assembly of transgressing constitutional norms by failing to not providing the information he had sought on several topics.

He had run-ins over appointments of university vice-chancellors, calling bureaucrats to his office for explanations.

On January 25, the governor, after paying floral tributes to the statue of BR Ambedkar at the assembly premises, had described the political situation in Bengal as “horrible and frightening”.

Book Review: Neither Vertical Nor Horizontal: A Theory of Political Organization by Rodrigo Nunes