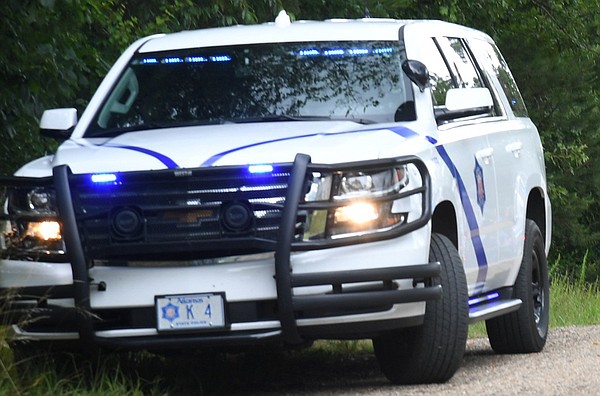 An Arkansas State Police captain was promoted to major and chief of a key division on Thursday morning, a day after filing a lawsuit against the state’s police chief alleging he had discriminated against by endorsing another candidate for the position.

Stacie Rhoads, 52, was promoted Thursday by the Arkansas State Police Commission from captain in a supervisory role in the Criminal Investigations Division to major and commander of the division and its six companies , according to a press release.

The decision came less than 24 hours after Rhoads and Tom Mars, an attorney and former Arkansas State Police Superintendent, filed a lawsuit against Colonel Bill Bryant, the current Superintendent, saying that he and his staff “had engaged in a multi-faceted campaign”. discredit and marginalize a white female state police captain with clean credentials and five times the experience of the other candidate.”

The lawsuit suggests that Bryant, with the backing of Governor Asa Hutchinson, would want to promote a less qualified candidate because he liked the political optics of promoting a black woman to the agency’s distinguished position.

The other candidate, Captain Paulette Ward, works in the agency’s Office of Professional Standards. The lawsuit says Ward had about four years of work experience in the Criminal Investigations Division, compared to Rhoads’ about 21 years with the unit.

Rhoads, a Marine Corps veteran, was also entitled to preference in the promotion process due to a state law that gives preference in promotion to veterans or surviving spouses of veterans.

Ward is not a veteran or a surviving wife and did not claim to be one when she applied for the job, but the lawsuit alleges a member of Bryant’s staff listed her as the wife. of a veteran to mislead the members of the commission.

The lawsuit states, however, that this is not to disparage Ward or to suggest that promoting diversity within the agency is not an admirable goal.

Additionally, the lawsuit alleges that Hutchinson called several of the commissioners, who are appointed by the governor, to persuade them to support Ward, who was Bryant’s recommendation for the promotion.

Hutchinson is not named as a defendant in the lawsuit.

Mars had not spoken with Rhoads since his promotion, he wrote in a text message Thursday evening, but said she would have to choose whether or not to pursue claims over “back wages and lawyer”.

“All I can say is that Stacie should have been promoted five months ago and went to great lengths to avoid filing charges,” Mars wrote.

Bryant received a copy of the lawsuit Wednesday afternoon and contacted the attorney general’s office, which is the assigned counsel on the commission’s record, the Arkansas State Police spokesman said, Bill Sadler.

Bryant does not intend to comment until he meets with his attorney, which he had not done by Thursday afternoon, Sadler said.

In addition to allegedly misrepresenting Ward’s veteran status to give him a boost, the lawsuit says a member of Bryant’s staff cast suspicion on Rhoads by opening a criminal investigation when a firearm fire disappeared in the agency, although the lawsuit indicates that the weapon never disappeared. at all and was located shortly thereafter.

This reportedly resulted in a no contact order with Rhoads in the Criminal Investigations Division where she worked.

Several of the allegations raised in the lawsuit relate to what was said during the commission’s executive sessions, which are not included in the public record, Sadler said.

This means that many claims made in the trial cannot be independently verified.

For example, the lawsuit says Bryant mentioned to the commissioners more than once during one of those privileged executive sessions that Ward’s run was one of the reasons he recommended her for the promotion.

Before the trial, on February 10, Mars sent a letter to commission members saying that Bryant and his team were manipulating the promotion process in Rhoads’ case and hiding their efforts from commission members. He called on Bryant to step down.

Bryant did not, and Hutchinson backed him up, calling Mars’ letter an attempt at intimidation.

The lawsuit further alleges that Bryant has a history of racist and sexist treatment from staff to new recruits, including anecdotes of him rejecting Hispanic and Latino recruits because he feared they were “plants.” of cartels or black recruits as “gang bangers”. In another example, the lawsuit alleges he didn’t believe female recruits were tough enough to meet agency requirements.

State moves to block release of some driver records, then reverses