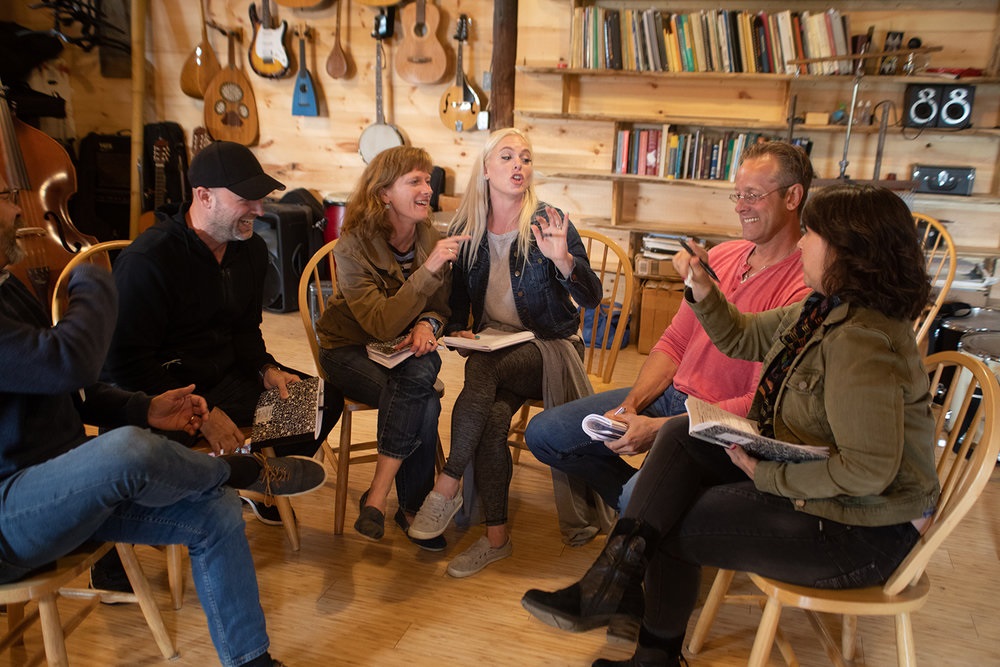 When COVID-19 hit our politically divided country two years ago, I hoped it would unite Americans around a common goal: to unite, even if it required sacrifice, to defeat the virus.

I was not alone.

Among the many others was Peter Coleman, an expert who studies global conflict and heads the International Center for Cooperation and Conflict Resolution. As COVID-19 spread in March 2020, he ventured to say, “The extraordinary shock that the coronavirus pandemic is bringing to our system…has the potential to help us change course towards a greater national solidarity and functionality”.

My hope was rooted in what I experienced producing the 2020 Rocky Mountain PBS documentary Divided We Fall: Unity Without Tragedy. On two different occasions, we filmed a dozen strangers who reflected, as best we could, a diverse population of GenXers and Millennials, racially diverse and equally divided into Red and Blue. For a weekend, each group wrestled with what it means to be American, discussed what divides us, and explored how we can bridge those gaps. They arrived hoping to judge “the other” and left bound by a friendship.

GenX participants, in particular, remembered the weeks following the 9/11 terrorist attacks as days when they were proudest of being Americans. They recalled how we gathered around each other and lifted up. They revealed a burning thirst to find that sense of unity again, but without the tragedy.

In Boulder, we, more than many communities in America, have witnessed this resolve to stand for others in our community twice in the past year: after the King Soopers murders and the Marshall tragedies Fire.

But when the pandemic hit in 2019, a tragedy that killed nearly a million Americans, the opposite happened: we were even more polarized instead of united.

In Boulder, when we click Next Door, we regularly find venom toward, instead of solidarity with, our “neighbors.”

So, if it wasn’t a “tragedy,” what caused the two dozen Americans we filmed to profoundly change their beliefs about each other?

Was it based on what Boulder poet and healer Norma Johnson saw when she watched our film, that it “…demonstrates the enigma of being human, of having opinions and of what happens when we stick around long enough to be vulnerable, listen and consider other perspectives.”?

Or conservative author Arthur C. Brooks, who said, “Divided We Fall demonstrates that most Americans want something better than this divisive status quo and are ready to build a better country where we can better disagree. and love each other, despite our differences.”?

Or did Tommie Billups, one of the people in our film, capture it when he pondered the difference between debate – where you’re arguing a position with your “facts” – and conversation? Conversation, he says, “is about hearing what that person is saying, not responding. In fact, you listen to this person, you see where they are coming from and you understand why they think the way they think. And we don’t have many. That’s a lot of debate. There is no conversation.

For years we have been sliding into a culture of contemptuous debate driven by the exponential growth of social media, a monetized mouthpiece for hate, bigotry and animosity. Today, Vladimir Putin is counting on this culture of division. Its war on Ukraine makes it even more important for us to recognize Americans we disagree with, not as enemies but as fellow citizens. Friday night you can learn how our cast did it.

Our film will be screened at the Dairy Arts Center at 7 p.m., followed by a panel discussion with four red and four blue actors hosted by District Attorney Michael Dougherty.

You will realize that the solution to our problems will always start with a conversation, not a debate and, above all, in person and not online.

If you can’t attend our event at the Dairy, you can still watch, be inspired, and join everyday Americans who put their humanity before their politics at www.dividedwefalltv.org