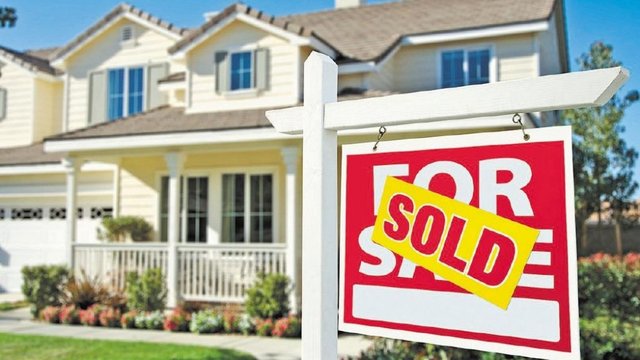 The mayor of Manteca, Ben Cantu, is not the bogeyman.

Nor is he a modern version of Nostradamus.

Yet the second he dares to say the two words “tax increase,” he is lining up in the crowd of pitchforks and torches.

Cantu, as a member of the city council, does not have the unilateral ability to raise taxes.

He also lacks the ability to work in concert with two council colleagues to impose new taxes or increases.

Rest assured that his constant push for a ballot measure for the people for whom the city of Manteca exists to decide what level of government amenities and services they want will be a major issue in the upcoming mayoral election.

The tax is a potential increase in sales tax.

A one-cent jump would generate $19 million per year, an increase of about 30% from the current general fund that covers the cost of day-to-day municipal services such as police and fire services as well as the maintenance of streets.

Given that the door is for all intents and purposes closed in the 2022 election to put such a measure on the ballot, debating taxes now seems a bit moot.

After all, next time, under California law, a tax measure may be presented to voters in the 2024 general election cycle.

And if approved, the extra revenue won’t hit municipal coffers until late 2025.

This is exactly why now is the time to have the discussion.

Unlike the successful Half-Cent Measure M Public Safety Tax which came from the community and not city staff teaming up with consultants to read which way the wind is blowing, Measure Z – the unsuccessful Tax Measure of 2020 – was initiated by staff.

The council at the time put it on the ballot and then – with the exception of Cantu – channeled the chickens and distanced themselves to protect themselves from political fallout if the measure failed.

Not only did that fail, but the passage of time has shown that the city manager who returned to Canada and his sidekick who packed up and moved to Texas used the mess of the city’s books to deduce that the city was going to be in a world of suffering without the one cent sales tax hike.

As a result, a half-truth regarding Manteca’s financial stability received more credence.

It revolves around the misnomer that the city government of Manteca is addicted to building new homes.

This is not exactly the case.

Councilman Charlie Halford is partly right when he says new homes undersize old homes. This is especially true if ownership of a home does not turn around for 20 years or more.

In the San Joaquin Valley, homes typically sell every 13.8 years.

This means a significant jump in property values.

In most cases, the new owners have stronger incomes than the owners they replaced. This means they have more disposable income. As such, they have more money for discretionary spending which tends to include items subject to sales tax.

Removing the safeguards of Proposition 13 — capping property assessments at 1% of the market at which a home sells, then capping annual property tax rate increases at 2% — is not the answer.

In doing so, it would subject home ownership to the ravages of inflation and housing market trends.

Reality must be understood before tax increase proposals are debated.

This reality also includes what Manteca can and cannot provide out of what the city receives in revenue.

It has to start by not just repeating decades-old lines about government, crime, etc.

Halford is right. Crime per 1,000 population, not only for felonies but also for misdemeanors, has steadily declined in Manteca.

This is important to know because any diversion that sets aside — or generates even more money — to go to the police would be at the expense of other problems that have deteriorated.

If someone still wants more funding for the police, then they join knowing what it will cost.

There are those who want everything and do not pay a penny more in taxes.

His delusional thought. He ignores that 85% of local government spending goes to the salaries and benefits of people who provide needed and/or desired services. Not only all of this, but wages and benefits as well as the materials, fuel, electricity and the like that a city needs to function are subject to inflationary pressures.

If council members want to provide options for voters to determine the level of municipal services they want and are willing to pay for, they must abandon their current approach.

Three times in the past five years, the board has relied on consultants and not the community to explore what the community wants and can afford to pay.

They did it with the $68 million recreation plan, the preparation for Measure Z, and now the community priorities survey that was a Trojan horse for the November 2022 sales tax election. that the board has forwarded.

After the November election, the council is expected to form a 10-member Citizens’ Panel, much like City Manager Steve Pinkerton did when Manteca faced massive budget cuts in 2008 due to the Great Recession.

Each board member would have two appointments.

It would be an open and transparent process, just as it was then.

The city could review its books and financial trends in an open and transparent way. They could also identify the cost of increasing services and amenities.

It would also be an opportunity to demonstrate that if the city reduced one area of ​​municipal spending for another, it would have an impact on services.

Then, after a funding process, the citizens’ committee could make a recommendation.

They might be satisfied with the current service levels and recommend that the council not adopt a new tax.

Or they might decide there is a need to increase municipal revenue and recommend to council how to go about it.

Such a process would mean that the views of citizens, as opposed to the survey of consultants, would guide the development of any proposed tax increase.

It would also lay the groundwork for a community push for possible new taxes and not one imposed by the council after being trained by well-paid consultants who are here today and gone tomorrow.

This column is the opinion of the editor, Dennis Wyatt, and does not necessarily represent the opinions of the Bulletin or 209 Multimedia. He can be reached at [email protected]