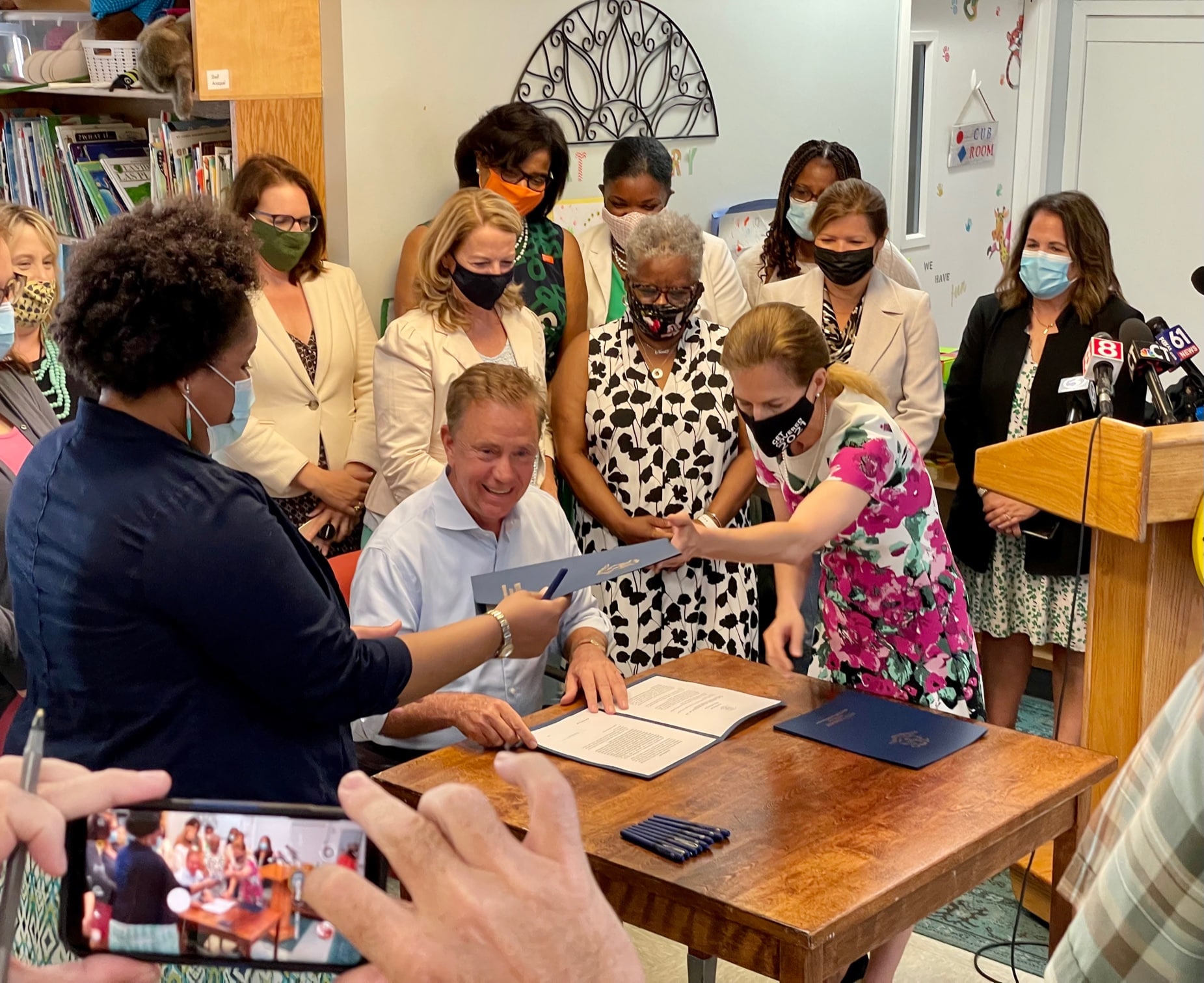 A plea for diversity in the CT legislature, where men outnumber women

A ceremonial bill signed Tuesday at a daycare center used by executive and legislative parents marked progress in making Connecticut’s political world more welcoming to working mothers – and the failure to make the Assembly general better reflects the population it represents.

Governor Ned Lamont has been gently reprimanded for initially failing to address women’s issues in his transition, and then warmly complimented for embracing women’s issues and gender diversity, both in legislation and in his appointments to positions. executive and judicial posts.

The bill he signed codifies a court ruling overturning a ban on using campaign funds to care for a candidate’s child, and it establishes a process for using census data to that state boards and commissions reflect the racial and gender makeup of the state by 2026..

Only a third of state legislative seats are held by women in Connecticut, a part of power that has changed little in recent years. The legislature now ranks 17th nationally in terms of gender diversity.

â€œConnecticut needs to catch up. And this legislation will go a long way to change that, â€said Senator Mae Flexer, D-Windham, mother of a daughter born since her re-election to a fourth two-year term in 2020.

The bill reflected recommendations from the Governor’s Council on Women and Girls, the entity born out of a push from Lt. Gov. Susan Bysiewicz and Senator Marilyn Moore, D-Bridgeport. Moore recalled on Tuesday complaining to Lamont on a post-election phone call about his early inattention to women’s issues.

â€œMarilyn, I think your description of our first phone call was pretty accurate,â€ Lamont said. â€œAnd Susan was pushing hard too. And I want to tell you something – you pushed on an open door.

The women crowded into the Capitol Child Development Center cheered.

The majority of Lamont’s judicial candidates and at least 45% of his top-ranking candidates were women, although his senior executives on Capitol Hill are almost entirely male. The governor urged private sector CEOs who look “a little” like me to open up to a more diverse workforce.

â€œYou are a bad leader if you do what the CEOs of this country have been doing for the past 100 years. They generally said, “Round up the usual suspects,” Lamont said. â€œYou lose a lot of amazing talent with this, and you put your business behind, and you leave your government behind. You’re leaving your nonprofit behind, and we’re not going to stand up for it in Connecticut.

Bysiewicz said she was a rarity when she was elected to the House of Representatives in 1992 as the mother of an infant.

â€œIt’s so important to have women with children who sit in the legislature because they speak on behalf of families in our state and the concerns of so many families,â€ Bysiewicz said. “And when I got to the Legislature, I was the youngest woman, and there weren’t any other lawmakers who had young children.”

Connecticut is only the 13th state that allows candidates to use campaign funds for child care, said Sarah Hague, political director of the Vote Momma Foundation, a nonprofit founded by a Democratic candidate. to Congress who convinced the Federal Election Commission in 2018 that child care was a legitimate campaign expense.

“The first step in enabling a diverse pipeline of working mothers to run for office and win is that candidates no longer have to consider the cost of child care in their decision to run for office,” Hague said. “By making this simple structural change, we can completely change the way working parents, especially mothers, run for office and transform the political landscape here in Connecticut and across the country.”

The state’s Election Enforcement Commission refused to follow suit in 2019. In response to legislative candidate Caitlin Clarkson Pereira of Fairfield, the commission concluded that state-funded candidates for a position State in Connecticut cannot use campaign funds for child care under current rules.

The bill also requires the state to track the race and gender of those appointed to boards and commissions and sets a goal of equity in 2026.

Face mask guidelines: what if the government got it wrong again?

New grant scheme to support UK jobs and businesses, boost the economy and strengthen the union