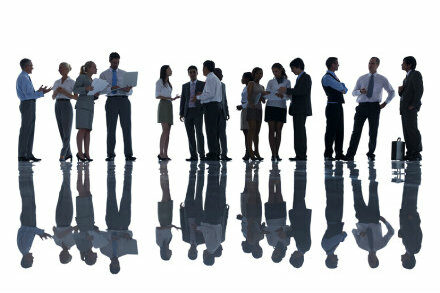 The role of chief executive of the board risks becoming overwhelming and unattractive, writes Nick Golding, editor-in-chief of LGC.

The revelation of the departure of two prominent London City Council chief executives follows the announcement of the retirement of another last week.

However, news that Haringey LBC’s Zina Etheridge will move on to a role in the NHS and Ealing LBC’s Paul Najsarek is stepping down at Christmas, as well as last week’s announcement of Fran Beasley’s impending retirement from Hillingdon LBC, is far away. to be the end of the matter.

It comes shortly after it emerged that heavy hitters Chris Naylor and Eleanor Kelly were due to leave their respective positions at Barking & Dagenham and Southwark LBC.

Sources told LGC they expected at least a third of London’s chief executives to step down in the wake of the all-out local elections in London’s 32 boroughs next year.

Several London leaders are believed to have passed the usual retirement age, but remained in place to fulfill their vital leadership roles during the pandemic. Others are understandably exhausted from the pandemic response and are looking for a way out.

The May 5, 2022 elections represent a natural dividing point for senior officers to end their careers. New board leaders often like to appoint their own CEO and many of those in London may have this opportunity. However, some of the chiefs in office may stay in place for a longer period of time to ensure a smooth transition.

Of course, there is a significant churn rate nationwide among CEOs, who have all worked very hard. Gill Steward of Cumbria CC, Adrian Pritchard of Colchester BC and David Parr of Halton BC are among those from other parts of the country who have recently announced their departure. But the impact of the all-out London election will likely mean turnover there will be particularly noticeable in the period ahead.

A number of prominent figures have expressed concerns to the LGC about the limited number of candidates from which to choose replacement leaders. Yes, local government in London and beyond has enormous talent, but the problem is, there haven’t been the same career development opportunities that there would have been in the past.

A survey for the Society of Local Authority Chief Executives & Senior Managers, released in September, showed that 89% of its members were concerned about the pool of staff with the skills and qualifications needed to fill the most senior board positions.

The pandemic in particular has been a time of relentless firefighting for many senior officers. It didn’t offer much thought-provoking or space to familiarize yourself with areas of a council that are beyond the usual area of ​​responsibility of a potential leader.

Above all, many officers are simply exhausted. They are in danger of burnout; they want to see more of their families and not have the weight of the world so firmly on their shoulders. The worlds of the private sector or the consultancy seem attractive in comparison.

A senior executive said this week of the CEO role: “Who the hell would want that? It’s 24/7, all the time!

And someone who would once have worn the mantle of “rising star of local government” and be exactly the kind of person you would tip for a prominent position, recently told LGC that they value freedom very much. offered by his entry into the board. They even got to see their families.

The danger is that the role of the chief executive becomes so onerous that boards will find it difficult to fill these positions.

It reflects the role of director of children’s services, which has become notoriously difficult to fulfill. A number of boards have been forced to pay a lot of money to temp workers, causing negative headlines, such is the difficulty in filling the position.

In her expenditure review submission, Solace called on the government to develop a national workforce strategy for local government, a local leadership academy, and to develop career frameworks for professional disciplines facing challenges. particular problems of recruitment and retention.

We must also question the wisdom of ministers on the issue over the past decade. A war has been waged over executive salaries, while Eric Pickles’ crusade against the “town hall cookie” has hardly given the impression that local government is a pleasant industry in which to work. Meanwhile, austerity has forced councils to slash their top leaders, leaving even more work for survivors.

And then you add the loss of civility in our public discourse, the growing abuse of social media, and the general collapse of the public’s faith – or at least the faith of a boisterous part of the public – in whoever comes into the picture. civil service and that hardly seems like a wise career move.

Then there is competition from other parts of the public sector – in particular the NHS. While the salaries of council heads are surely lower in real terms than a decade ago, managing directors of integrated care systems are expected to receive salaries of £ 250,000, according to the Health Service Journal. If you want a hard job, you might as well follow the money.

The value of a good CEO has never been higher. Thank you to those who have taken on this costly role.

All minds must now turn to the viability, sustainability and attractiveness of the role of head of council. It may become unbearable.

The tariff loophole for secondary residences will be eliminated